"Fast paced action jRPG that will suit your hunger only if you are a fan of the series. Uninspired design and repetitive replayability will turn you off more than on. Graphics are also top notch. Not." 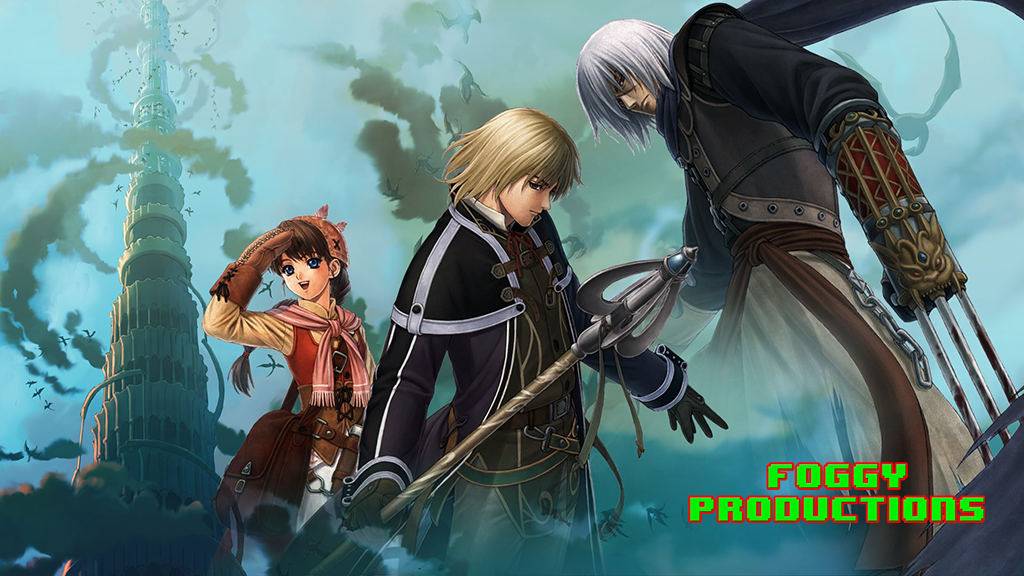 Ys Origin is an action role-playing game developed and published by Nihon Falcom for Microsoft Windows in 2006. In 2012 XSEED Games published an English-language localization of the game, via the Steam and GOG platforms. Port to PlayStation 4 happened at February 21, 2017th. That way my cue to try this game.

Ys Origin is a prequel to the six previous installations of the Ys video game series. It takes place 700 years before the events of Ys I: Ancient Ys Vanished. You will learn about backstory of Ys, Darm Tower, the Black Pearl, the twin goddesses and the six priests. The game has three playable characters: Yunica Tovah, Hugo Fact and Toal Fact. By completing the game with each of the characters you will see more dimensions of the story. That is main concept of the game. Sounds interesting, expecialy for series fans. 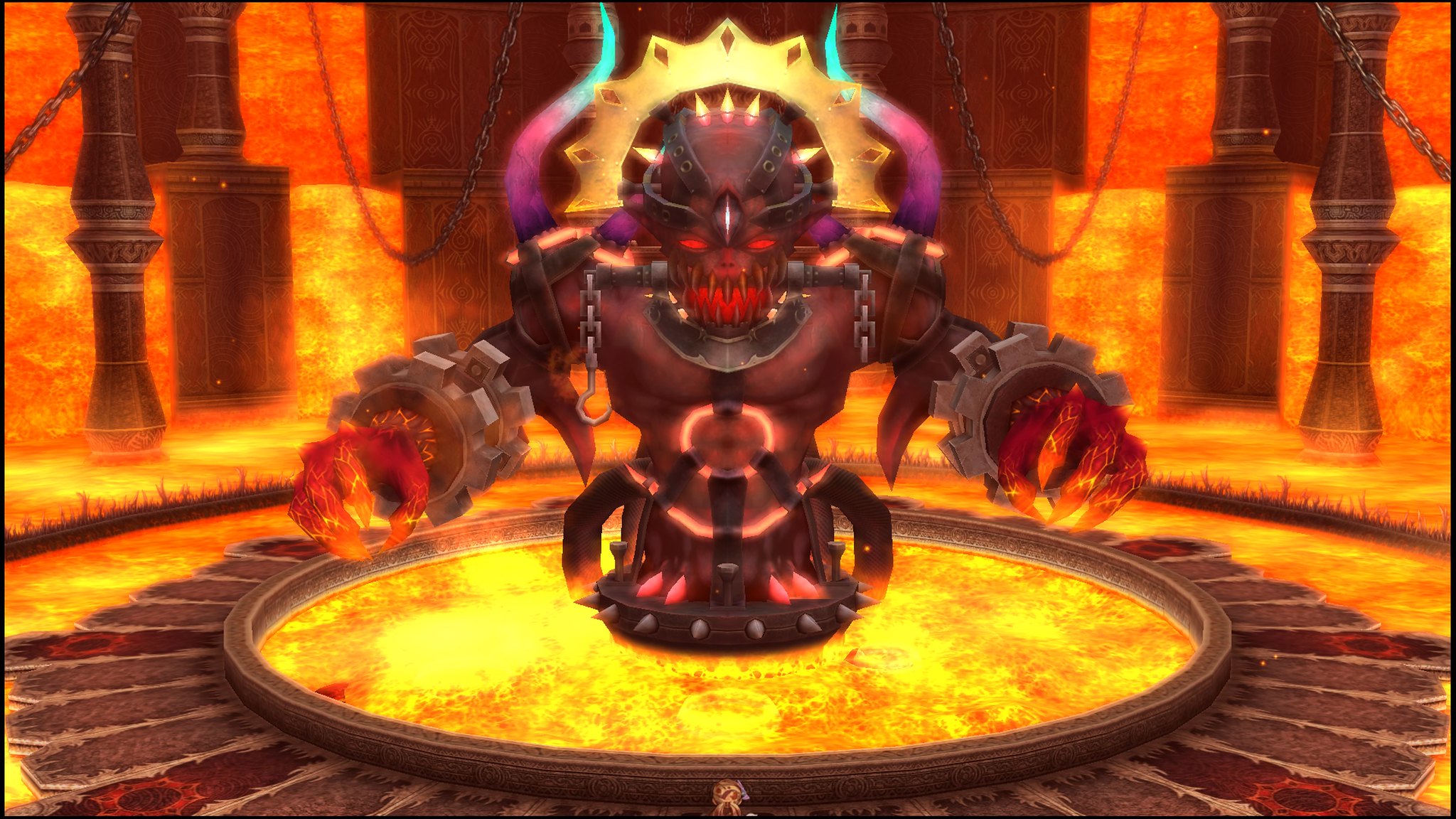 Ugly and nasty boss. Not as ugly as graphics though. At least boss battles are good.

I really enjoyed latest entry: Lacrimosa of Dana. Even though it was a bit outdated with graphics it had strong soundtrack, decent story and great action pace. So, what can go wrong with this one? Well, a bit apparently can. You will start your journey selecting one of 2 characters available from start. Yunica uses axe for close combat which will make your life a bit harder than for example using Hugo. He uses long range attacks and is considered as easy mode. Ys Origin is still an action jRPG where you will mash attack button until your hand stops working. Events take place in Darm Tower which consist of numerous floors and you guessed it - You will have to make your way from bottom to the top. 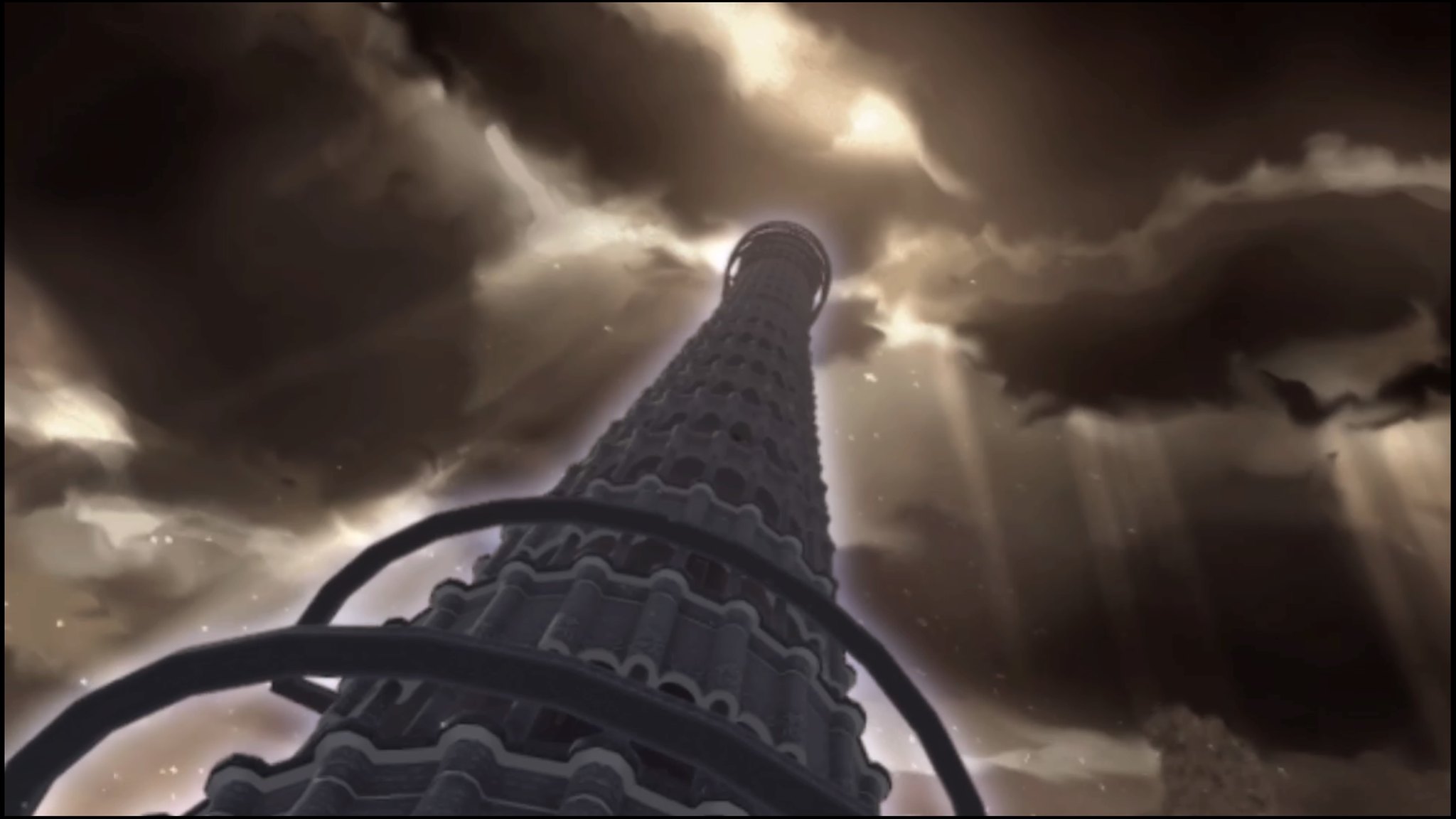 You will hate this tower, believe you me.

Tower design is not ambitious at all. I don't want to spoil much here, but in general you will face different environments every few floors. In each set of floor there are some bosses and challenges. The worst thing is that all playable characters go through same levels with minimal changes like some different bosses and since all 3 characters have different special skills, accessing some boxes and collectables will be different. But 90% is identical and it will get ultra boring after finishing the game for the first time. You will collect weapons, armors, leg armors, different accessories, some upgrade items and items you can use interacting with certain NPC's throughout the tower. There is nothing to heal from your inventory so you will have to depend on enemy drops. Enemies also drop skill crystals which you can use on save/heal points to upgrade your equipment or learn environment skills like more frequent item drops or for example better healing drop items. 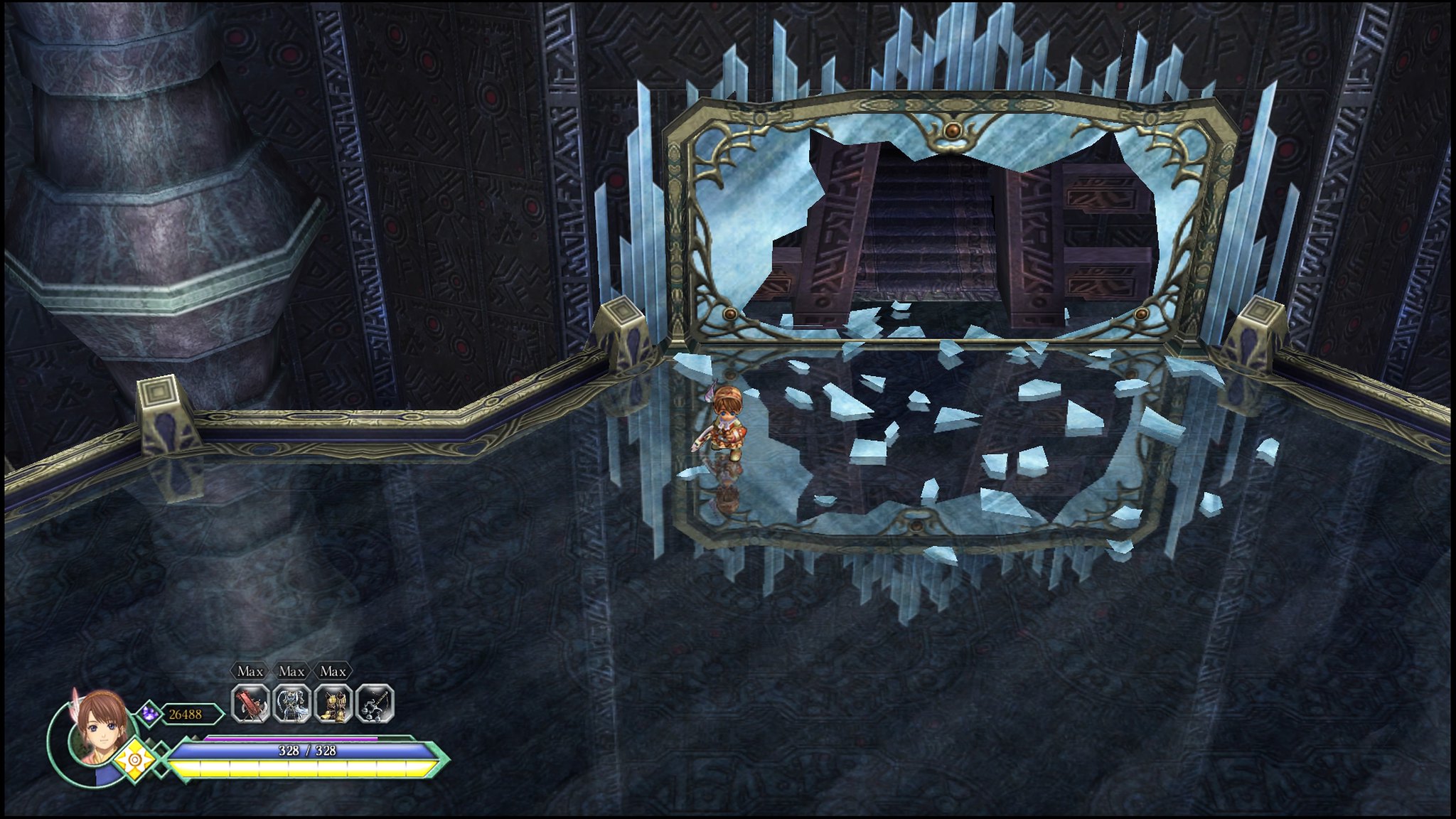 Level up and break some glass. Yunica is so badass with her axe. Yeah, like that is the case...

The best aspect of the game is definitely its action. Its fast paced, smooth and interesting. Combine that with 3 different special skills and there you go. Special skills are different for each character, for example Hugo have protect skill which can save you from a hit. When you upgrade that, it can protect from more and even inflict damage, all you have to do is to hold button for activation for some time and release it. Those skills are your solution to everything, depending of the type of enemy you inflict more damage to certain ones. It’s easy to circle through them as well.

Alongside of that, you will enjoy boss battles. Each boss is unique and fun in its own way. On lower difficulties brute force works well, but if you ever beat the game with all 3 characters to unlock nightmare mode and actually try that mode, prepare a bucket of nerves. It gets so hard and frustrating, sometimes impossible to beat certain boss. What is takes then is to level up few times and try again. That is one of the big problems of the game. It never gives you fun things while replaying, nightmare mode is literally grinding for 2 hours before boss, memorizing all patterns and do a perfect run. Leveling is very time consuming as both skill crystals and EXP from enemies is minimal. You can't depend on upgrades (which works great on Normal for example), just on your level. I really disliked that, played the game 7 times and 70% of the time I had to grind. That is no fun at all. 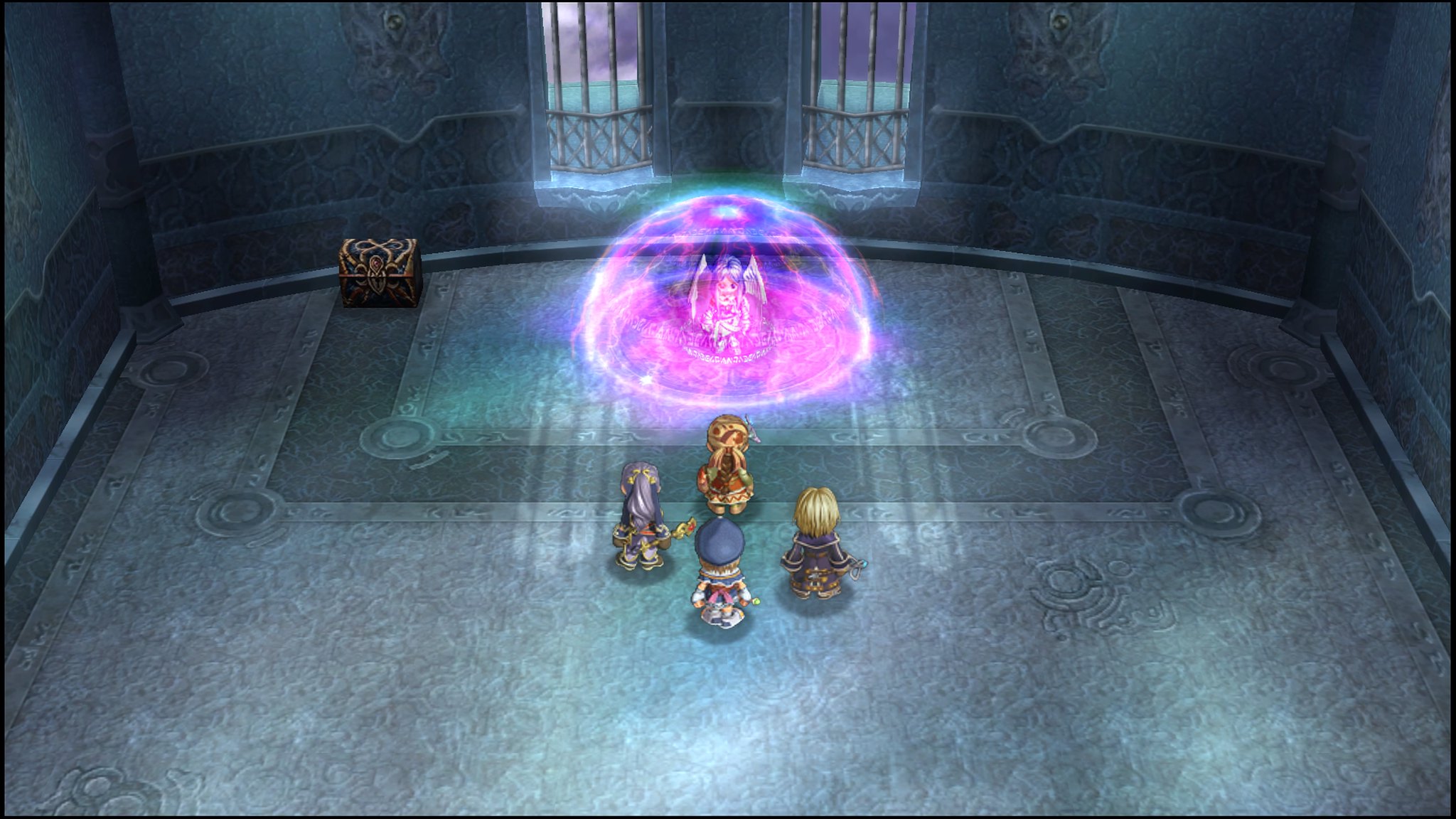 Often you will be stopped to listen to some dialogues. I found them a bit boring.

If you ever beat the game, which will happen only if you like all the action gameplay or you are not normal and go for platinum (which is me), you will unlock Arena and Time Trial mode. Arena is just playing some stages of enemy groups to collect crystals to use in Bonus Shop to buy EXTRA costumes/modes for characters. Those can help with nightmare mode as they can extend your range or stuff like that. But it’s all few hours of a grind to buy them. Time trial is the worst thing ever. For example there is Boss Rush mode where you can fight all bosses in a row. Expect to retry a lot. Expect that game will crash and you will start from beginning. As it is not frustrating enough. 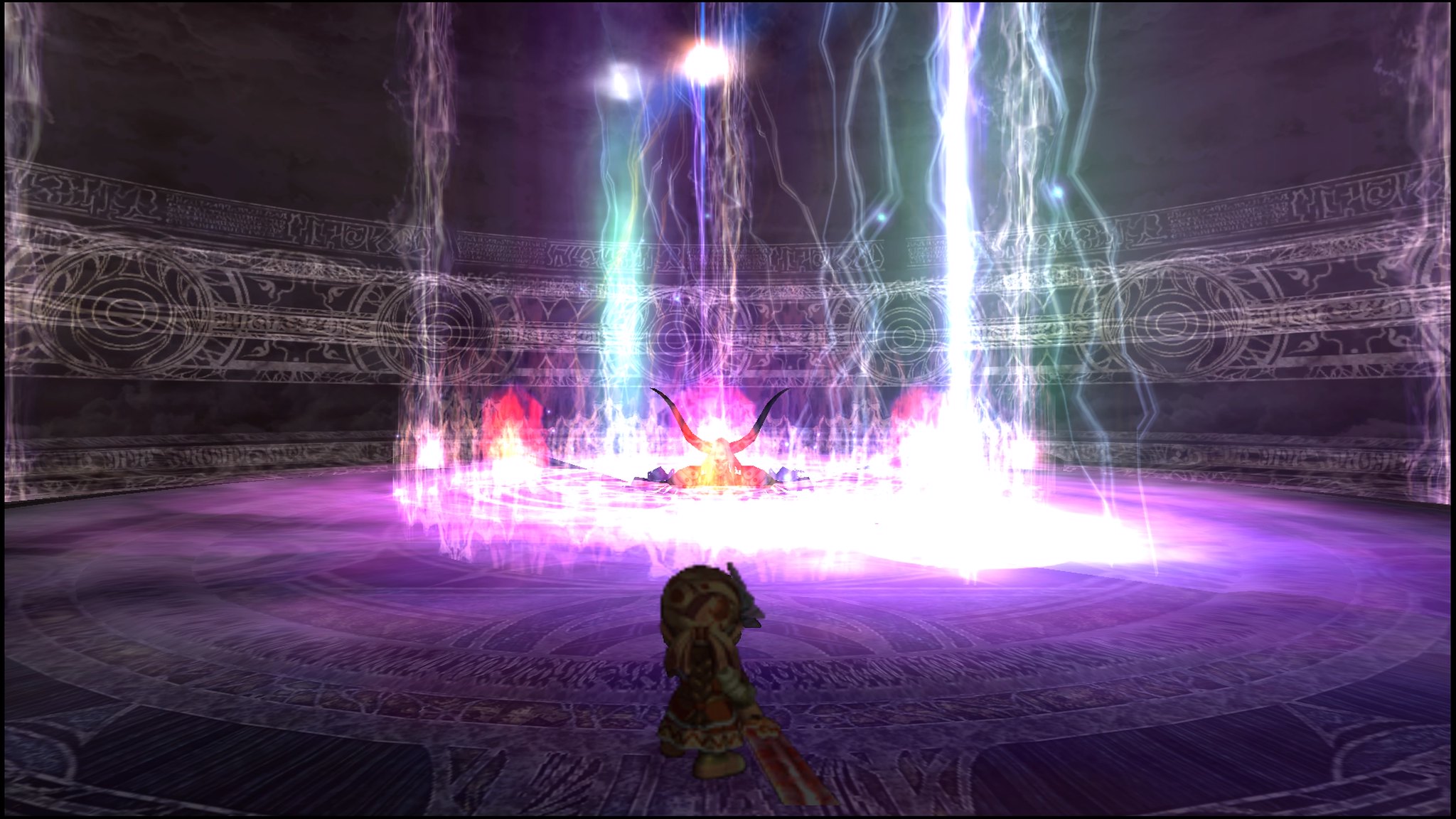 This game will not feed your expectations. For one run it can be fun, but story and level design is bellow mediocre. Challenges are a bit fun, and gameplay is a lot of fun, especially later on and bosses. I like double jump in the game as well. I'm just not impressed with everything else. Toal is cool character, but to unlock him you need to finish the game as Yunica and Hugo, which is not likely to happen. He will present challenge even on Normal, imagine then what will happen on Nightmare. I really like the challenge, but grinding your way for hours is just boring. Playing the same stuff 6 times to unlock all content is not fun. If you really like Ys universe and action type RPG's, go for it and at least finish it. Its a 8-10h game if you do all on your own and explore. For Platinum trophy its 50+ hours for sure, and it will kill your will to live. Music is good though, at least you can enjoy the soundtrack. But that will also be drowned as killing an enemy will reward you with awful sound of them dying. I expected more of this entry, but got mediocre experience. Fans of genre and fans of series, go for it. Others, nope.

"If you just miss that pain in your arm that occurs by pressing one button gazillion times and you like 'em action based - still do not try this game. Make yourself a fan and just then go for it."