"Alright, Rabbit and Bear Studios started they production! In this prequel learn a lot about New Nevaeh, your girl CJ, Garoo and Isha - are they a bunch from the Hundred Heroes? We will find out next year, but until them, check this out." 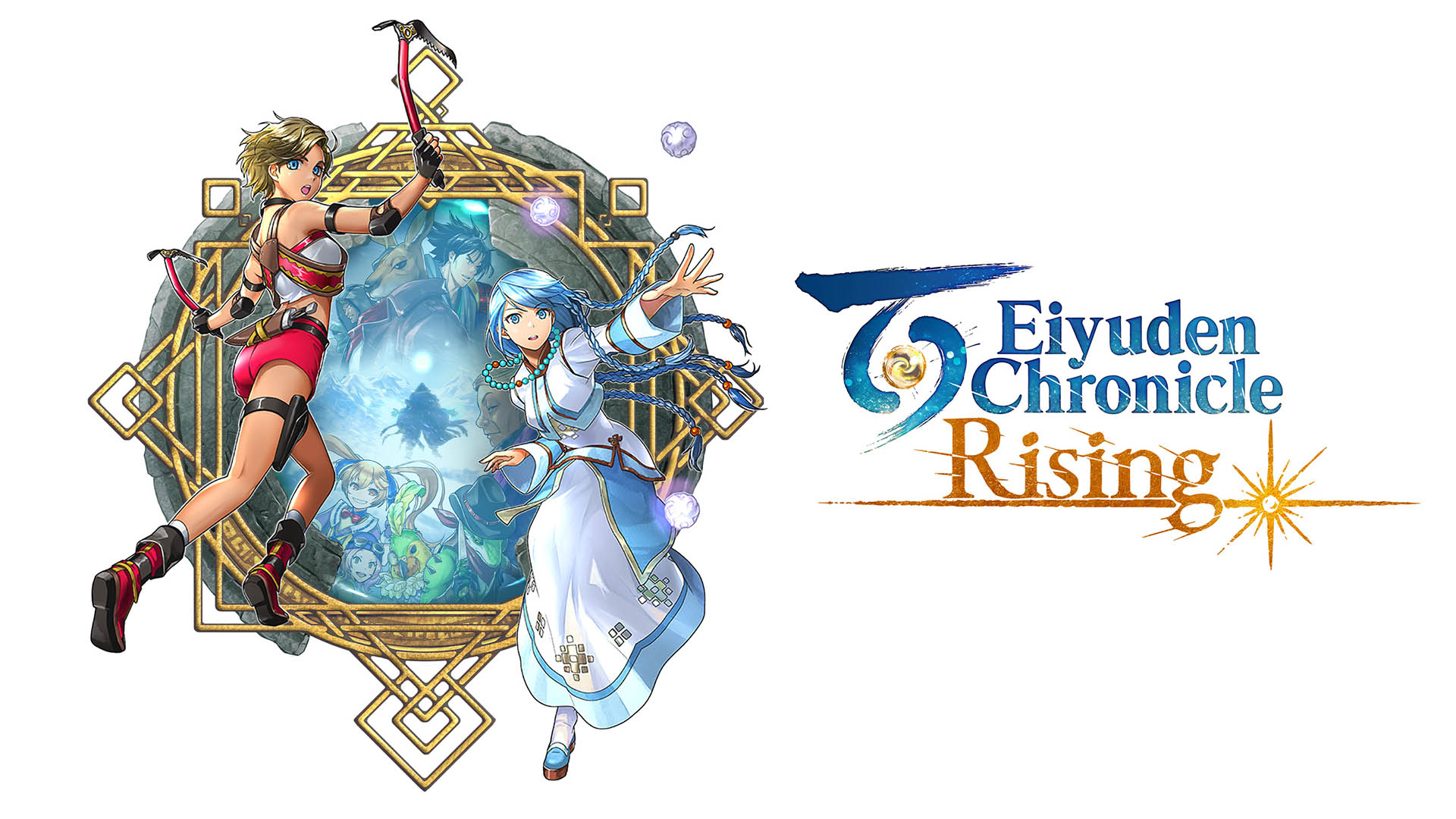 When it comes to Suikoden team, I cannot be more thrilled. So much time has passed from the last good title in the mentioned series, but that is about to change. The spiritual successor to the Suikoden series should be Eiyuden Chronicle: Hundred Heroes, which is yet to be released. Before we hopefully experience what we’ve all been waiting for, Eiyuden Chronicle: Rising is out – it’s new Rabbit and Bear Studios title, first to be more accurate; the one that should serve as a prequel to the main title (and it was also team’s stretch goal in the Kickstarter campaign).

Rabbit and Bear Studios consists of the heroes who made great early Suikoden games. Their Kickstarter project was founded by a dozens of gamers, leading to couple of million dollars. I’m really happy that former Konami’s employees are still alive and kickin’. Rising is an action role-playing game where we can experience a small chunk of the story and the world of Hundred Heroes.

Meet CJ. Also, meet the game - what you do at the start is what you will be doing for the rest of it.

By playing this title you will experience the tale of one town's rise from the ashes. The player assumes the role of a teenage girl named CJ as she arrives in the town of New Nevaeh in search of adventure and treasure, where she meets other characters who joins her as party companions. Along the way you will learn about the lenses and other treasure in the nearby Runebarrows ruins, and you will be the handyman who helps the town’s poor present after the earthquake events.

I liked the story part of the game, and I’m thrilled to meet the 3 main characters. I think the story will be great in the main title, but here it felt a bit as a chore, mainly because of the game’s design. In this side-scroller everything is about grinding and building the town. The way how they envisioned the progress tends to be painful considering that most of the progress ties to fetch quests that are both main and sidequest. You will always follow the same path: talk to people, find people, gather some resources in dungeons, deliver, craft, repeat. That can last up to 10 hours if you really what to complete all of the missions, or up to 18 hours if you want that 100%. I think it’s 7 hours too long – especially when the long part of the game - the side-content; is really dull and everything is one big fetch quest.

Team is cool, but the backtracking is so not. Upgrading facilities in town unlocks different kind of upgrades, so if you want everything, you will have to do everything.

So, like mentioned, you will venture into dungeons, explore them, find some treasure chests, go a bit back to the town to get more tools and accessories so you can reach new areas, and that’s about it. Dungeons are really simplistic. Of course, you cannot reach all areas when you start, so you will have to backtrack a lot. And I mean really a lot. Upgrading armors in town unlocks new field abilities like double jump, and crafting elemental amulets gives you elemental powers needed to destroy pillars blocking your way in certain dungeons. It’s a classic metroidvania recipe, just really simple. When the game doesn’t give you much satisfaction and variety in combat, you end up expecting better days in its story, but when you keep on fetching for 10 hours it gets dull easily.

Music sounds promising, and combing that with beautiful pixel art is what I loved the most. I prefer turn-based combat, so I’m really in for learning about this upcoming world and characters. Garoo and Isha seems like decent characters. I hope they will not end up killing some of them like they did to the good old Gremio in the first Suikoden – man, I’m still not over that scene.

Dungeons are usually short, each having different enemies and a boss fight. It lacks variety, especially when it comes to combat. You might want to fish a bit, or you may skip - other than unlocking some trophies, it's not really worth it.

If you want to upgrade stuff, you need to help people. Getting more jobs means having more stamps. They serve as a proof of one hunter helping out – and that is what you need to do the whole time. I’m sad that the side-content is not interesting enough. Neither the character nor the conversations feels in place; it’s all just a filler to suck more hours from you. Too bad.

If you want better resources, weapons skills, and other neat stuff – don’t even think about ditching the quests. Leveling up with combining crafting stronger versions of what you carry is how you progress. Even without half of that progress should be enough – if not, you can always go on the Easy mode. On Normal it felt, well, normal, and I would recommend that difficulty.

When you encounter certain enemies, you will have to attack with different characters to get a head start. Garoo can take down shields of bigger enemies, and Isha can destroy magic barriers. The more you upgrade your arsenal, the more link skills you can combine. Link skills can be triggered when attacking with different characters (and that is done by mashing different buttons in middle of the combo) – they increase overall combo and damage output. That will come handy when finding the boss battles. The boss battles are also really simple, the only real challenge are the last few boss fights, but that’s about it.

I wish more boss fights are challenging. You can mash your way through easily, or you can be really bad and just heal with potions. Everything besides getting money in this game is easy.

As much as I loved rebuilding New Nevaeh, learning about the Lenses in this world (hopefully they will grant powers like Runes in Suikoden titles), and bonding with my team across dungeons – I’m not fully satisfied. This game gave me a glimpse of the feeling for Hundred Heroes, and I liked that part, but for the most of what it is it was not enough. Maybe it’s because of the action-based combat and unrewarding dungeons.

If you want to check out the beautiful art of Rising, give this a chance. Just be careful, it’s a fetchy game that will for sure not satisfy gamers who are not in it for the upcoming Hundred Heroes. If you look at it for what it is – you might enjoy it. It’s short and sweet after all (but bitter at the same time).

"An action JRPG with a beautiful pixel art, suiting music packed in one big fetch adventure. If you're looking for a standalone title that will blow your mind, this game is not it."