"A bitter taste of nostalgia in a game where basics were supposed to carry out the rest, but somehow they got stuck 25 years ago without much effort to make replaying worthwhile." 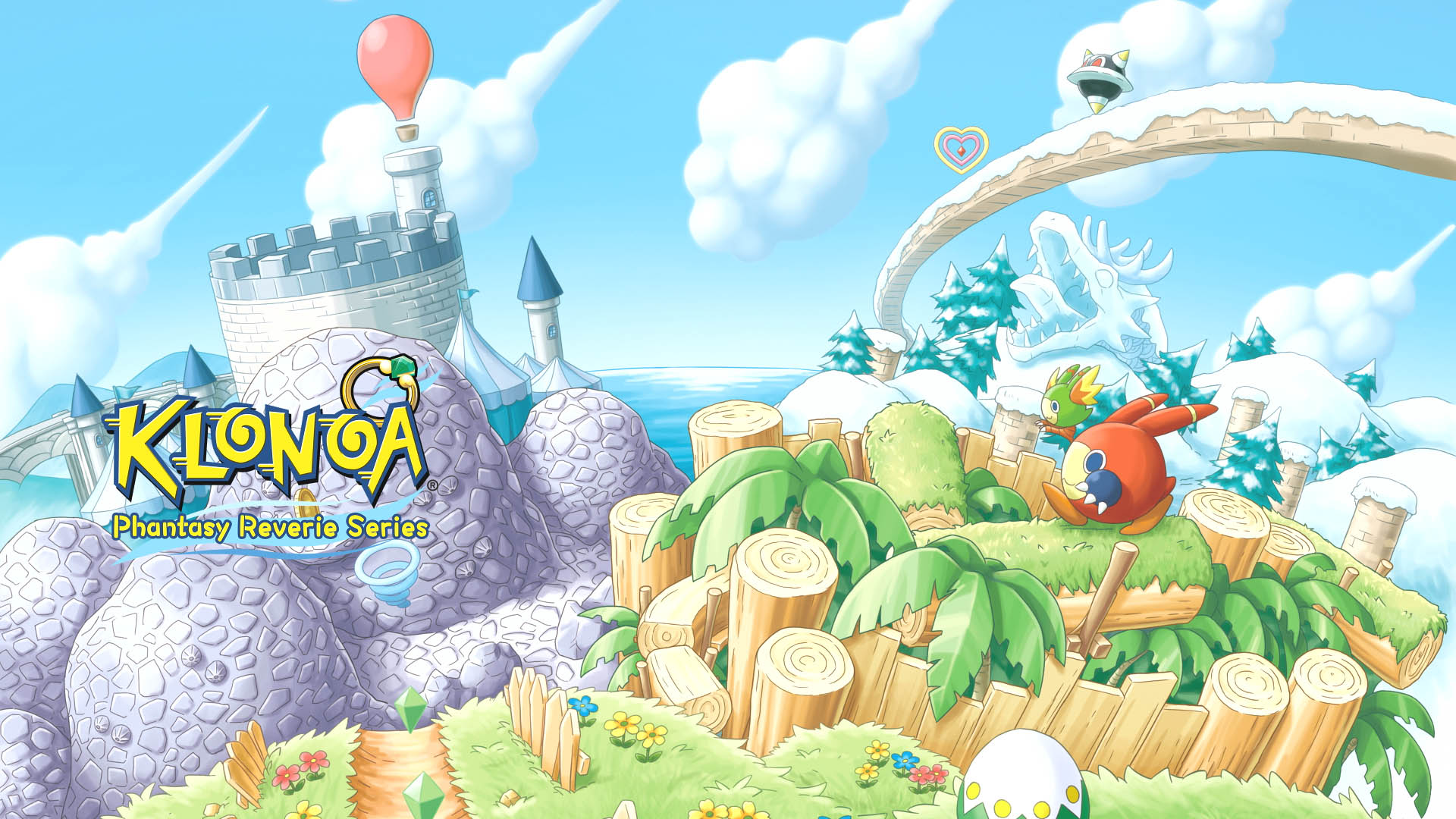 In a sea of remasters and remakes, Klonoa Phantasy Reverie Series will swim alongside of what we’ve already experienced in the modern gaming world. It was officially announced on February 9, 2022 as part of a Nintendo Direct broadcast for the Nintendo Switch along with a release date set for July. It was confirmed for Windows, PlayStation 4, PlayStation 5, Xbox One, and Xbox Series X/, and it was developed by Monkey Craft, who previously worked with Bandai Namco on another remaster, Katamari Damacy Reroll, which was released in 2018.

Phantasy Reverie Series features remasters of the platform games Klonoa: Door to Phantomile (1997), originally released on PlayStation, and Klonoa 2: Lunatea's Veil (2001), originally released on PlayStation 2. The remaster of Door to Phantomile is built from its 2008 Wii remake developed by Paon. Do we expect the full price here? It is 40$ on the store, which doesn’t seem like a lot, but I want to explain what to expect here. 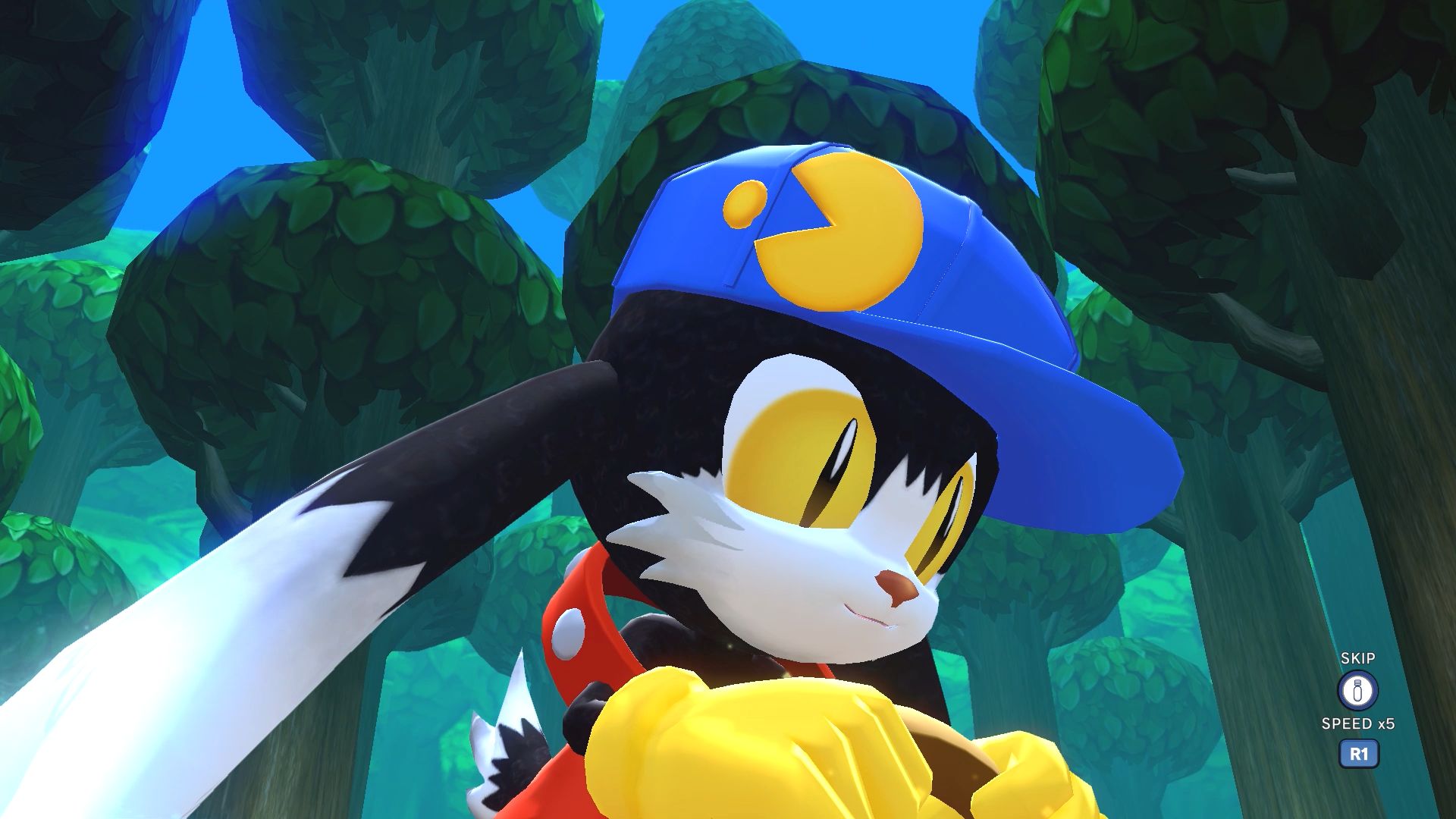 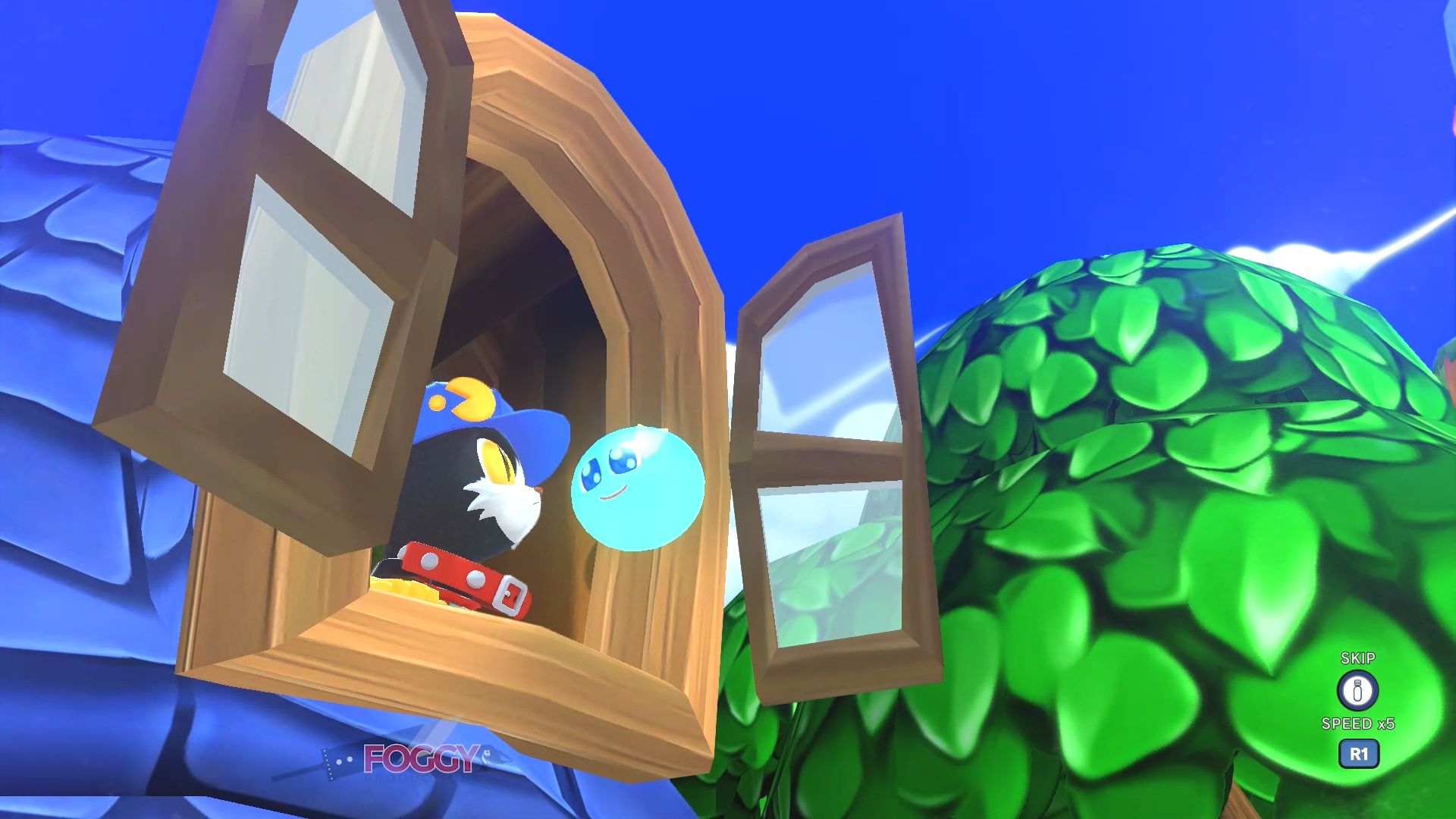 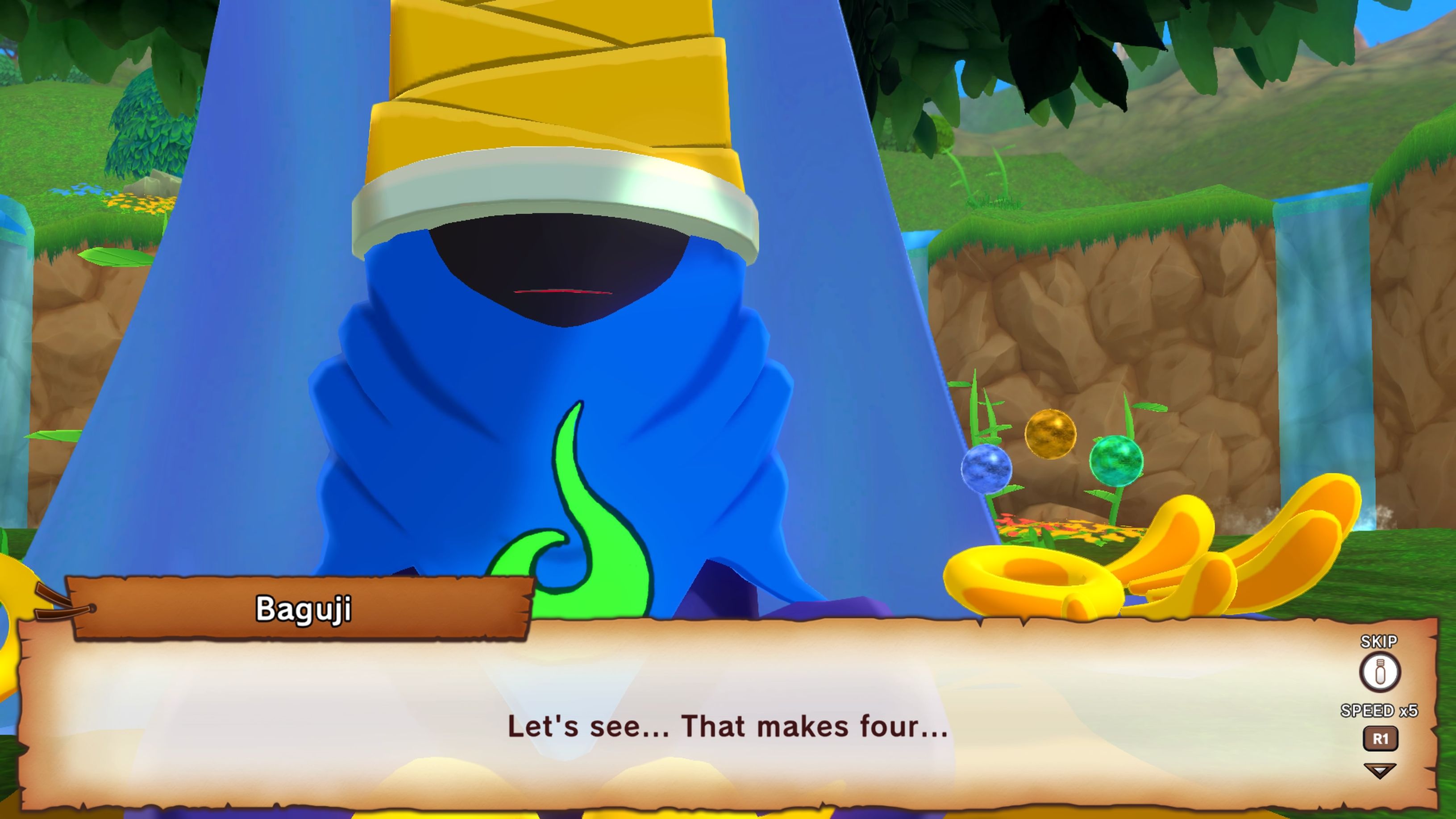 Welcome to Klonoa remaster, where 3 makes four. I think this explains very well what I think about this one.

I can’t even grasp the days of my childhood anymore. It seems like a distant memory, and 25 years proves it. Was nostalgia always this strong and does it makes our vision of the past a bit crooked, influenced by our early days, simpler times and simpler games?

In my case Klonoa was a game that I never wanted to play. There was just something off about it, considering there were games like Kirby and Crash at the time. I loved these, but I just watched my old man plays through the Klonoa franchise. Remaking games from our past proved to be easier than making something new and original, and when they do a fine job like with Resident Evil 2, I don’t mind. It’s just, they don’t do it as good. And that is just pissing me of.

It’s inevitable for some games to lack certain aspects 25 years later. When we talk about games like shooters, platformers, games that had their strength in graphics; they have one thing in common: they just don’t “grow” old properly, their mechanics tend to be ran over by newer games that did a better job. 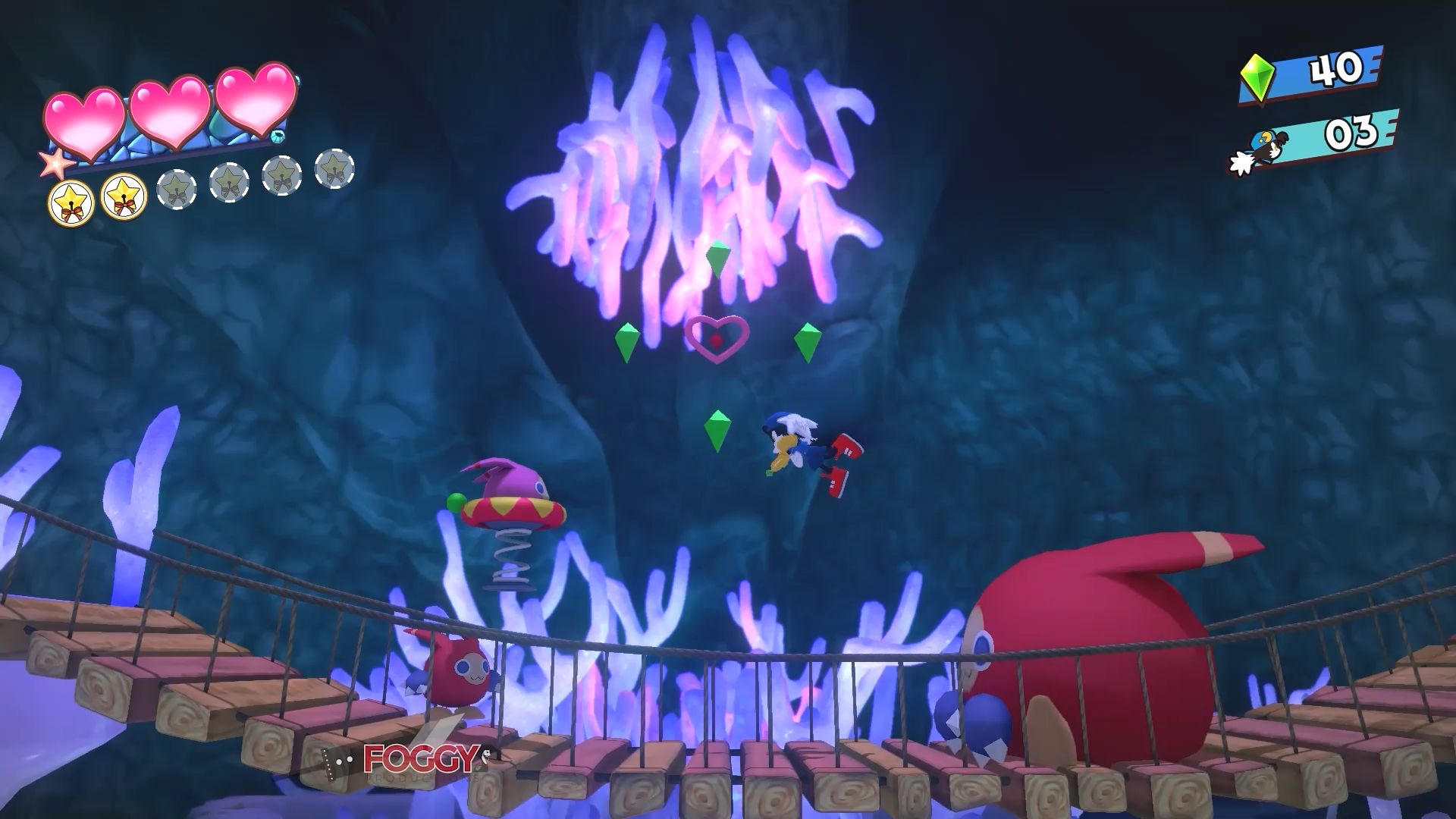 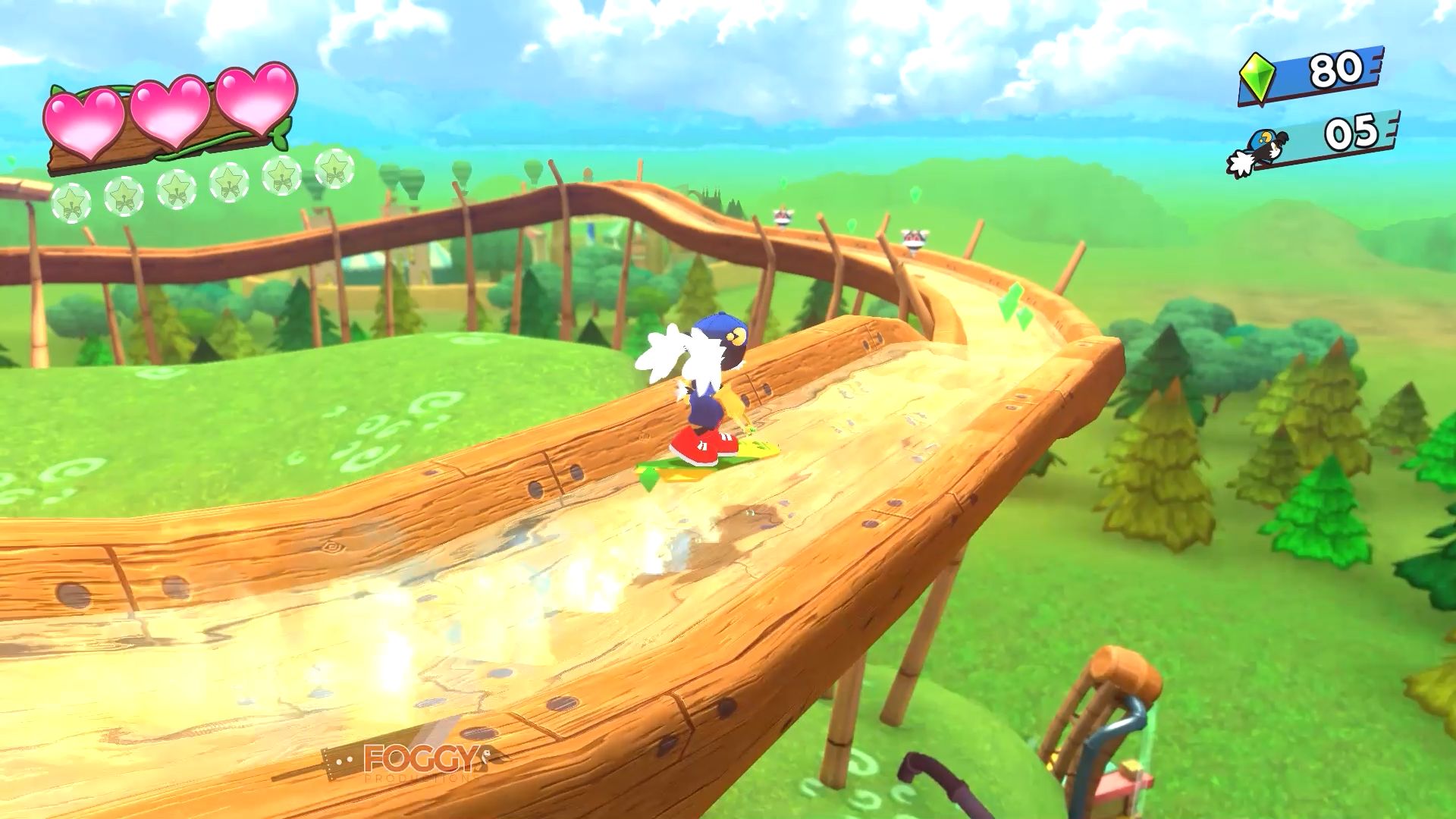 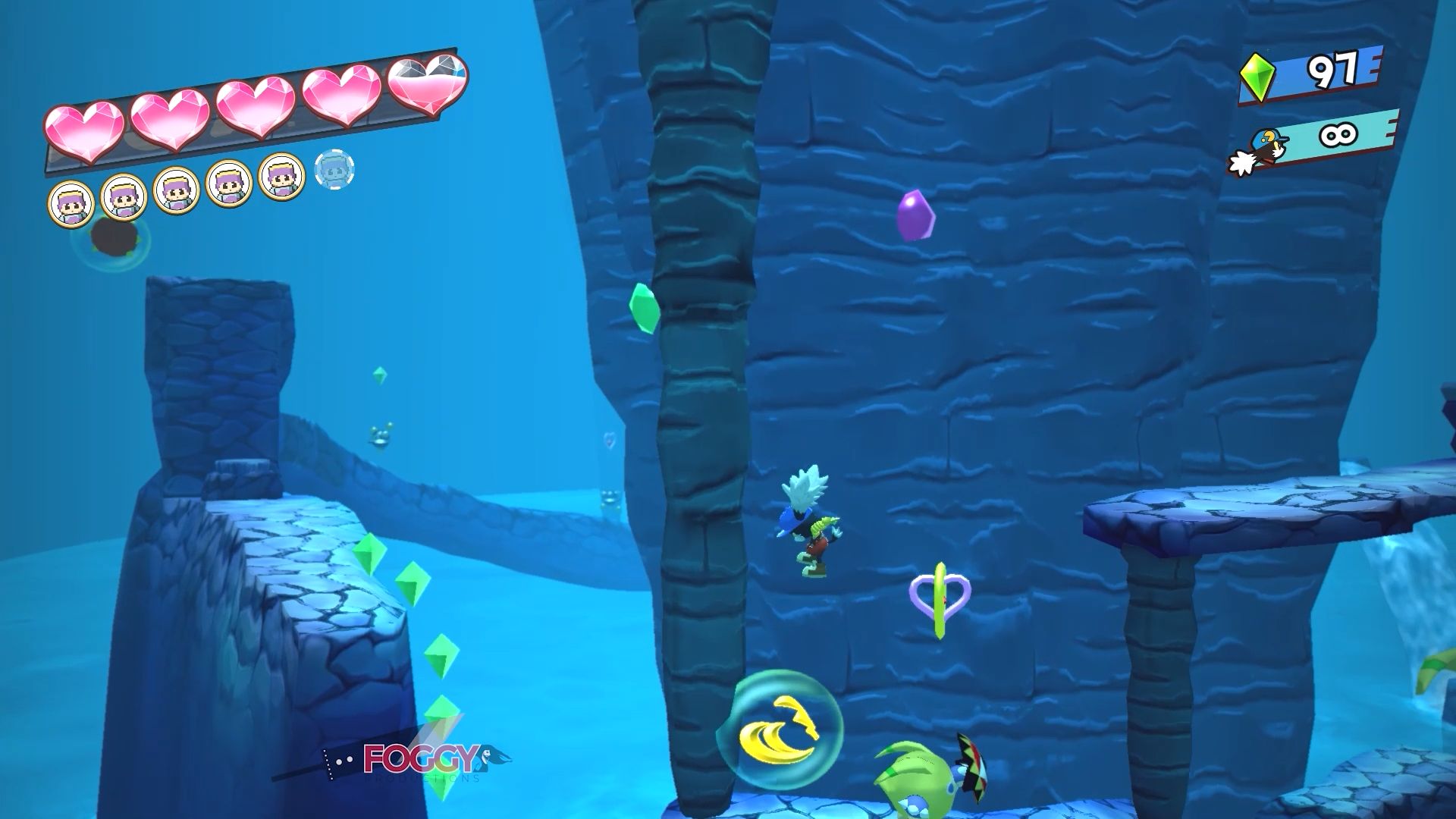 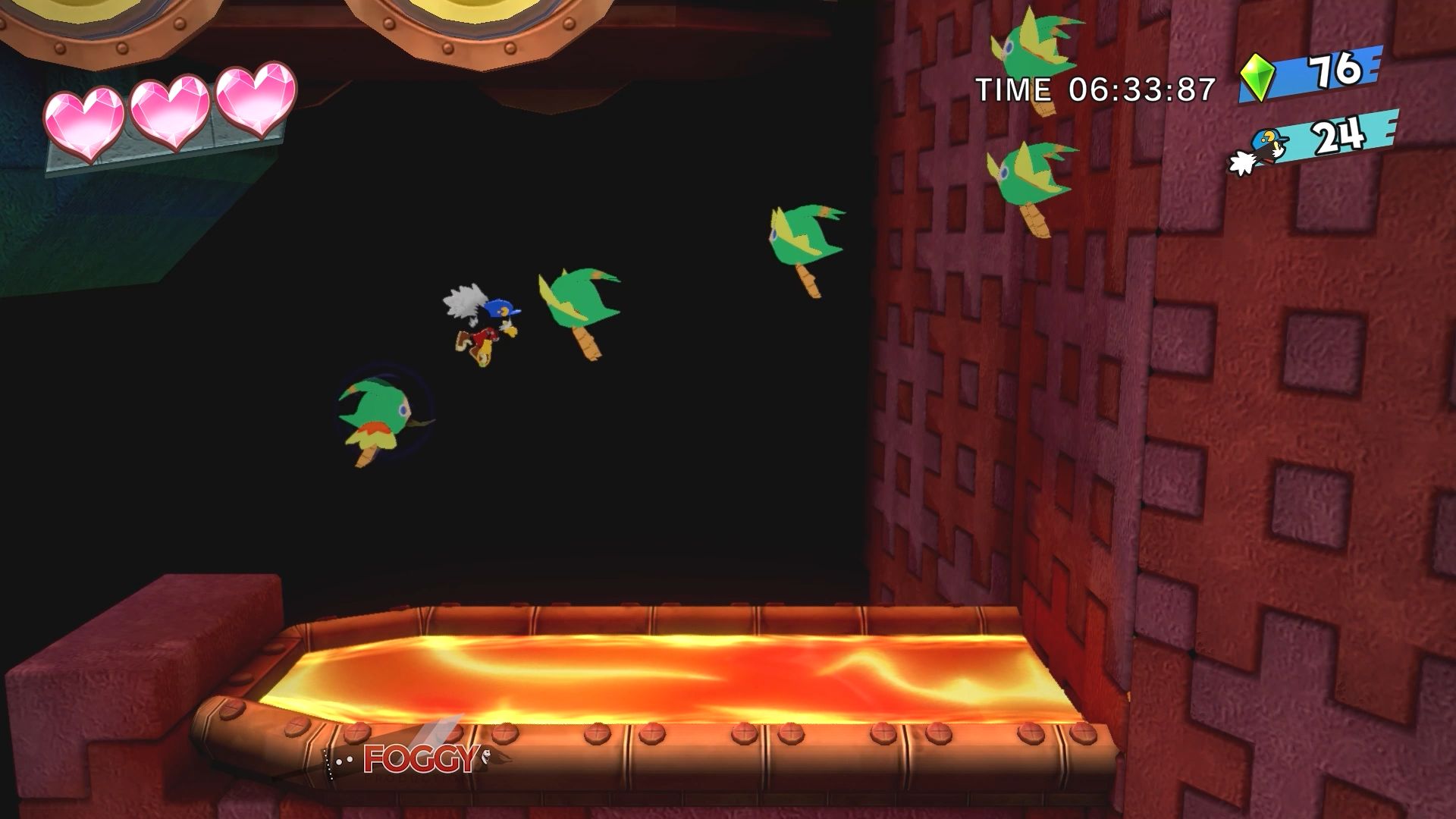 The game is too simple to be good 25 years later. Nothing is new, nothing is really remade with details. What should we fall for other than nostaglia? It's really a shame that the surroudings looks like this.

In my opinion, first 2 Klonoa games where maybe solid at the time, but now? They have nothing to offer now. What was good back then, it’s not even close now, especially when you played Cuphead or new Crash Bandicoot (which I freakin’ loved!).

Although Spyro was a solid, cute remake, Klonoa is not. The scope of remaking assets is here somewhere in the middle; characters are fully remade, they look good, while the backgrounds tends to look like upscaled graphics from the era of their creation. I don’t know what the idea behind it was, maybe I just expected more from a game that comes at almost a full price, which ultimately, I didn’t see here. Nothing that you look at here is appealing. I can’t honestly remember one decent scene that I wanted to screenshot.

It’s funny how we are always sensitive about the scale of change when remaking dear games from our past, and this one is almost a 1:1 remake. It was supposed to be a good thing, right? Archaic, dated mechanics should be also remade. When something was not at the certain level it’s supposed to be improved to give us a better experience nowadays. That is my biggest problem here, the gameplay is dated, clunky at times. It made my experience frustrating instead of fun.

Why not including the original games like in Medievil remake? That is not here, but all the levels and extra bonus levels are. 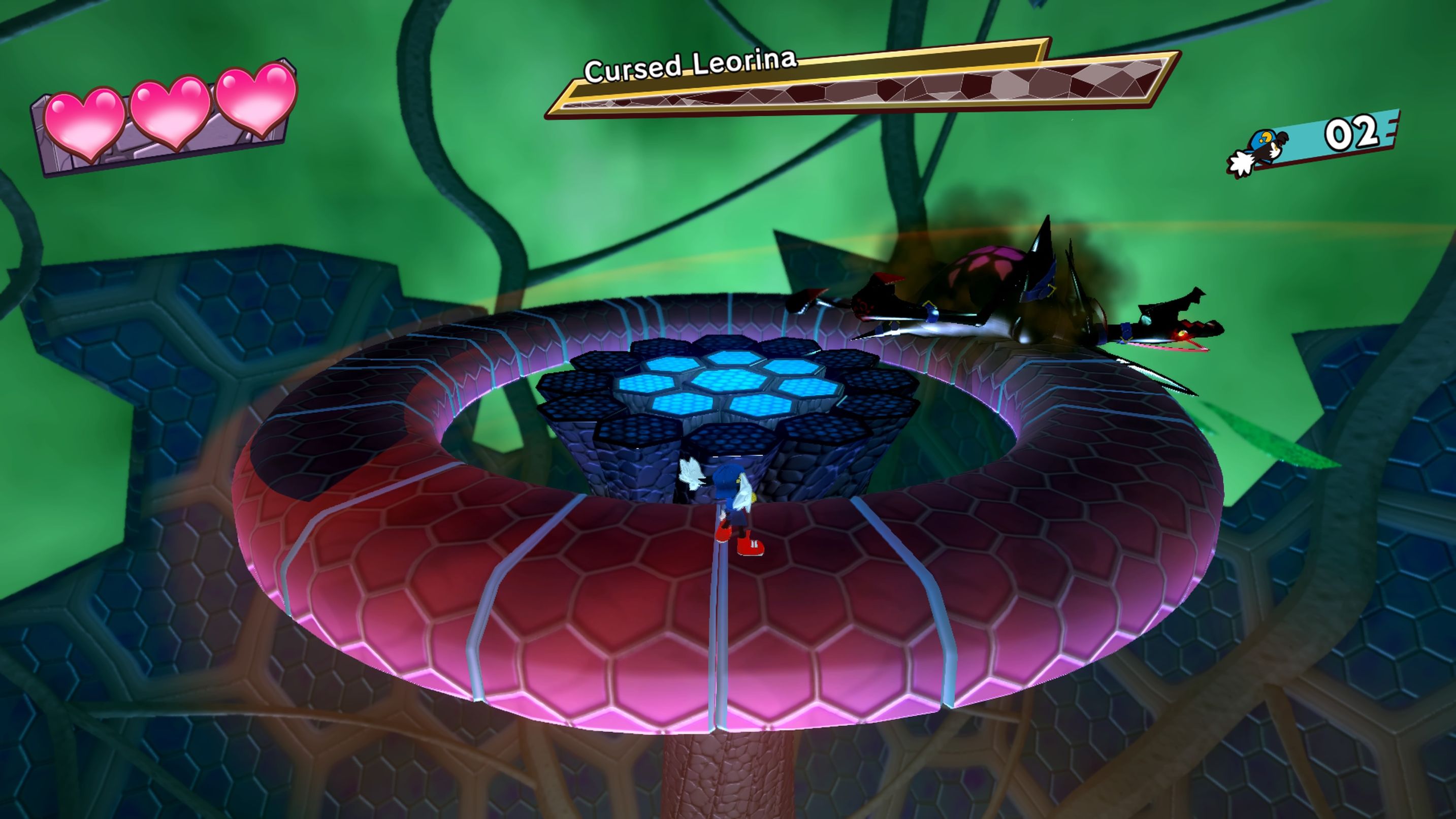 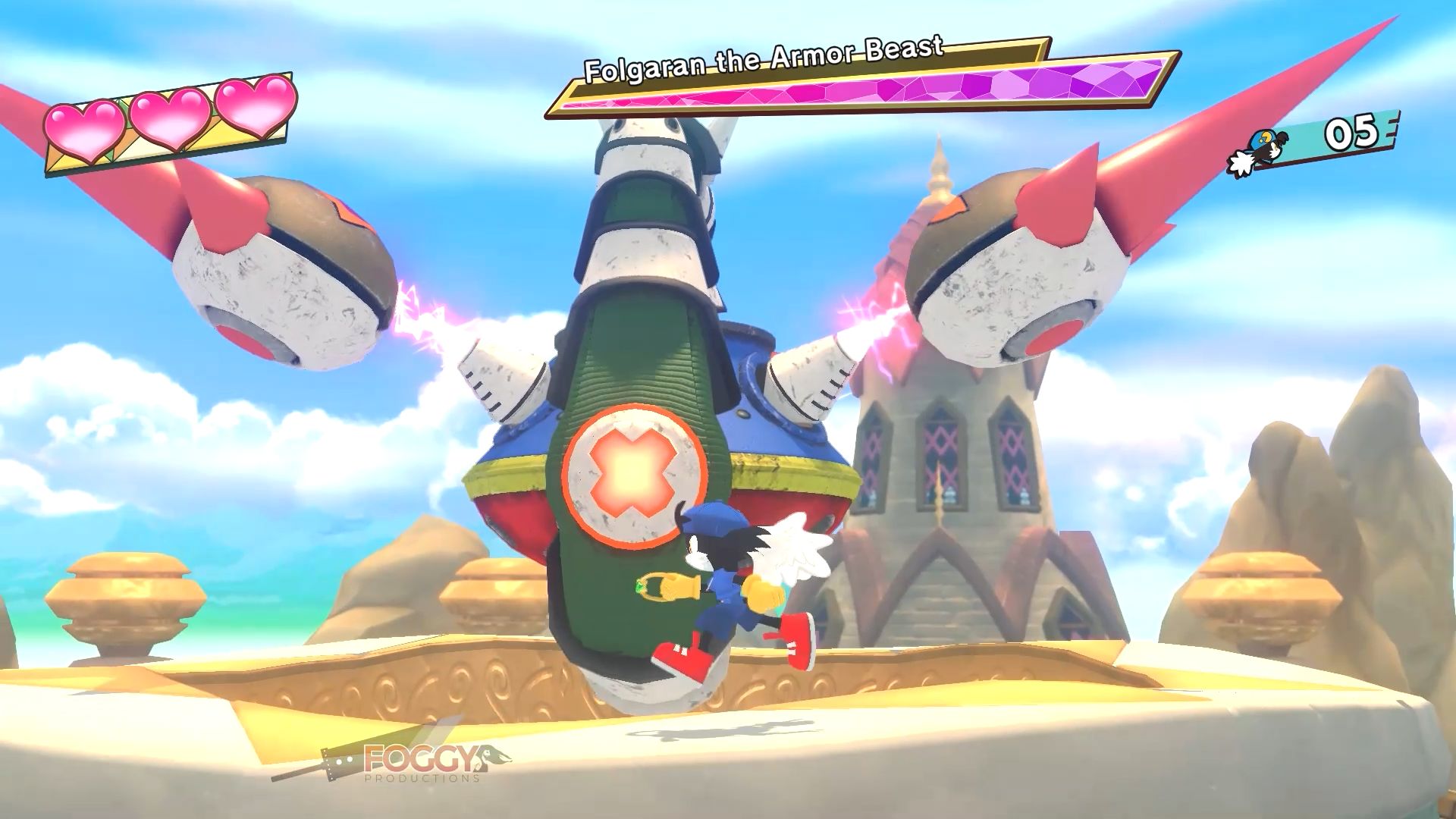 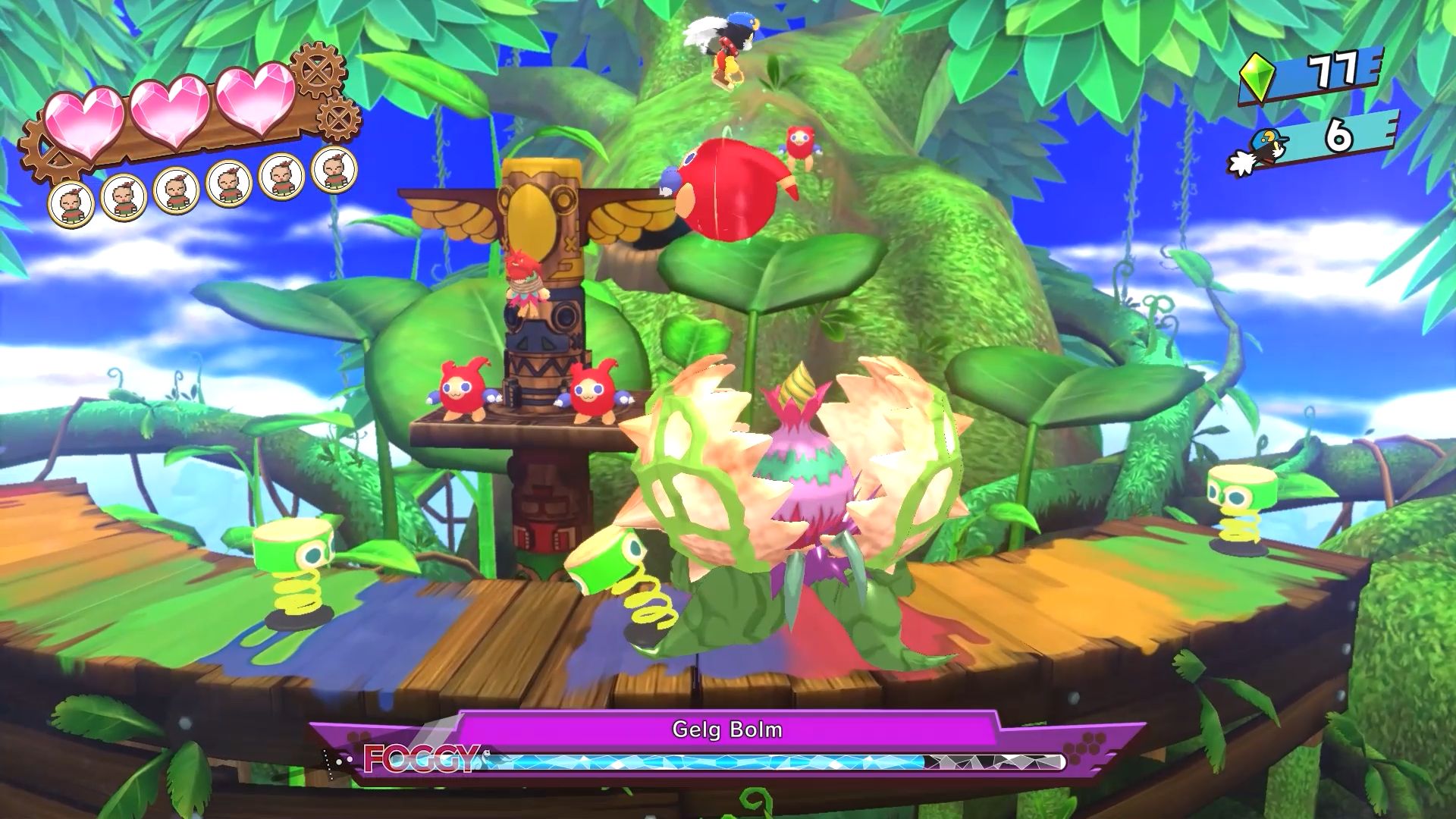 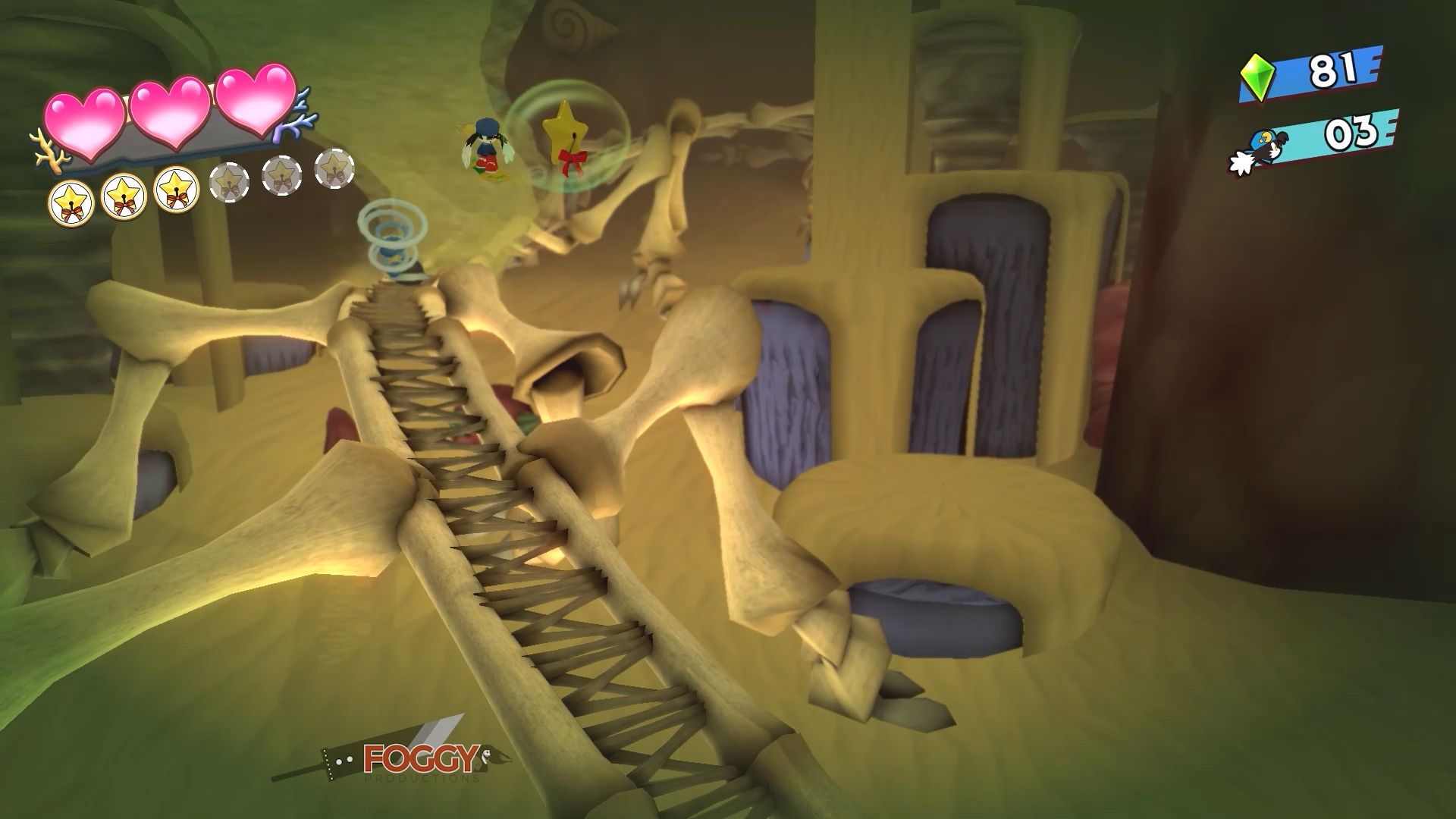 Collect them all! And try to defeat some bosses with frustration. The one on the first picture is a pure atrocity. Snowboard levels are a welcome change to a stale gameplay, but they lack better controlls.

There is not much to say about the story itself. The game is made for kids at early ages, not for old gamers like myself. Scenes are basic, they will give you some insight about our hero and the world he finds himself into. I mean, it’s not like Crash has a better story or that the story is even important in platformers like these. The sound, music and other accompanying aspects are solid, can’t say I experienced problems or something off here.

When we talk gameplay, we talk about jumping, grabbing and shooting. I explained most of the game with the previous sentence. In the first title there are only stages where you need to reach the end, maybe collect some stars, and usually beat a boss. Nothing special, easy when we talk difficulty. When you grab an enemy (boy, it’s hard to sometimes grab someone when you are in the middle of the air), you can perform a double jump or shoot the enemy away. Some levels requires you to combine these mechanics and that tends to be a lot of fun, but due to stiff controls it’s not as much. Try beating extra level in the first game without dying. It’s like they intentionally want you to pull out your hair.

You can also jump and prolong the jump by hovering a bit. It can save you often, but then again, combining grabbing with this was just atrocious. Every time I died it was because something was off while combining all of that. When you have a simple side-scrolling platforming game you just have to offer the best of the mechanics that the players will use all the time. It’s not like the game has secret rooms and challenges to get some variety from. 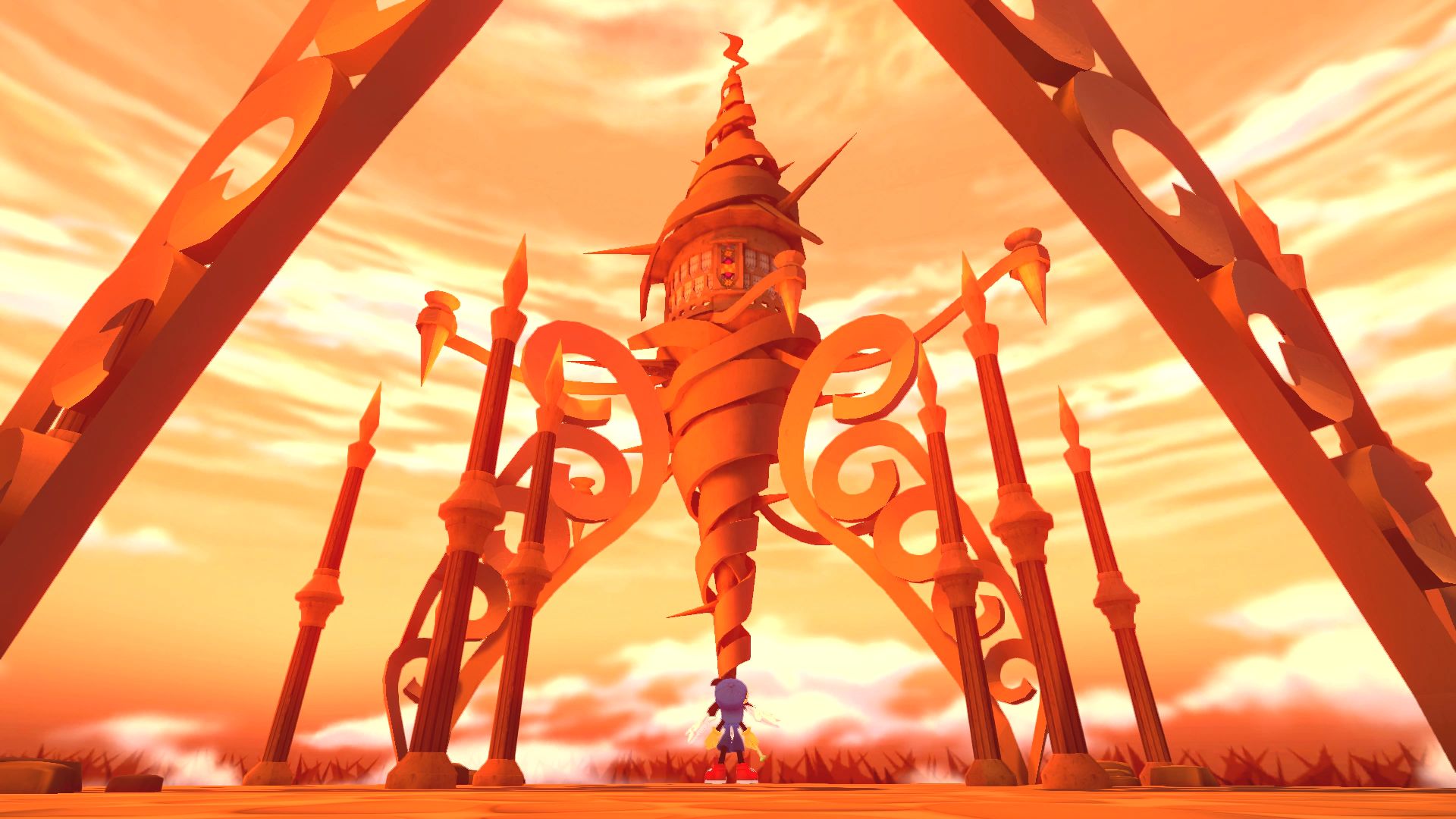 If only all artwork looks like this. There are just few scenes that I can call an eye candy, the rest is not even worth to be called a remake.

Klonoa 2 is better. There are snowboard stages (with terrible controls and movement patterns), and the boss fights are better. One of the boss fights made me so angry I almost quit playing the game, it was so badly done.

I think that some games just aren’t for remaking. If companies tend to do it, please, then do them properly, make the game appealing and polish the parts of the game that should carry the game. Otherwise, we will remember our nostalgia with a grain of bitterness that will not be washed off even in the upcoming 25 years. At least that was the case for me.

"One of the remasters where 1:1 doesn't mean still good."