Review | Life Is Strange: Before the Storm

"I thought my life was strange. Then I played Life is Strange. Now everything is strange. Oh, what a strange start of a review. Endure 3 episodes of drama – it's better than movies anyway." 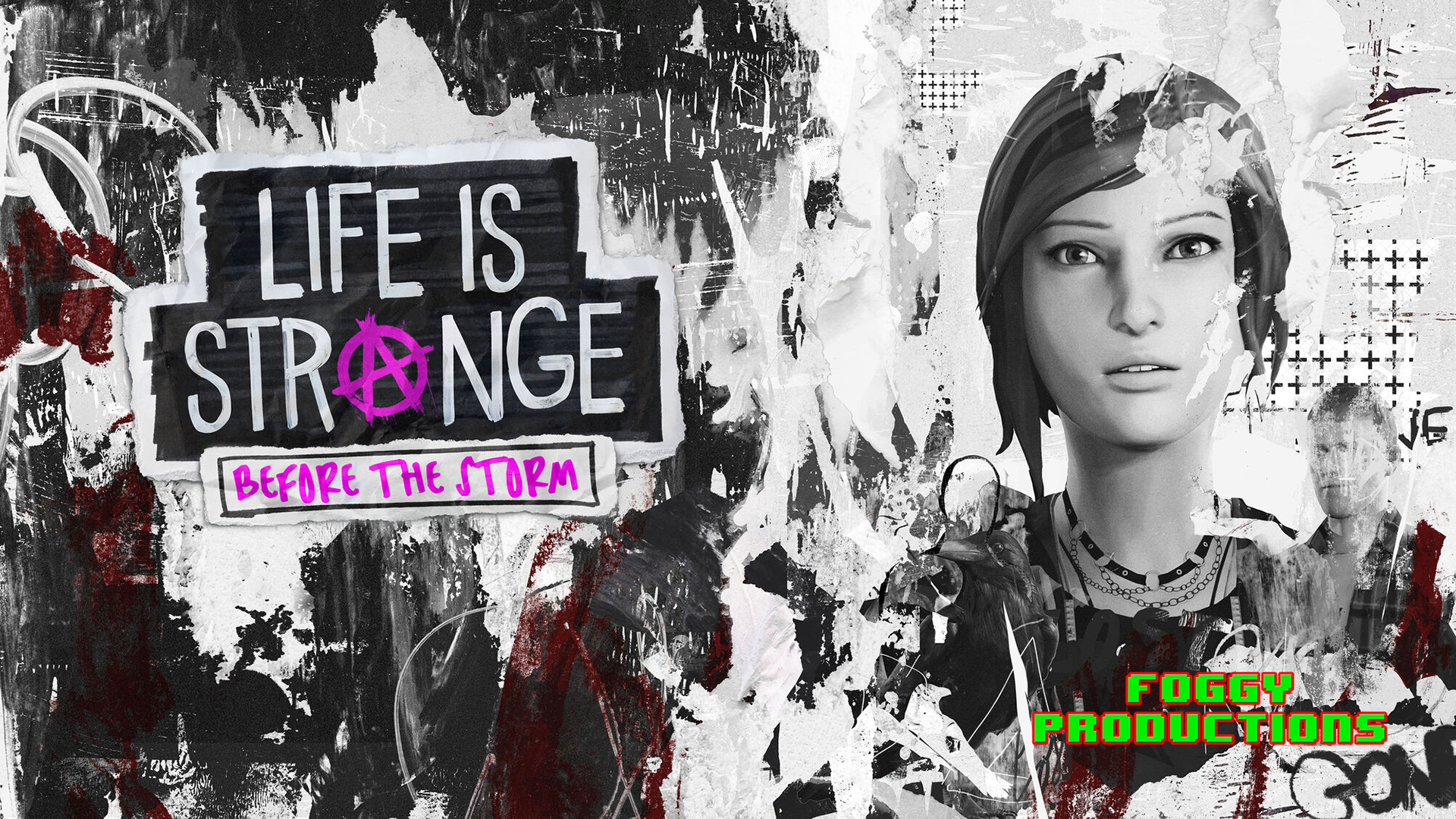 I know I'm late with this for almost 2 years, but better late then never. If you played the first Life is Strange you already know most of what to expect here. For those who don't, this is an episodic adventure game where your every choice matters and it will affect the outcome of some situations. This title is a prequel to the story from the first Life is Strange where you play as Chloe Price which you had opportunity to meet in first game. Basically, it’s a teenage drama with strong and deep emphasis on feelings. Maybe that sounds a bit like a turn-off for most people, but I’ve found my share of likes for games like this, especially for Life is Strange series. Even SquareEnix is behind it, so has to be good heh (big sarcasm). 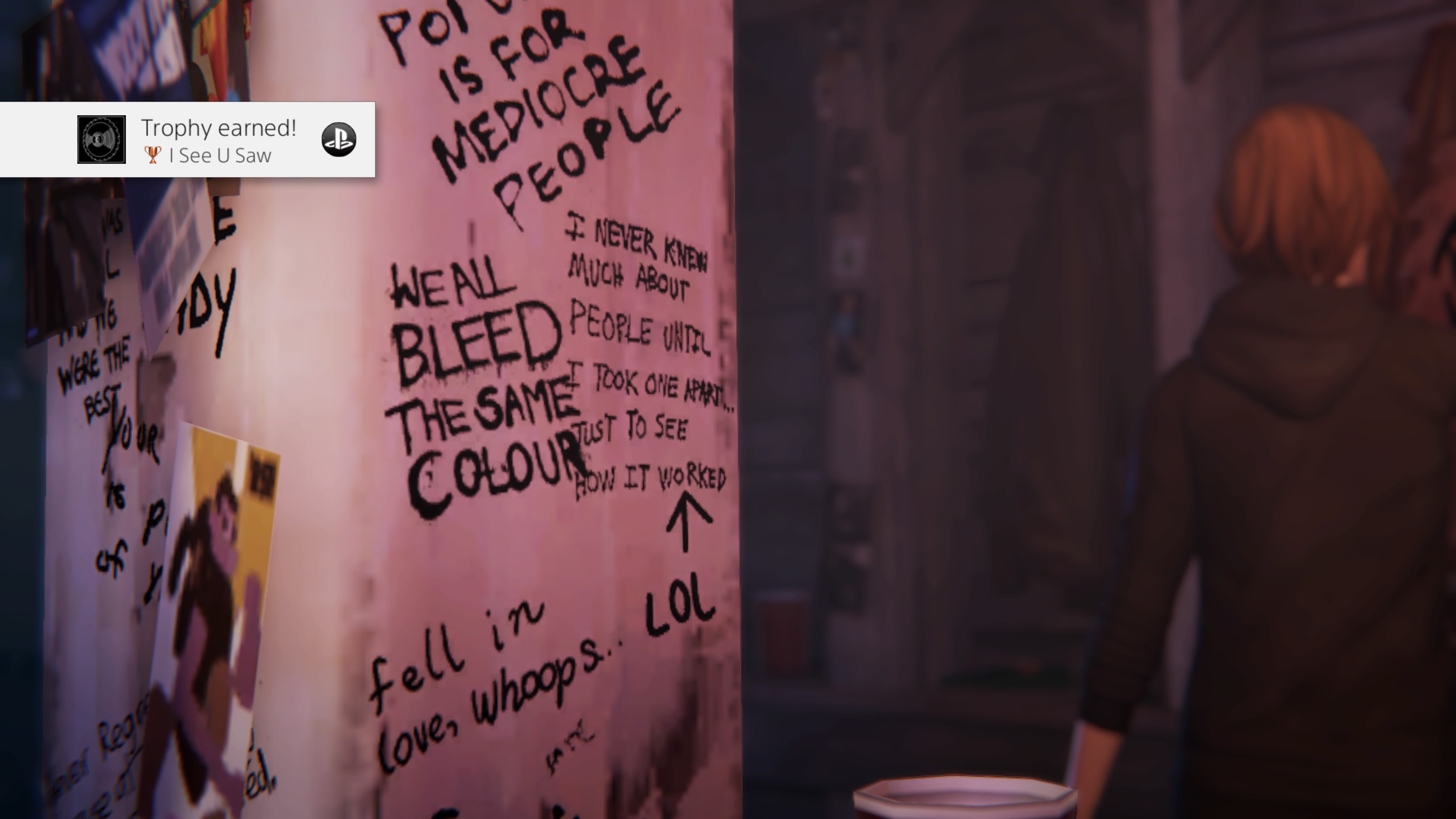 Start as vandal from beginning. Paint those walls with drama.

Who is Chloe? She is a 16-year-old troublemaker. Her life is a bummer, her dad died in car accident and mom is dating a douche with a mustache. Nothing against mustaches but David is a douche. The story is a struggle with feelings, acceptance, weirdness, school and many more things like in everyday teenage life. Whatever you do will affect your future, so make sure to grab that pot from your dealer at the beginning so you can have an awkward moment in the future. That in a gist is the game. You are often limited to area where you are and all you must do is interact with object and perform some decision when prompted. It’s more of an interactive drama type like big titles from Quantic Dream like Heavy Rain etc. 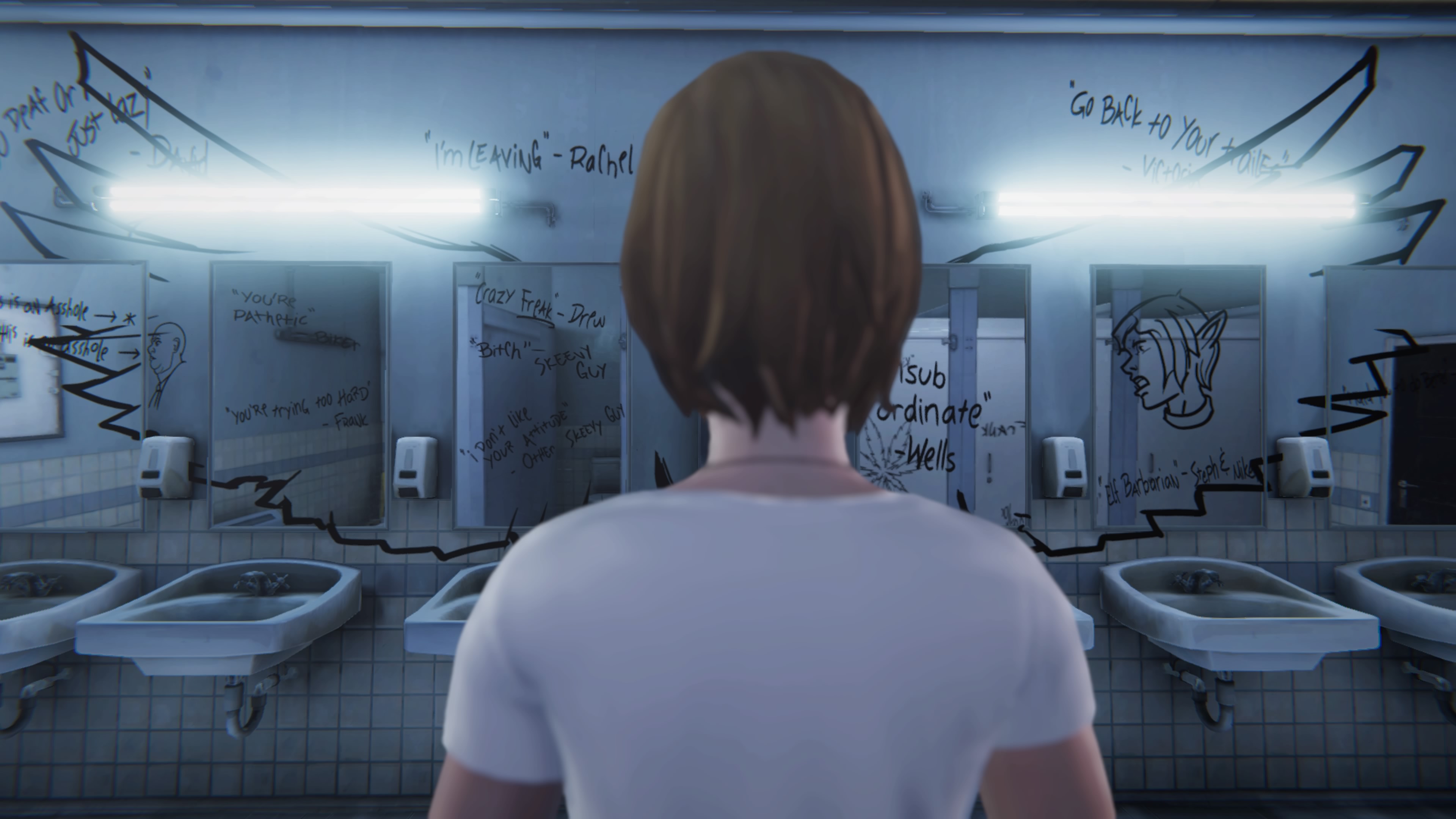 Some scenes are even nice. Some are just ugly.

What I really like in this kind of games, especially this one, is the vibe and feel it gives all the time. Music is depressing, but somehow suiting and blends perfectly with the picture they want to present to audience. It’s like watching a movie after all. There is a strong story-telling, so everything combined gives a decent package. Weather you want to be a lesbian or a friend is just one of the choices in the game. Its weird but its really good.

When I compareit to first title, I must say it’s maybe half step back. There was rewind time mechanics back then and that gave a bit more insight on the choices made and how the future can look like. There is no such thing here, but everything else was transferred and it’s decent. 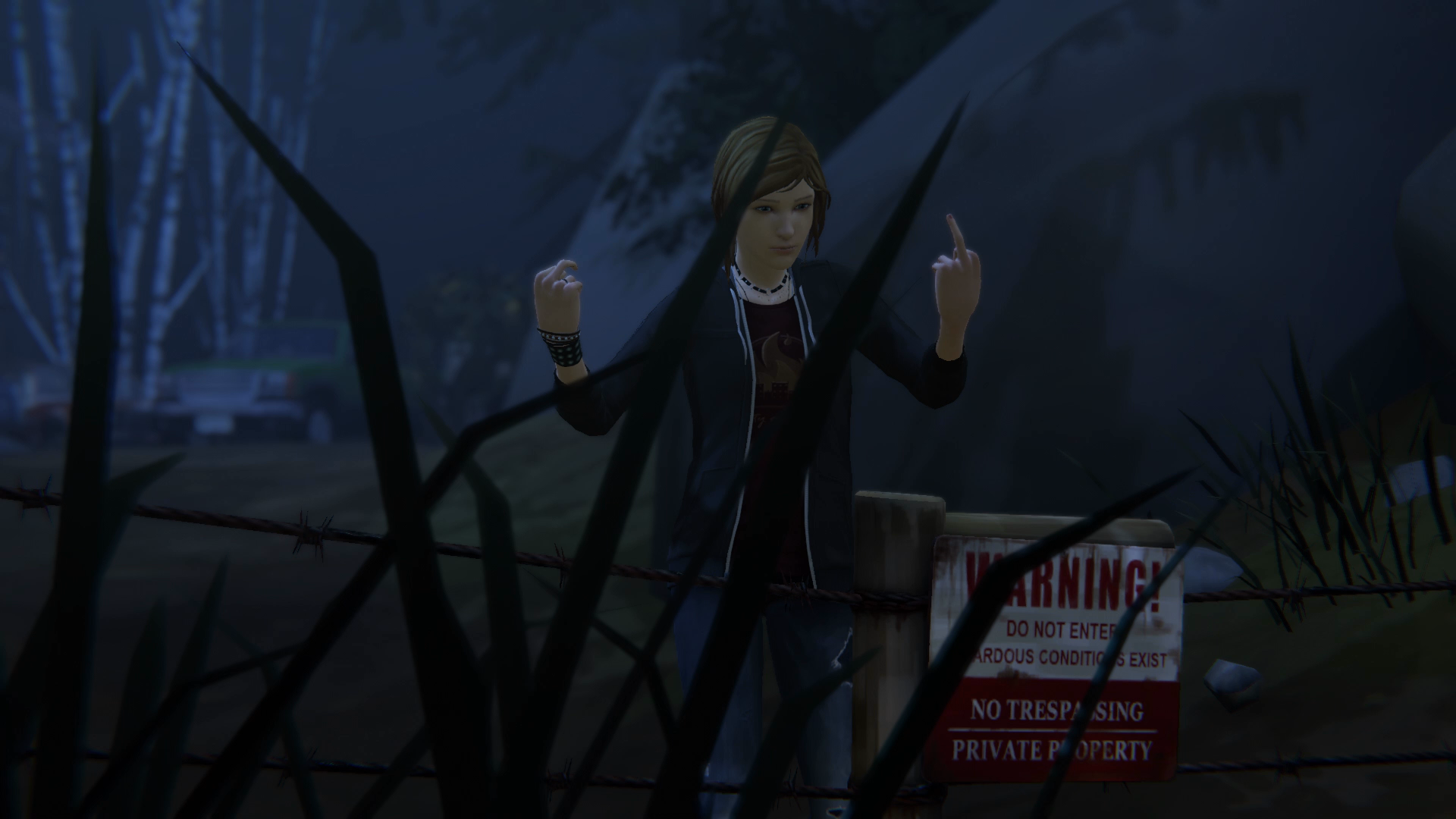 Suck her d...eep bucket of hate.

Don’t expect stunning graphics. Game is stiff and movements plus facials are cringe at times. Nothing to worry about though, that is not the point of the game. Although some scenes are beautiful and ones like that give hope to maybe future titles. Style is a bit cartoonish instead of a realistic approach. All in all, it works very well even though it could be a bit prettier. Also, I don’t understand why every female character looks bulimic. Better facial expressions and more realistic movement can improve the whole picture and impression for sure. 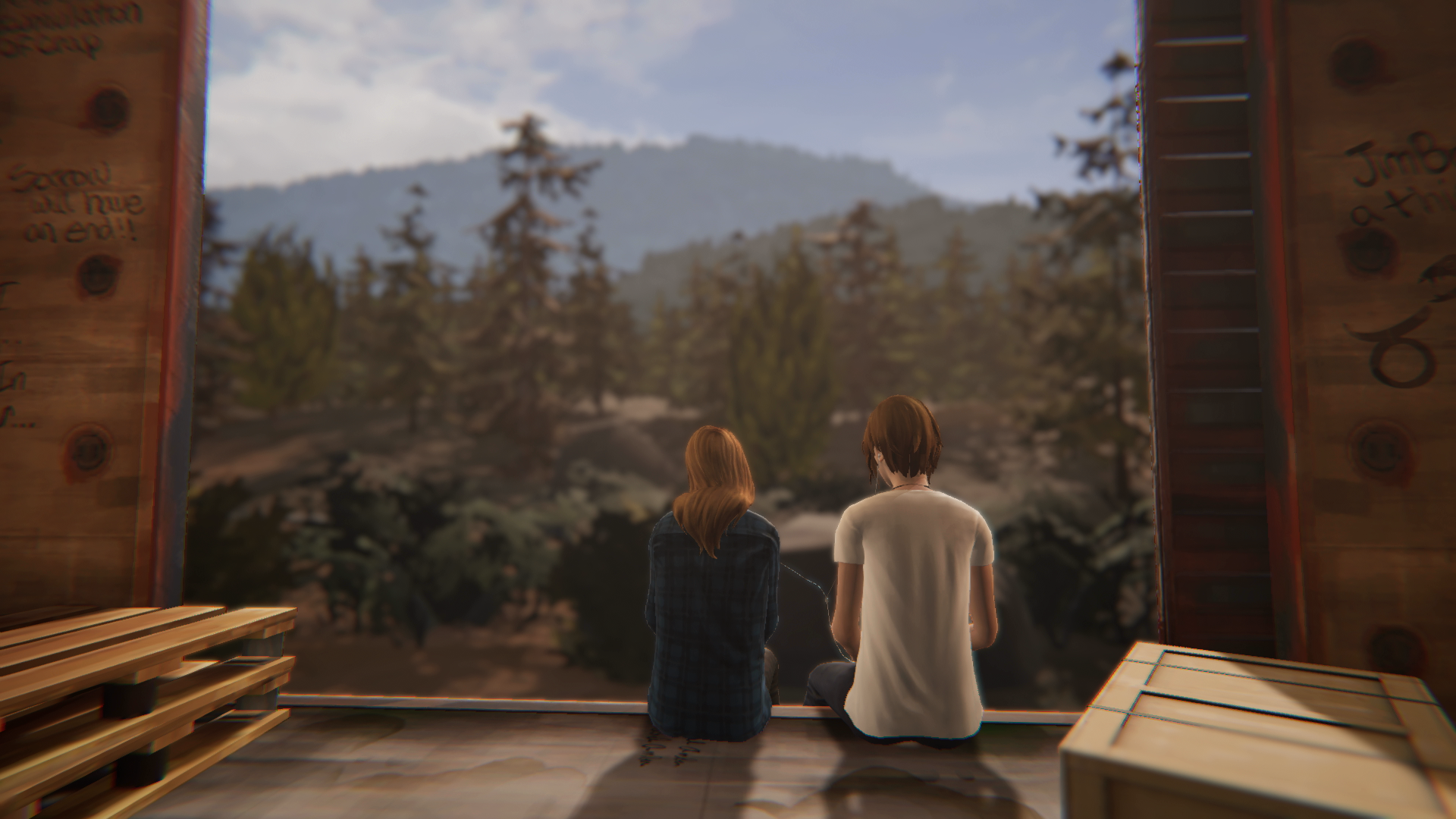 I managed to get into friend zone. Other choice is probably more fun.

Expect some dark themes and scenes in the game. I liked those very much. You will often find yourself dreaming and vividly interacting in dreams where you talk with your dad. Some scenes are dark and I would love to see more of those. 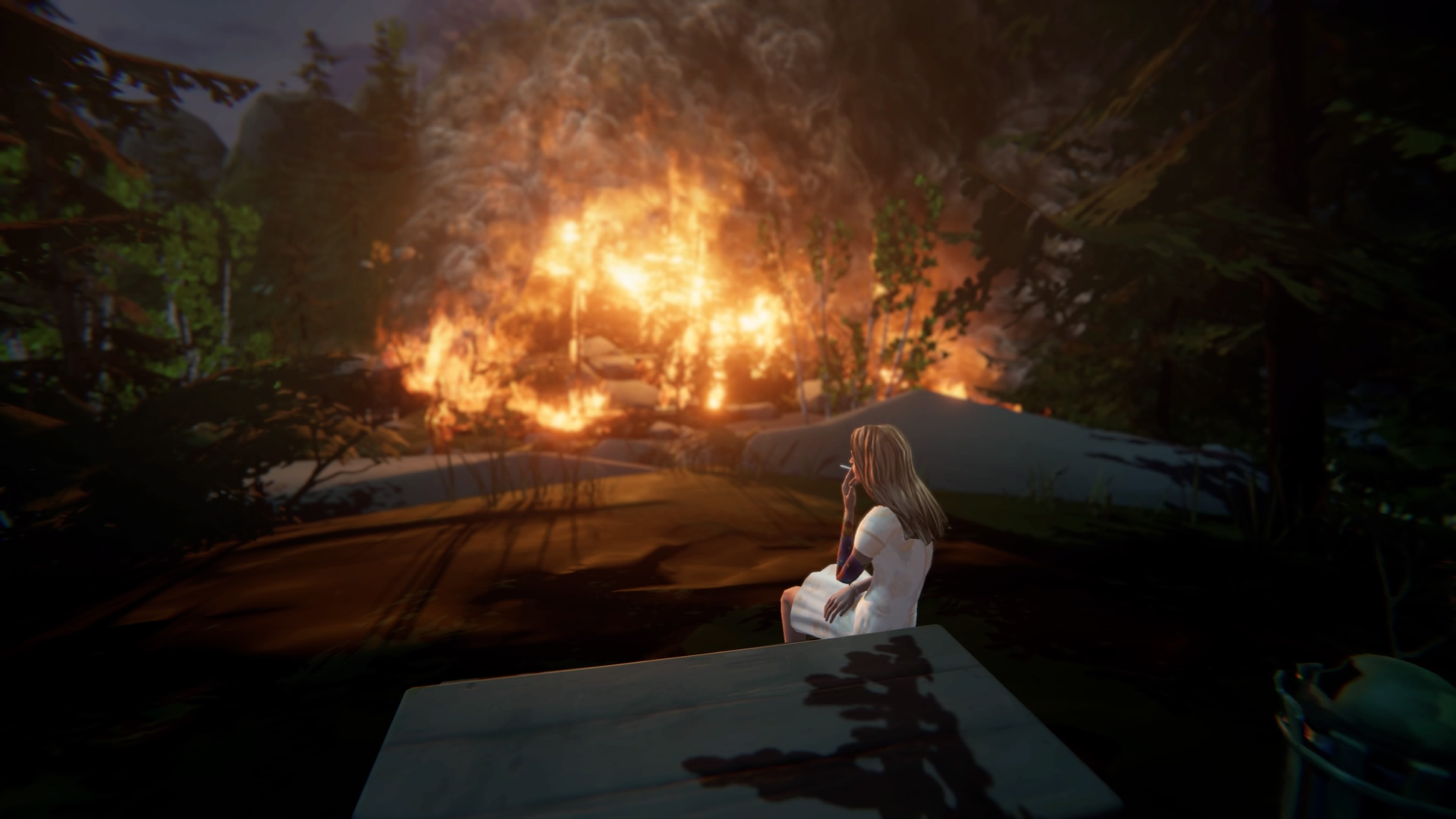 I really thought they will include some supernatural factors. Never happened.

There are few collectables that you can chase in the game. Certain places can be used to paint graffiti on them. Every time you do so, you need to select one from two options what to paint. Whenever I had opportunity, I did nasty graffities. Draw a dick onto David’s toolbox. Bastard had it coming. Fun fact for trophy hunters – all you have to do to reach platinum is to paint all graffities plus finish all 3 episodes. Very easy game for collecting trophies. I mean, it’s very easy game in general, really easy. The good part is that some decisions are hard to make. You will find yourself with both options being good or bad, making you maybe want to replay with different choices. 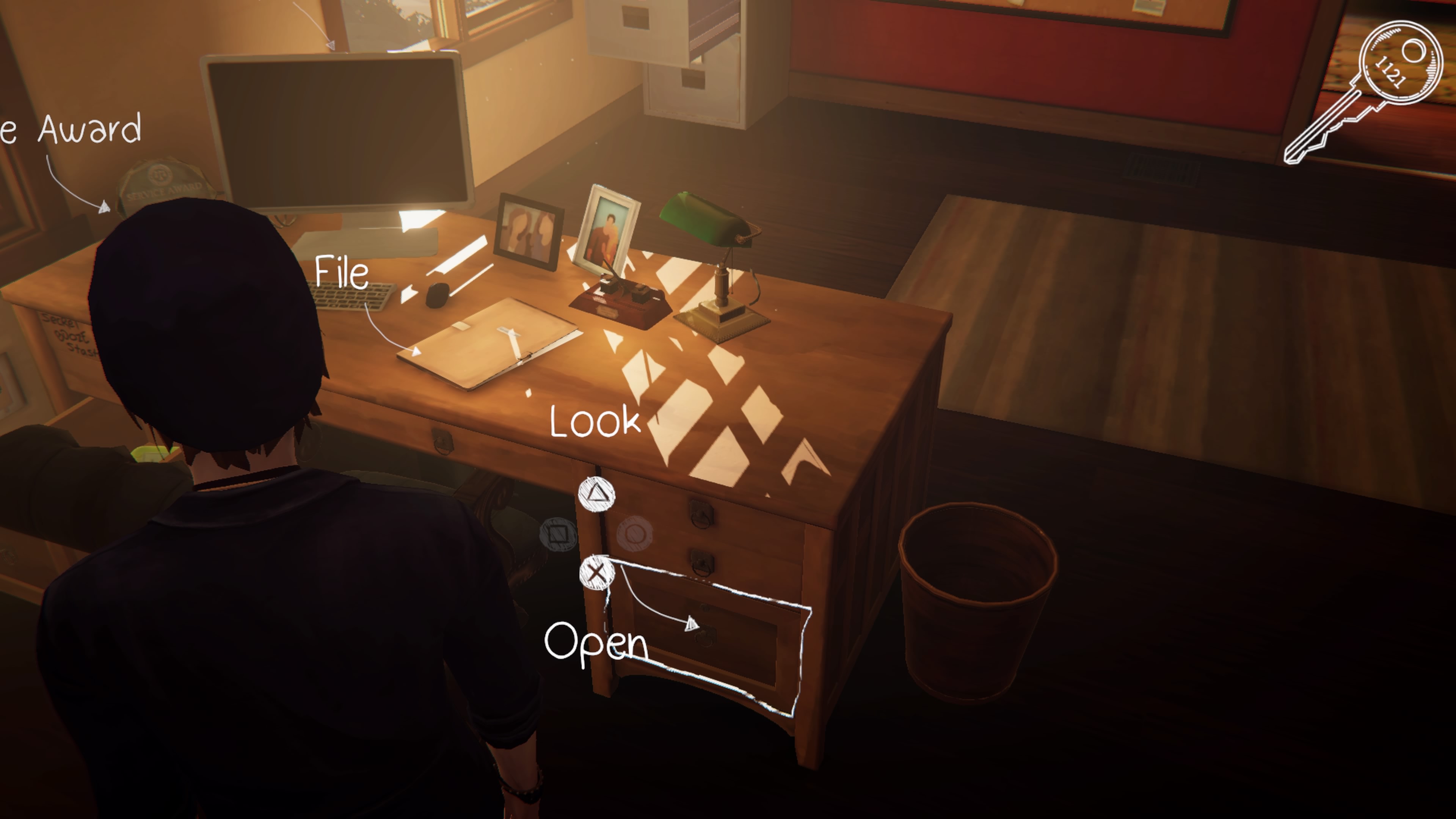 That is the game - circle around, press buttons, use choices.

Even though there is no time rewind, there are “battles” you can initiate during scenes. For example, you need to make few correct choices based on dialogue of other person. If you do all the correct answers you can change the outcome of the situation. For example, I took the blame for ditching the school, but I had to answer 4 times correctly to do so. It’s a cool trick. Besides all that, you can read messages, check all the outcomes from episodes and compare to world statistics and what other people chosen. Many characters in the game are affected by choices which is really cool and creates enough diversity. One minus is also the end of the game, which I will not spoil but I though it’s going to be much more, like the first game had it for example. 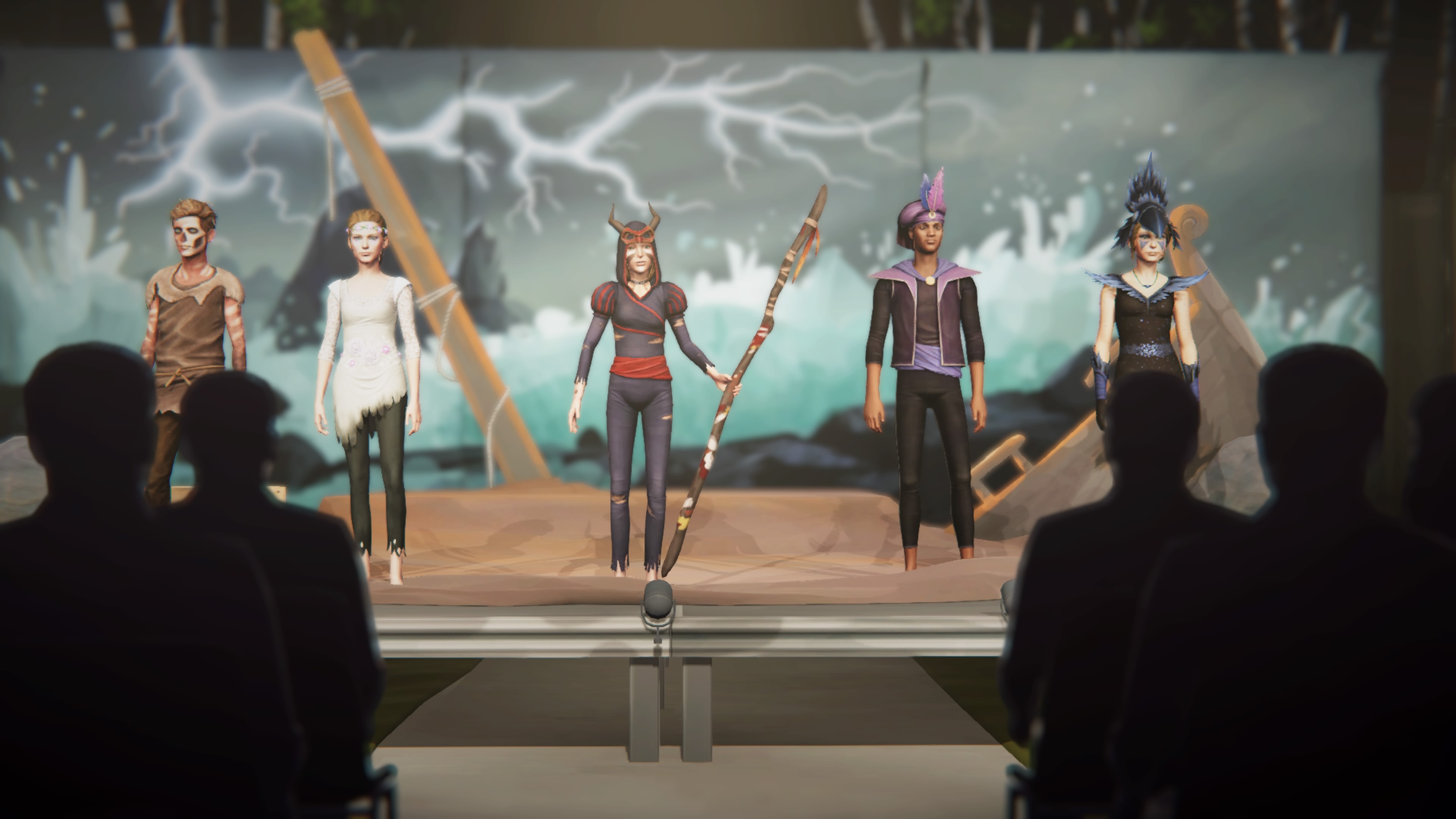 There is not much more to say. It’s a short one for sure. Short, but sweet in its own way. On some moments it feels a bit too childish, but on others Chloe curses so much its  fun to watch. If you are after strong story, like this kind of games and looking for a fun shorty movie experience – this is definitely a good choice. It stands besides the first title, I didn’t think they could do much since first game was great and explained some stuff, but this just extended it and gave another perspective. If you never played neither, start with this one. Drama is strange. For sure.

"If you can get through all teenage clingy stuff and all the drama, you can enjoy the game."