"Absolute joy written and packed in retro side-scrolling experience that will serve as bag of fun. You do want to grab the fun from the bag and play it, don't ya? Ninja Gaiden in modern game y'all!" 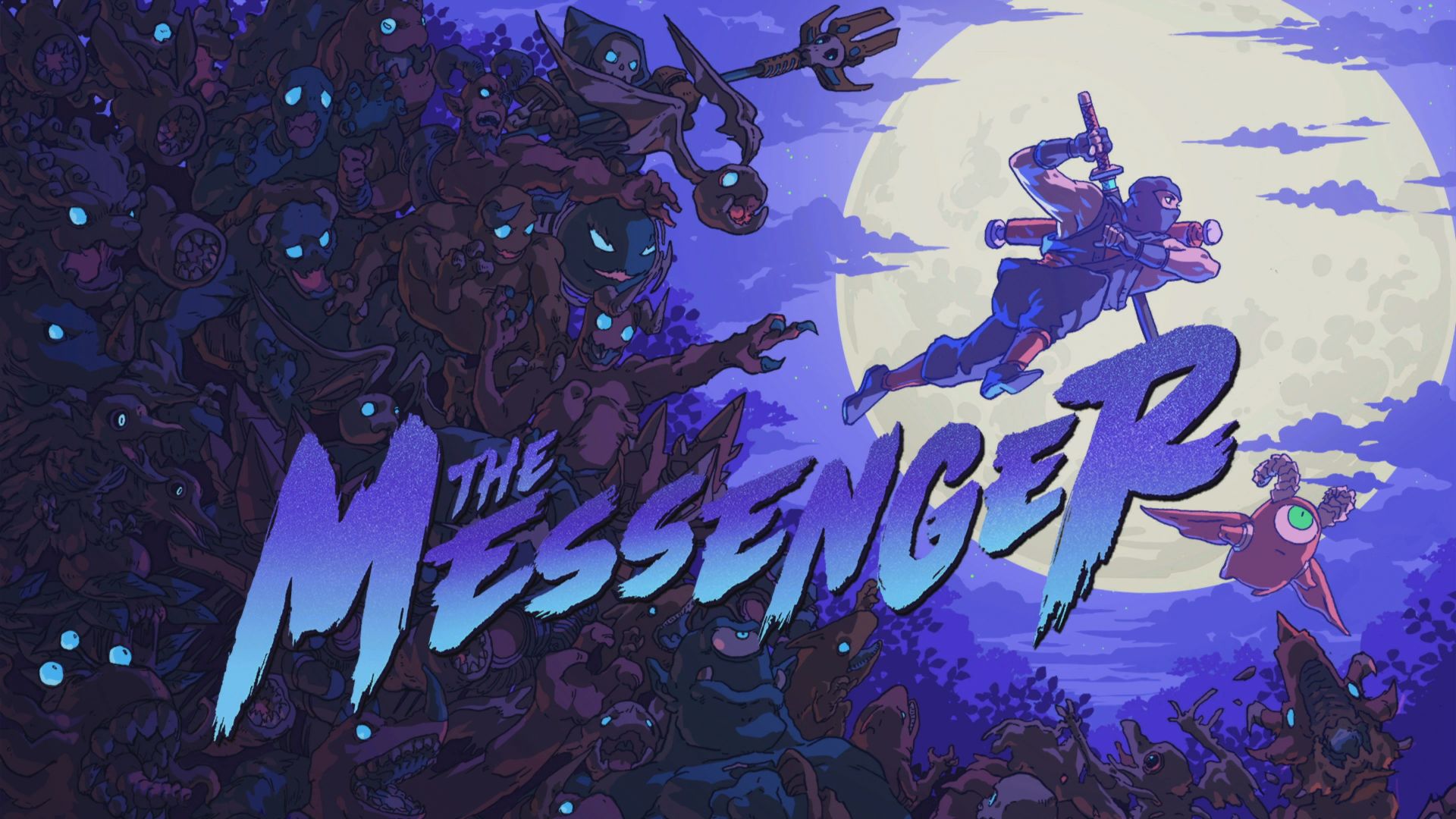 I had absolutely no idea about the studio behind this game, nor was I aware that this game exists in the first place. I was honored to see one nice trailer about the Sea of Stars, which was a retro JRPG based on Chrono Trigger, even featuring "the composer". To be clear, that is another Kickstarter project yet to be done (from their side).

I started exploring what else they developed and The Messenger was the only game from that studio. I liked what I saw. It another Castlevania-type platformer, fully retro and screaming of nostalgia. It is inspired by the classic Ninja Gaiden series. 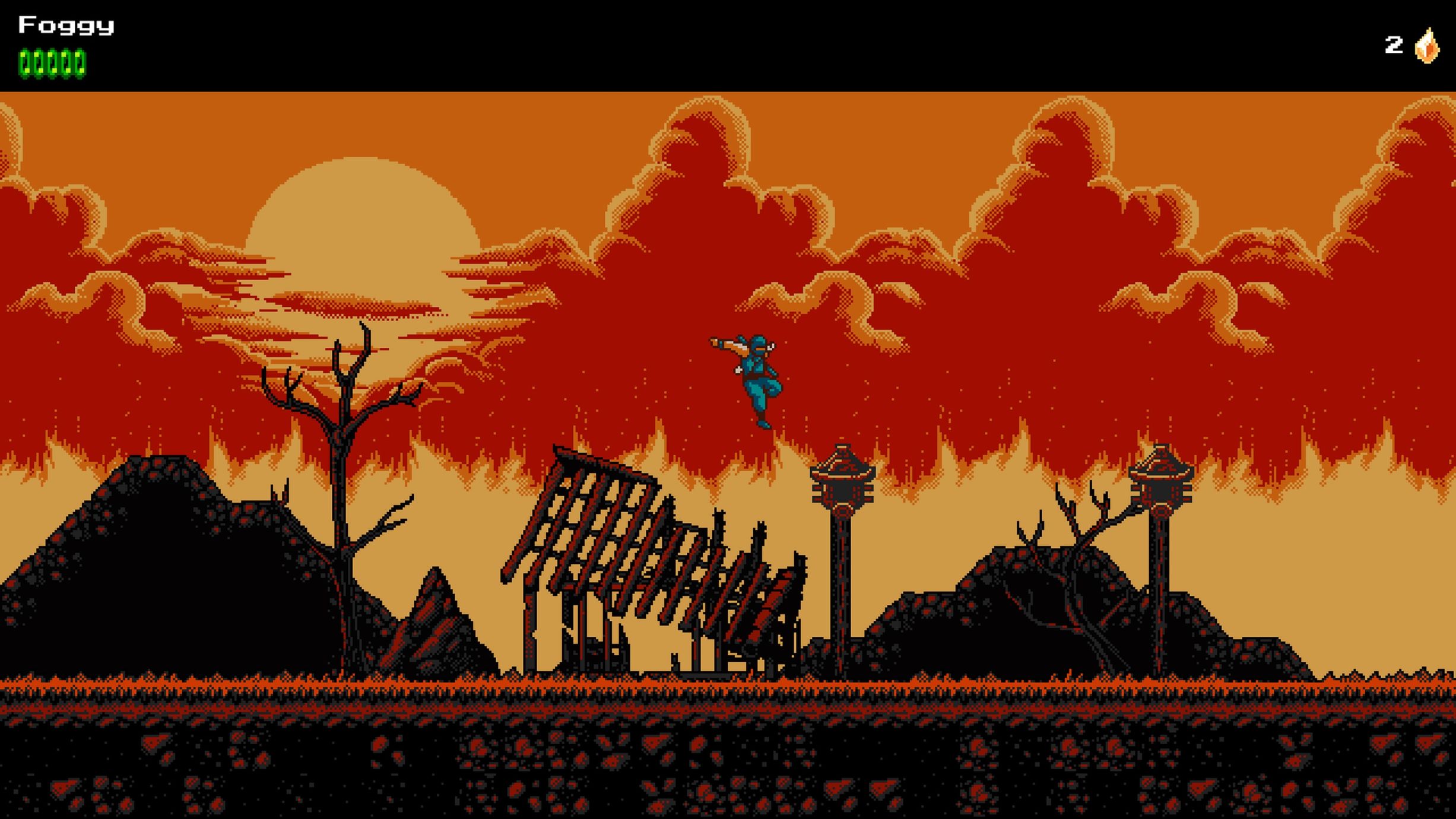 Who would've guessed that what awaits holds so much potential...

Try to support this team – Sabotage Studio. Really cool gang. This title made me appreciate smaller studios even more; even though I respect them so much, they should get more support in general. Just remember Larian Studios, their Divinity Original Sin project was a Kickstarter project. It turned out to be masterpiece of this generation, maybe the best turn-based RPG in last 10 years when it comes to this genre of games.

The Messenger is one solid game. It is a classic 8bit/16bit platformer that follows what other games of this genre already created. Do not think of that as a bad thing, on the contrary, this game will bring a lot to love to the table. 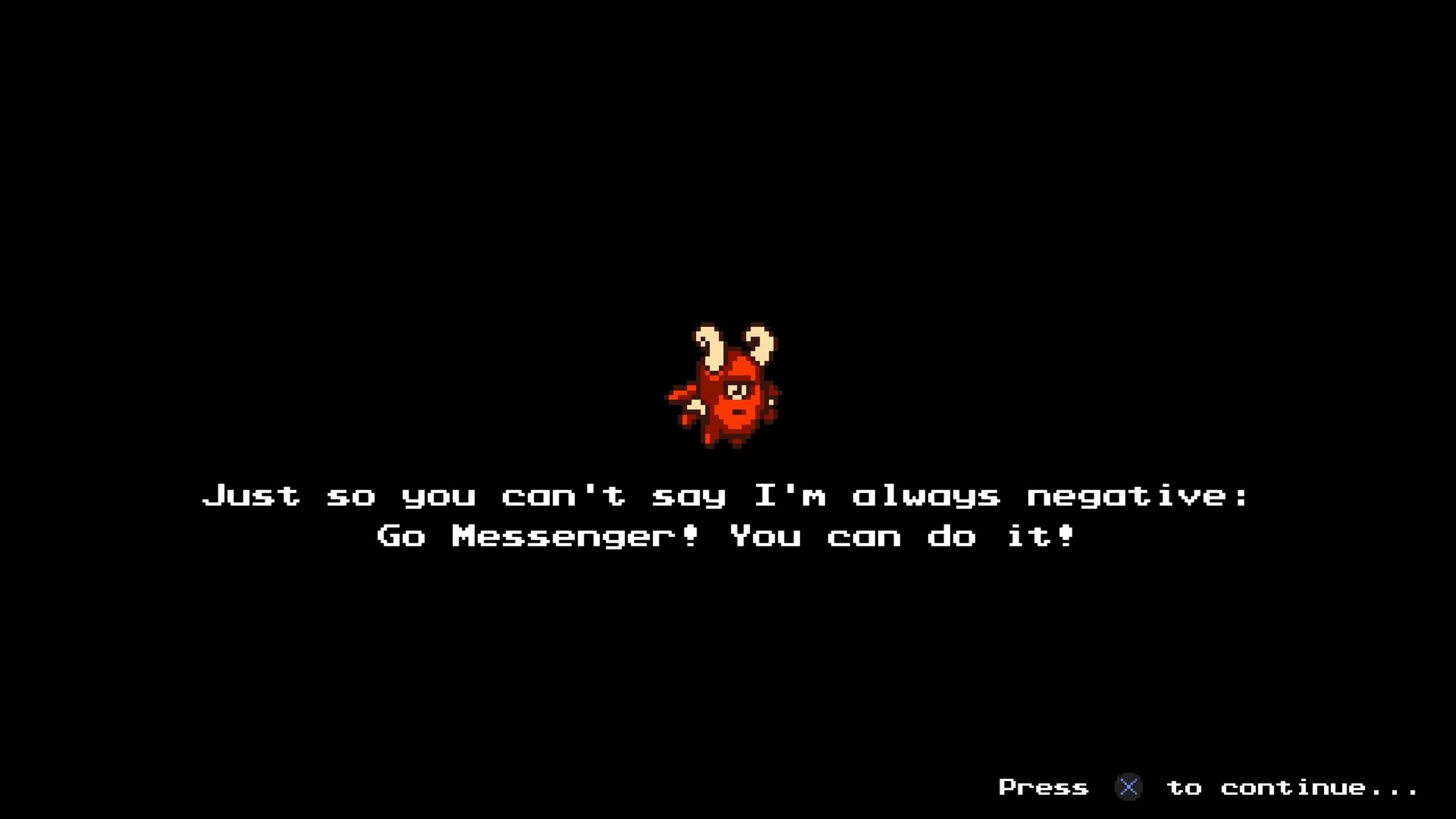 When you die, the devil will collect gems until you pay him for the service of resurrection. And boy, does he insult you.

You are a ninja. Common, not special in any way. Witnessing the rise of the Demon Lord and another Messenger in aid, you become the new one (messenger, not demon). You are blessed with the scroll you need to carry and save this world. Yeah, every game needs you to save the world.

What is special about this game is music, for starters. The music is so good, I still have melodies stuck inside my head. Every level theme is unique and catchy as fuck. Beautifully done, 8bit music, fresh as it can get. I really don’t want to spoil anything, but I must mention that this game changes from 8bit to 16bit and that affects the music as well. It is so cool. 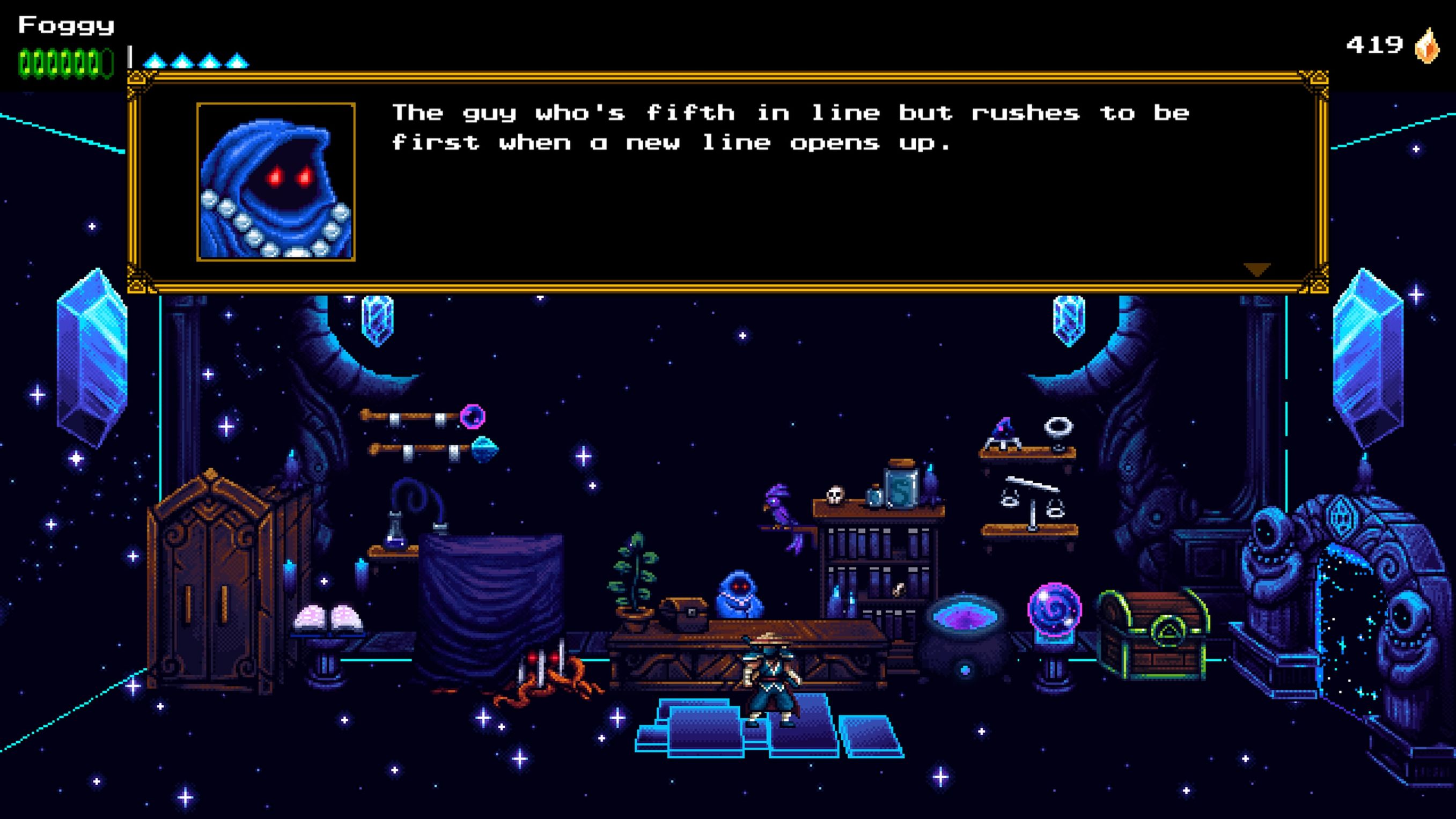 Maybe the most lovely of them all - story about how a special cauldron in hell exists only for people that run from the back line to be first in newly opened lines.

Now that you have the perfect background while you play, expect to enjoy the humor and storytelling even more. Oh, my sweet ninja god, what did you do with the writing? Simply, this is the perfection I rarely find in games. The story and all the chats you witness during the game are a few levels above everything.

I adore the shopkeeper character. In every level, you can enter this shop, right. The shopkeeper is inside and he will sell you upgrades in exchange for gems you collect. Do not let him be quiet. Always explore every option he has for you. This is the most fun part of the game by far.

The stories he can tell you are so unique and so good; I can’t even begin to describe them. They are funny as hell, some even depressing, but all of them are fine as a fine piece of ass. He can comment about your current level, stories you all know of, but with the twists you will never expect, I just…Love the writing in this game. It is so refreshing and fun, nobody does it this way anymore.

Oh, on your first visit to the shopkeeper, make sure to inspect the left closet. Do that until he starts talking without the option to interrupt him. That is one of the beauties of this game. He will punish you for messing with him. 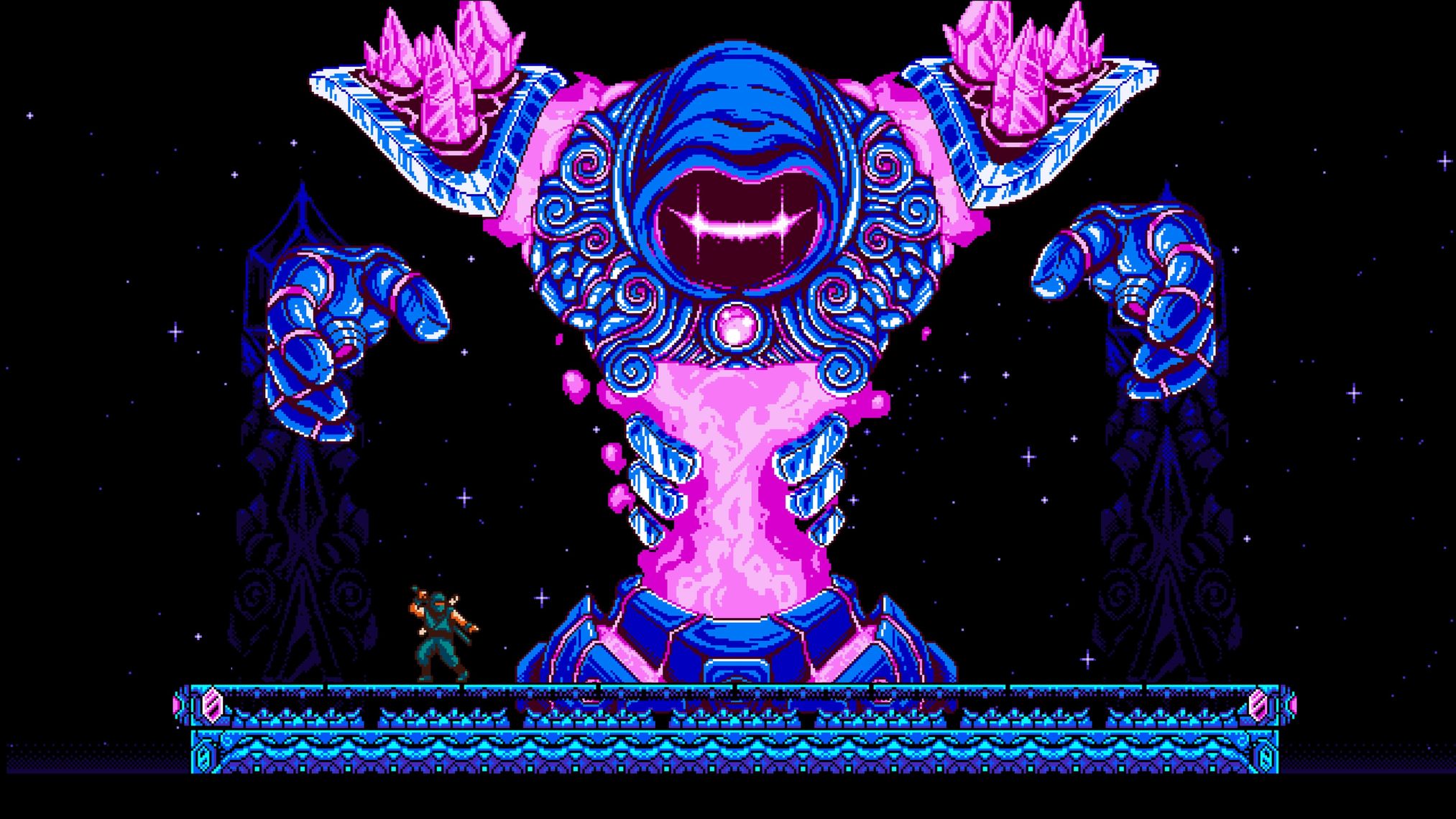 More or less, boss fights are easy. Just need to memorize that pattern!

The good thing is, the story and the music will push you through the game. The rest – well, let’s just say it’s mediocre. Platforming, level designs, enemy variety…All of those are mediocre and simple. There will be a lot of backtracking and that part is very tedious. The positive side is that the game runs smoothly and your move set will be as fluent as it can get.

No double jump. Not true, but it’s different. You need to smash something, either an enemy or some object and after that smash, you can perform another jump. This is the main platforming solution to many situations in the game. I loved it, it’s different than in other games and requires some skill. This will shine when you reveal some secret room and hunt for coins (collectibles). 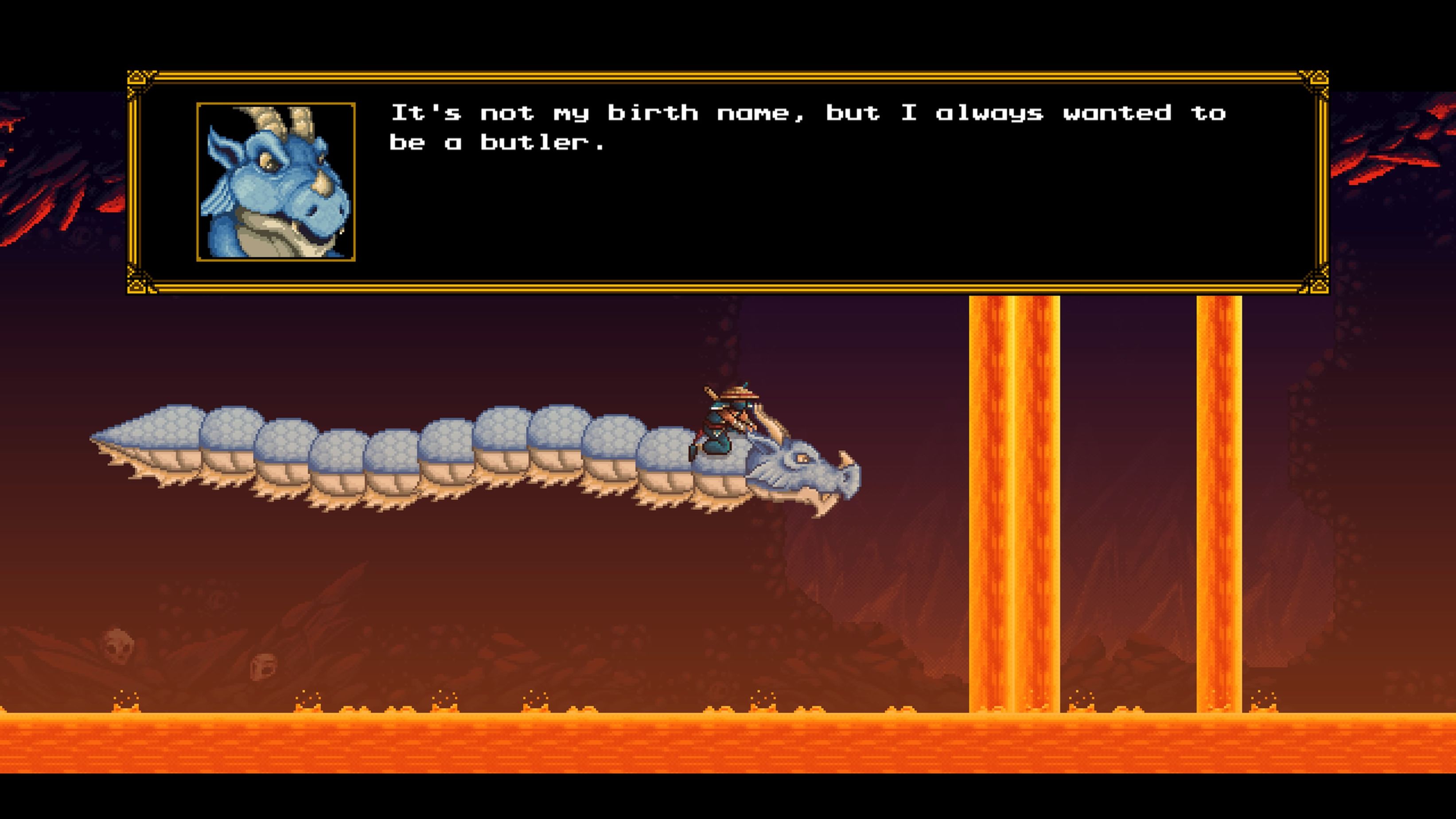 Well, what dragon would not want that?!

Not much to say about the game itself – it is a typical 2D side scroller where you need to jump, avoid and kill to survive. It follows the formula of similar games. You need to make your way through different levels, collect key items and use them to progress further. It surprises later, which I don’t want to spoil.

Expect some parts when you will ride the dragon and enjoy different play style, expect some cool boss fights, new abilities and cool puzzles you need to overcome. If it weren’t for that tedious backtracking that even with teleporting gets a bit boring, this game would be shorter but sweeter.

I just must spoil one cool thing. In the middle of the game, your ninja opens the scroll. It’s a map! You had it the whole time, but you learn to use it only when your shopkeeper pal/s tell you what it really is. Neat! 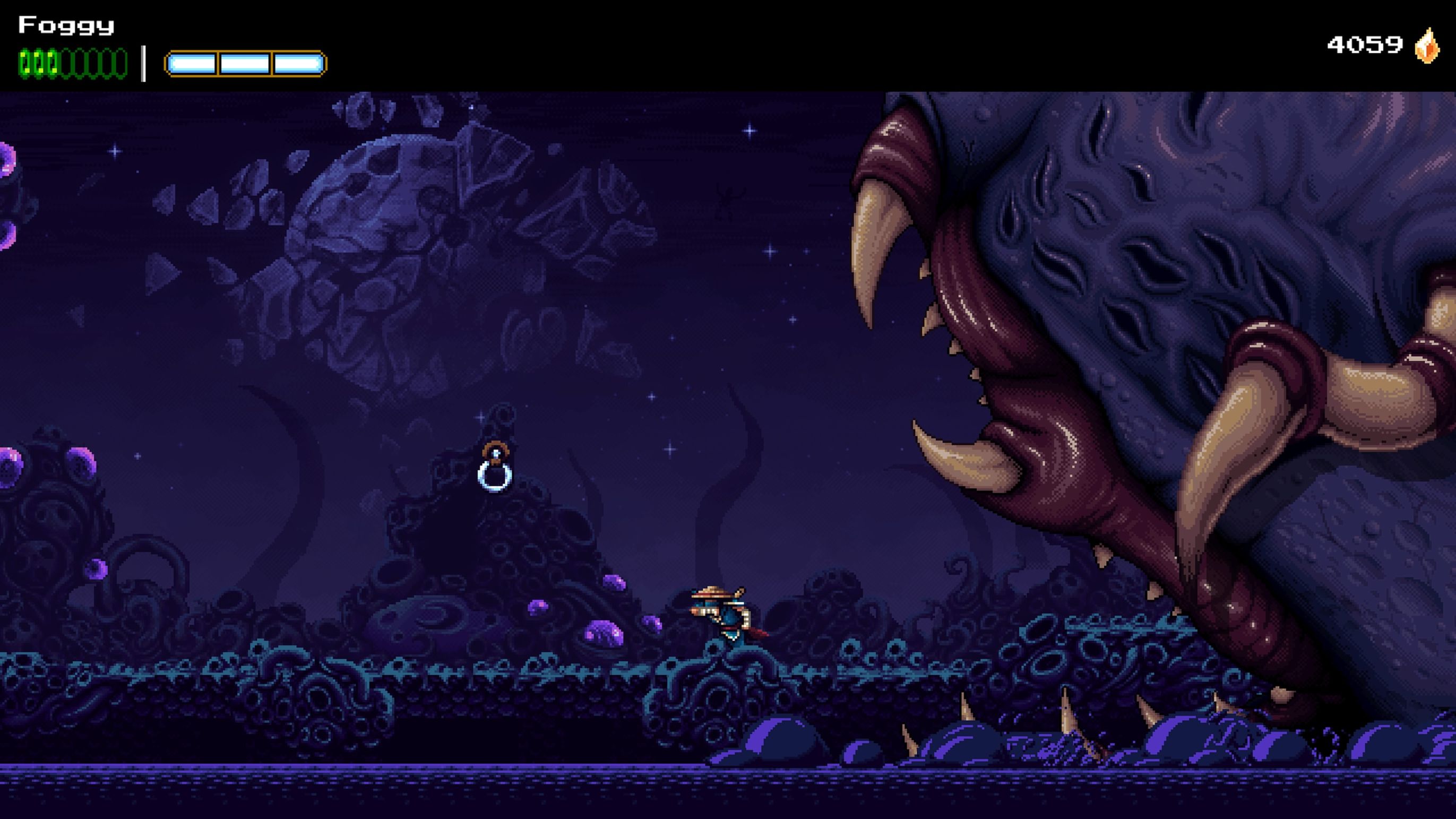 Don’t expect much complexity. The upgrade system is really simple. Not much else to do. There is a joke in the game even, about the gems you will hold without a purpose after getting the last upgrade; shopkeeper will joke about how you collect them for no reason, so they put money sink in the game. This is part of the DLC (which is free!) and I really insist that you play it. It has some great new levels and fights that are not in the game.

Key item upgrades consist of a glide skill and other similar ones that will open new paths on your journey. That is the gist here. Simply enjoy the writing, music and the vibe this game gives and you will enjoy it for sure. It is not revolutionary in any way, but it does the job so well in some aspects that some modern games should take some hints. 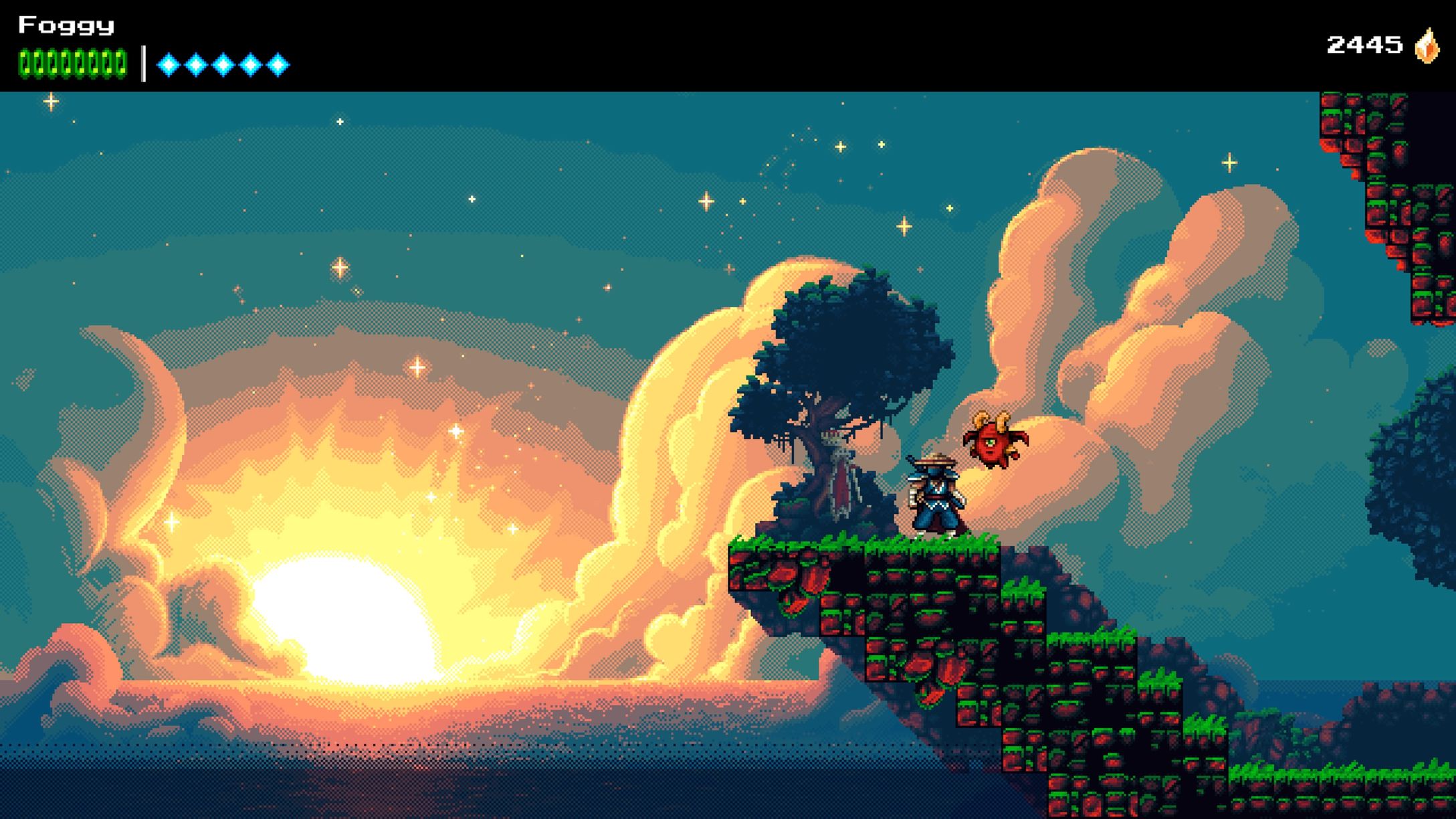 Enjoy while it lasts!

I guess you can finish the game in around 15 hours if you aim to collect everything. Secrets are not required, but they wield good prizes, plus the challenge is fun.

I think this game is still on sale, so you can get it for cheap. If you need good and fun 2D side scroller with excellent music, vibe and writing, this one is for you. Support the small ones, they do what we love, they make games with their hearts, not wallets.

"A proof that small development studios have more guts and courage than bigger ones."