"Kiryu is back and he is angry. Be ready to moist your eyes in beautiful remake full of drama and fists. In someone's faces. Yes, that's Yakuza alright." 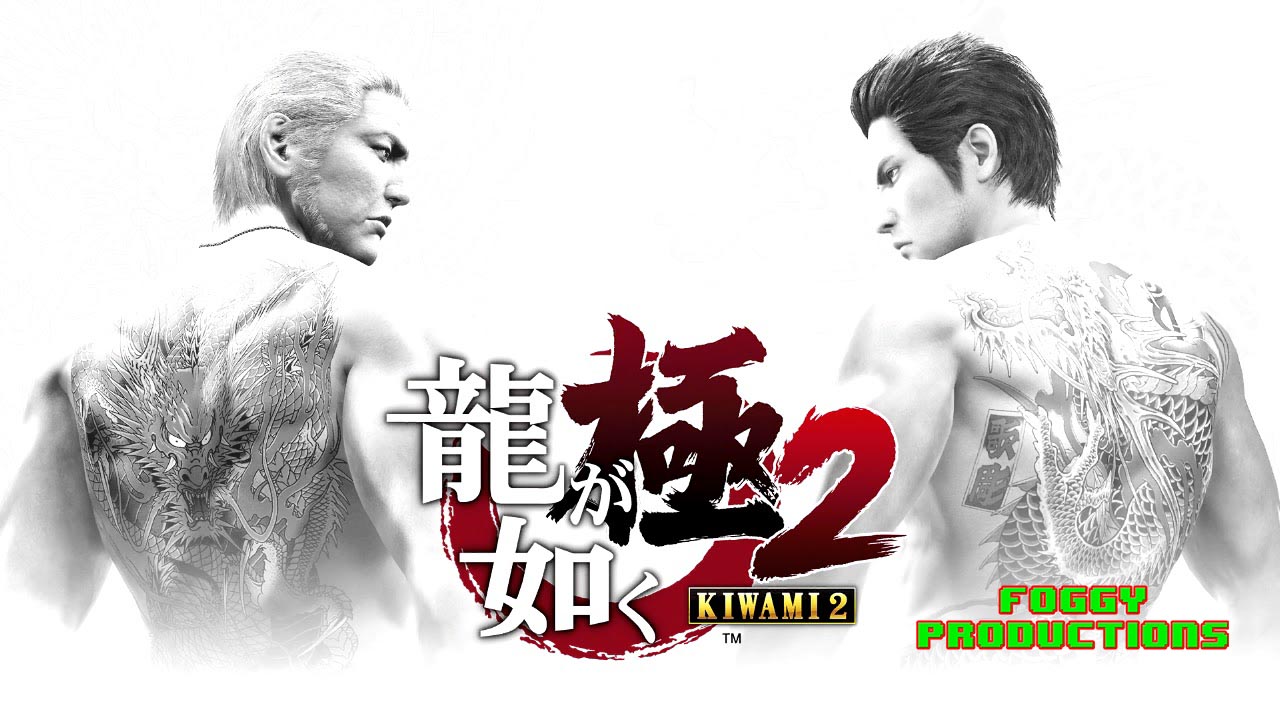 Welcome to second Kiwami entry developed fully in Dragon game engine which was used to develop Yakuza 6. And boy it looks good.

The game was released for PlayStation 4 on December 7, 2017 in Japan, and worldwide on August 28, 2018. It's a shame that next Yakuza games will not be remade fully but instead just remastered. 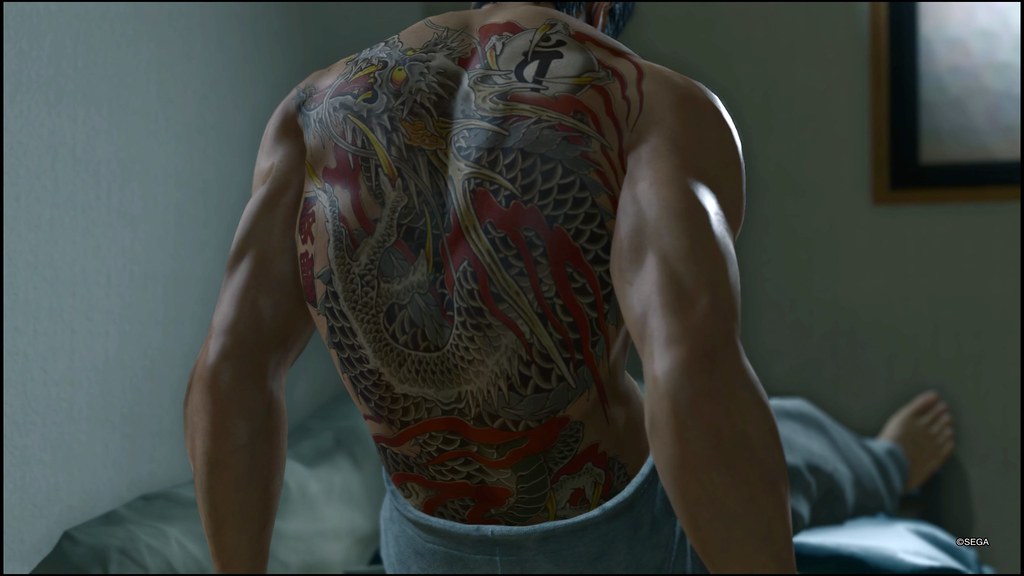 There could only be one dragon. And that dragon is you.

The story is again - very confusing. That doesn't mean that it is bad, it's actually great like it was in 0 or first Kiwami's. Kiryu was off the clan for a year, living peaceful life aside. That all changes when Yukio Terana gets killed by assassins from Omi Alliance. Once more, Kiryu is the hero to prevent bad stuff from happening so you are here to stop Tojo and Omi alliance and from butchering one another. In your way stands Ryuji Goda, the legendary "Dragon of Kansai" of the Omi Alliance. The story is much more than just classic good and bad guys. You will experience all kinds of emotions. I would explain the Yakuza series as a Drama with fists. But a damn good one. 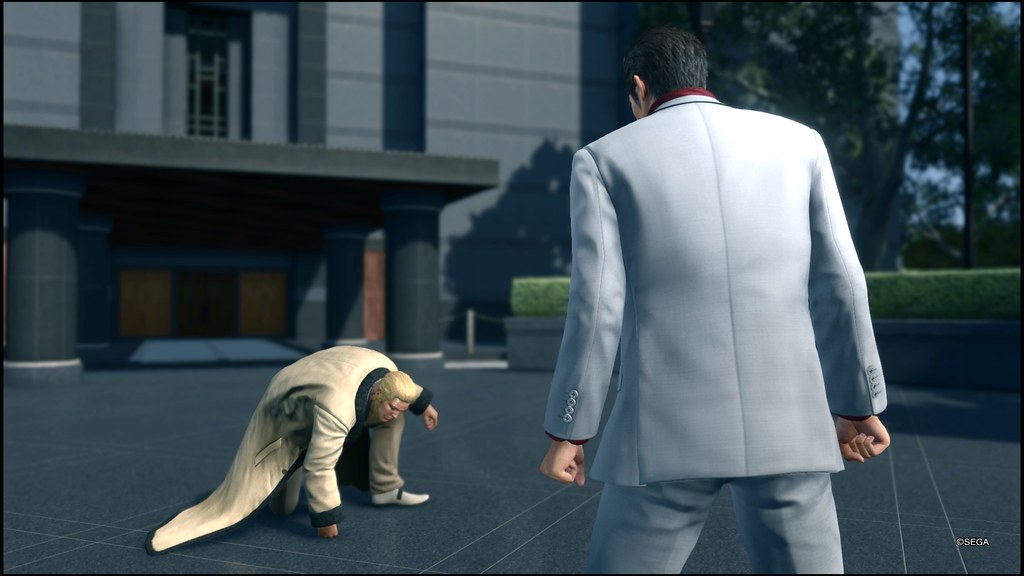 This time around you will have opportunity to explore Sotenbori and Kamarucho - both already seen by now. But they are fully remade with stunning details and graphics which makes you want to explore them to the last inch. They are livelier and packed with some new areas and mini-games that were not part of former games. Combine that and we have "same" game locations but fresh and not at all boring as you would maybe imagine it would be, after playing first two games.

There are even some locations in the buildings that you can enter and explore. There are classic Drug Stores, General Stores, Disco, SEGA Clubs, Golf, Mahjong Parlor and many more. Time flies in the Yakuza world. The thing that frustrates a bit is that when you run through the town you often bump into people or objects on the road which slows your movement. Of course, there are random encounters which are fun in the beginning but later on you just want to avoid them as there is no real challenge or need to beat them over and over again. Running away from initiated fight is more time consuming then just beating them. 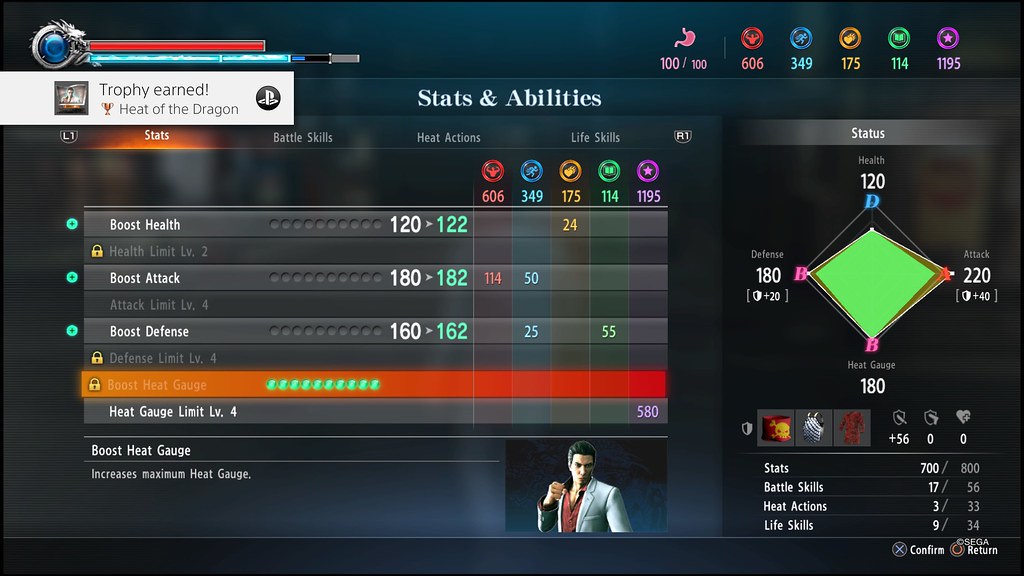 Build yourself to the max and bust some spines. Also unlock some trophies.

What goes alongside beating the hell out of everyone on the street? Leveling up your skills of course! That way you can launch bad guys into oblivion.

Kiwami 2 is a bit different but yet familiar with upgrading your skills and stats. There are 5 different sets of skill points that you collect depending of the activities/food you play/eat. Beating up gives some, eating in restaurants gives some (depends of what type of food you eat), finishing challenges gives some. When you collect good numbers you can go into the menu and build your stats, heat actions, life and battle skills. Stats goes for health, defense, heat gauge and attack. Battle Skills will master your moves and expand your pallet of kicking asses. Life skills are in game ones like more EXP received or more money gain and stuff like that. And heat actions will widen up your heat choices that you can perform when you heat gauge is at certain level. Look at Kiryu as a tank that is sent from outer space to destroy people's faces and you are here to make it happen.

There is no better thing that launching enemy 200 meters away as finishing blow. It will slow time and it will look badass. And we love badass.

This time there are no fighting styles, like explained we have just Kiryu and leveling up him to use everything. It is not bad, but it seems a bit different and maybe it has less combinations this way then having some desired style.

As mentioned, there is also food in the game, and you have stomach gauge. Basically you can eat food to replenish your health and gain upgrade points but points will only accumulate if your stomach gauge is not full. After some fights or running it will drain, leaving you hungry so you can eat again. You can also overfill it and still replenish health without worrying of getting fat. Some Drug Store items can drain it for you.

And last thing is the equipment - weapons and accessories. You can break weapons by using it certain amount of times but they are really powerful if you are struggling in some fights. They are also good choice to easily performing Heat Actions. Accessories on the other had can be armors or gloves or such, that improves your defense, attack or some other stat. They are not mandatory or game changing, but they can help a bit. 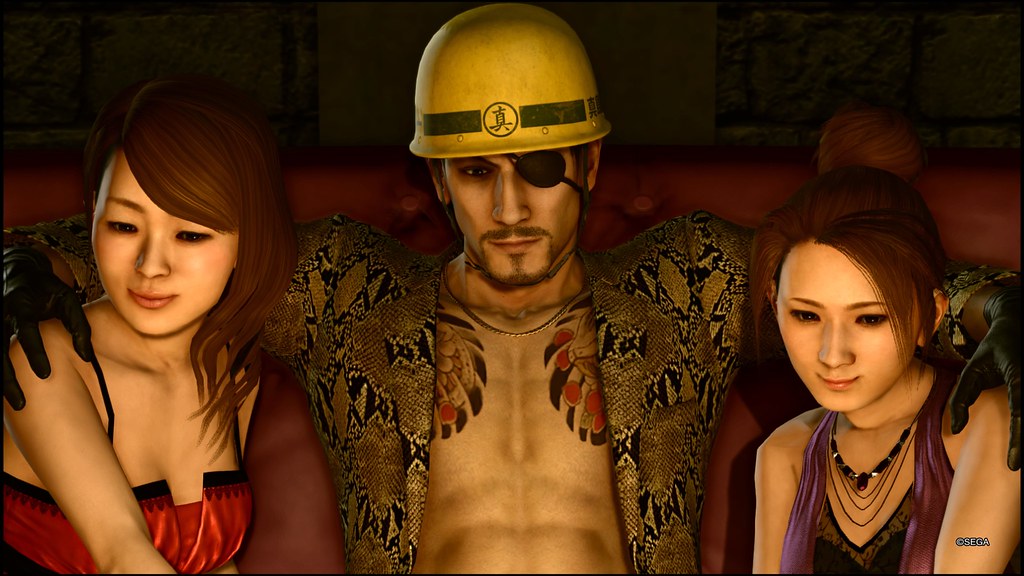 What shines the most in this game are the side activities and ridiculous humor, scenes and mini games. In one moment you will find yourself in apartment where grown mans are wearing diapers, in the next you will watch erotic videos and in other you will also watch them while trying to get girls naked. What does that have with game? Well everything, that is what makes the game unique and Japanese style paranormal. In its ridiculousness it provides that different vibe that is screaming what the hell and yet at the same time it is so good it just wraps you and  does not let go.

In that manner there are many side stories that are not mandatory but they are too much fun not to be done. Mostly it will involve beating guys but there are some like carrying a tissue to the guitar player to help him with the sneezing. Then you can use heat action when you are close to him to bash heads with it. 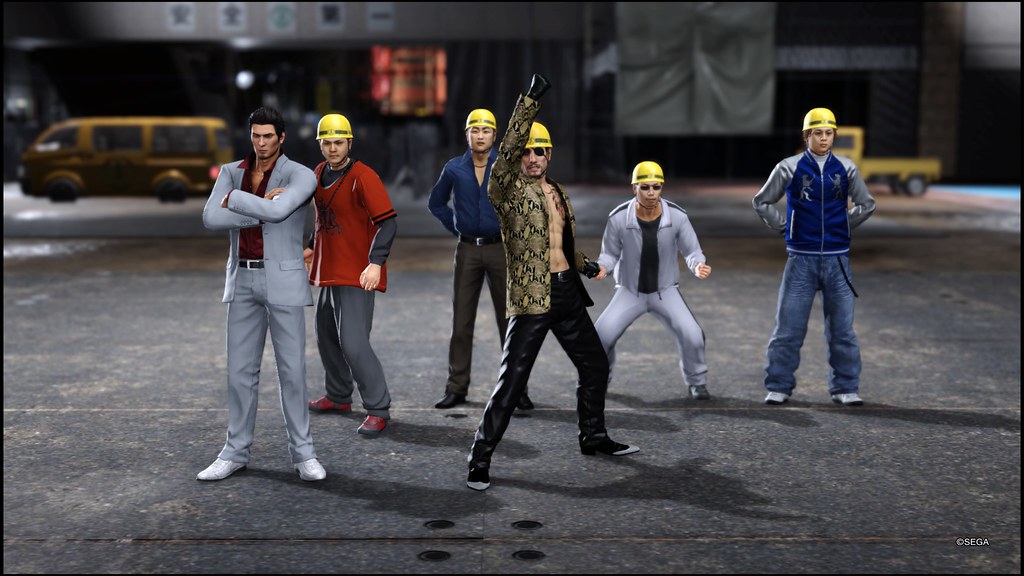 Main side activities that just eat the time up are Majima Contructions and Cabaret Club. We had the opportunity to lead the club in Yakuza 0 where I personally did not liked it so much and its mostly the same here. You start with Stardust club and you need to beat other area clubs in championships, collect girls that work there and earn you money, buy properties to get more customers and so on. After you level up your platinum girls, you can take them on dates to level up them faster and max out bonding levels. You can recruit other girls through side stories or simply by just scouting from the Cabaret club by paying money to recruit.

Majima Constructions mini game is new in this remake. You need to defend your equipment on the construction site while area bosses are trying to wreck it. Its like a strategy game where you command your units to kick enemies on the map, you level up them, scout, collect etc. It's a fun mini game and i find it is even a fun one comparing to Cabaret Club. Kiryu is the manager while Majima can be used in fights. Music is really catchy and good in this mini game, it gave me a good push to play and finish it. 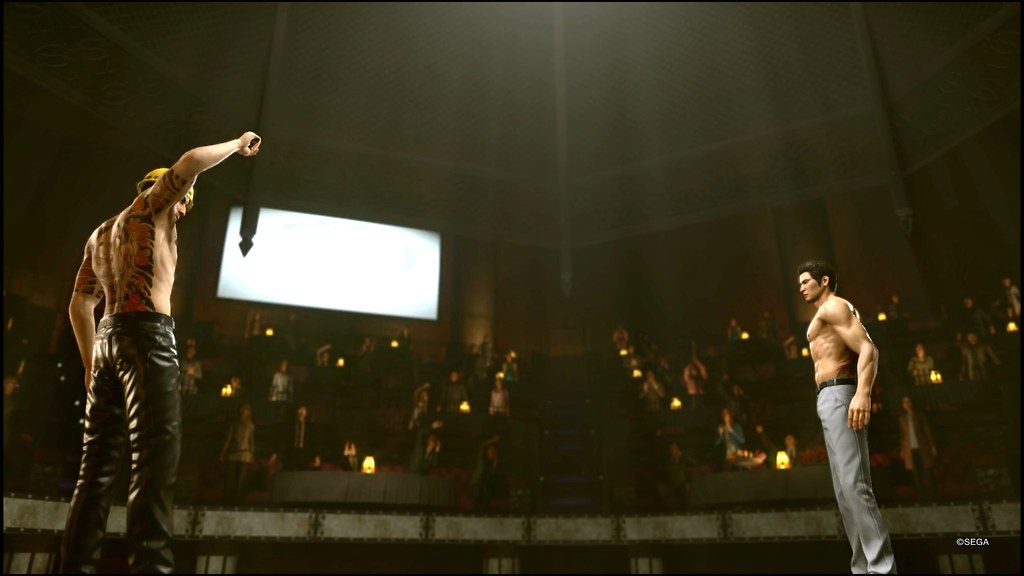 Arena Fights are also back. Story driven events in there are cool.

Music in this game is killer. It is a  blend of metal with some electronics. Blends perfectly to every situation and pumps adrenalin to all those fights. I listened to it when i was not playing the game and it is really good. It just fits, no argue about that.

For some negative points, that would be lack of epic boss fights. Yakuza 0 is winner in that area. There are couple of great ones, epic, but the rest is just classical kicking asses which is not bad, it just lacks more boss battles. It would raise the grade at least 5-8 points for me if it was like in 0.

Also, fights can be really frustrating because of camera. Auto lock on is weird and often you will kick walls instead of enemies. Recent Yakuza games had this lock on system way better then this one does. It takes some time to get used to it, still, could be better. This Yakuza inherited fighting style from Yakuza 6 with some changes, it is a bit different then previous Yakuza games since of new engine in which it was developed. 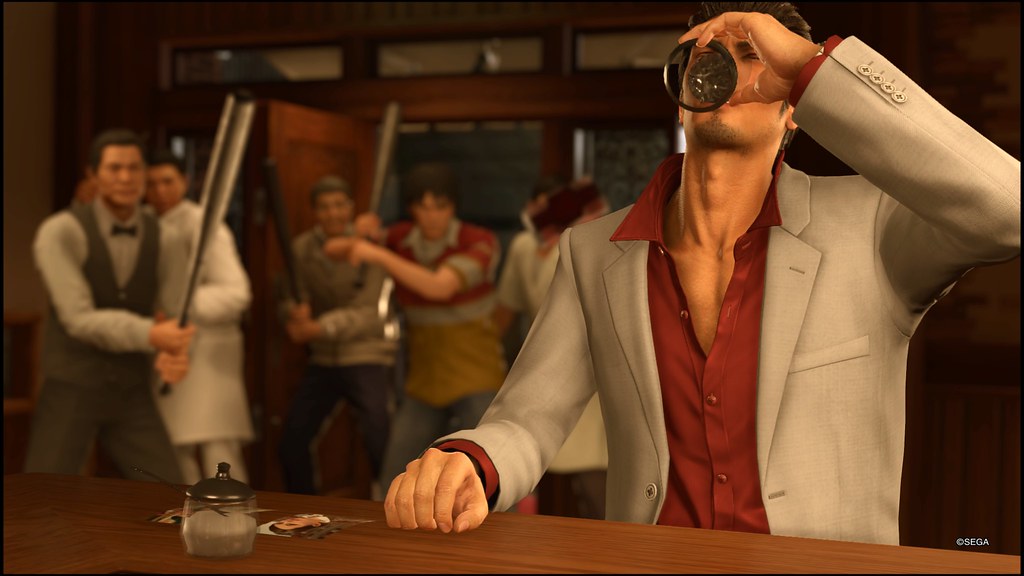 Classic. Drinking your whisky in a suit while everyone just want to bash you with baseball bats.

This game is a must play for anyone that likes Yakuza story-telling and all the genre games. Steel book Edition of the game is simply beautiful and the price for the game itself is just screaming to buy it and play it. Definitely this is the proof that "old" games never lose their style or quality. Until next time, my Yakuza friends. 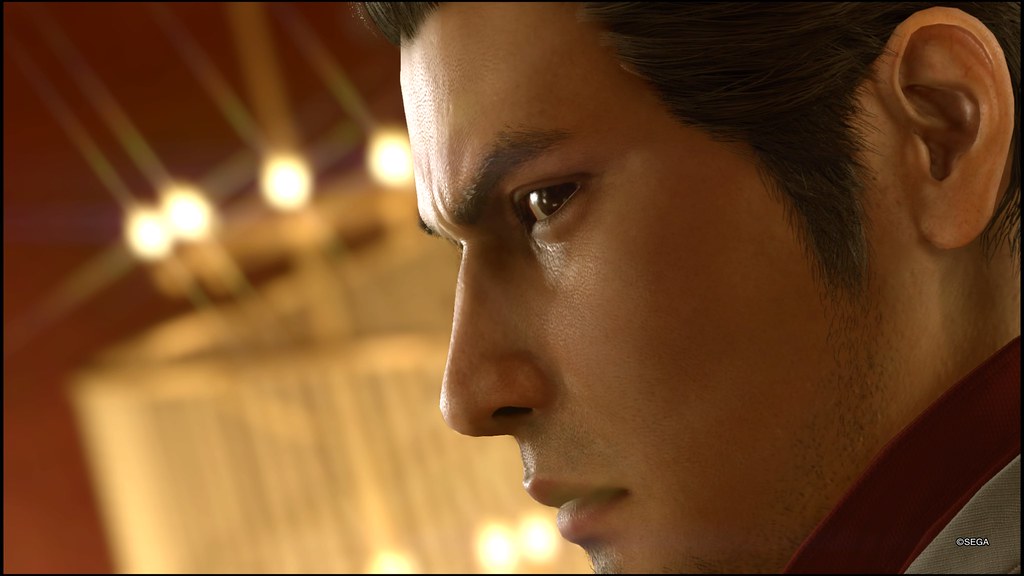 Look at my face and details i have. Just look at it.

"Yakuza in its glory remade in powerful engine. Mandatory for all Yakuza fans out there"