"Yet another drama, this time between 2 Wolves. They are brothers, they tend to go cringe and they fear no one. Drown in the adventure of loss, struggle and infinite brotherly love." 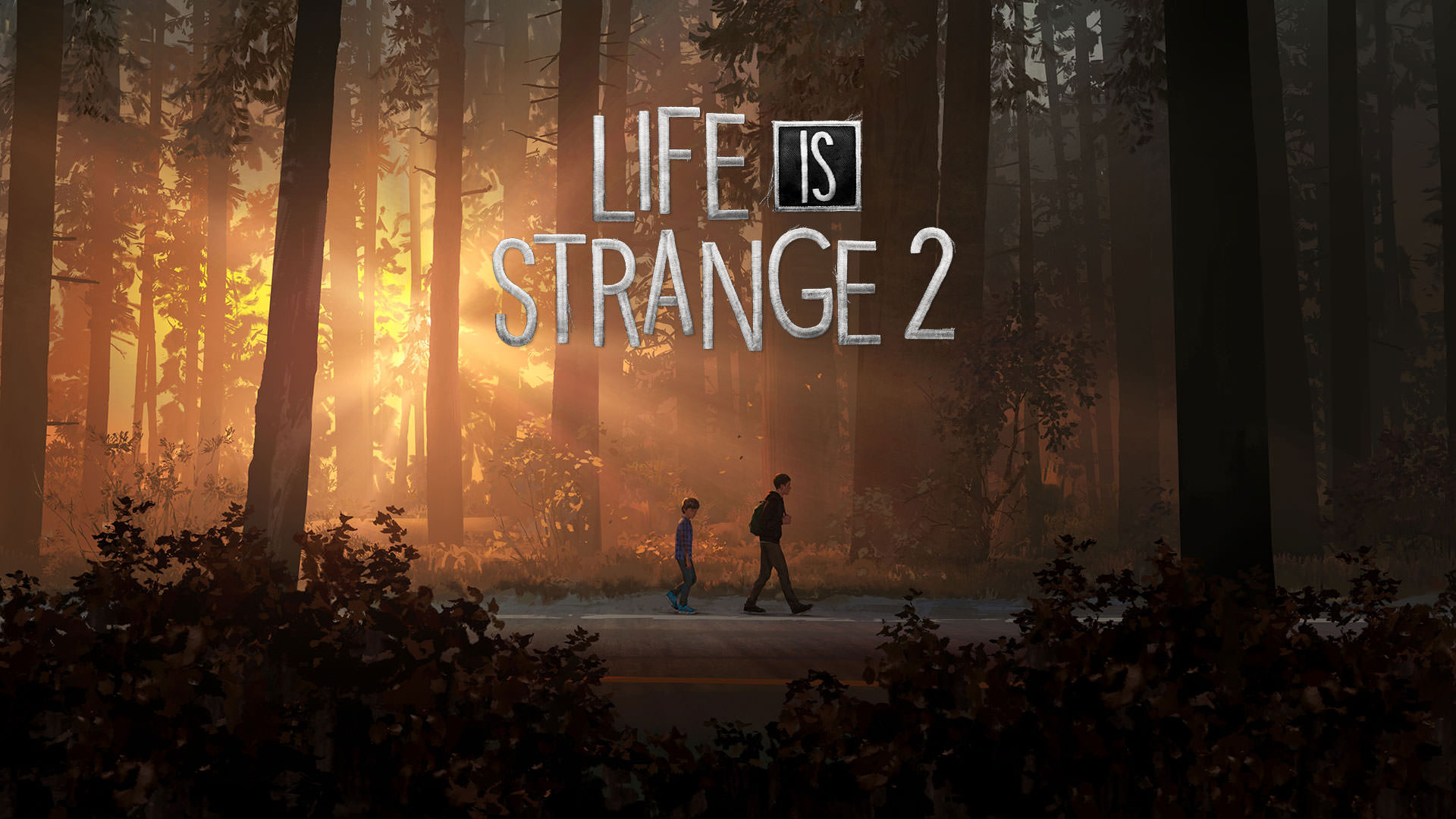 Life Is Strange 2 is an episodic graphic adventure game developed by Dontnod Entertainment and published by Square Enix. These guys put up that Remember Me, if you can actually remember it. They did not work on the spinoff with Cloe and I can say it can be felt here, as I find the first game in the series to be the best and this one is just around the corner.

The first episode was released in September 2018, with the fifth and final episode being released in December 2019. I made a cardinal mistake and played the first 3 episodes and then I had to wait for too long to continue. It’s their fault, it said “The Complete Season”, whilst I got only 3 Episodes at the time. 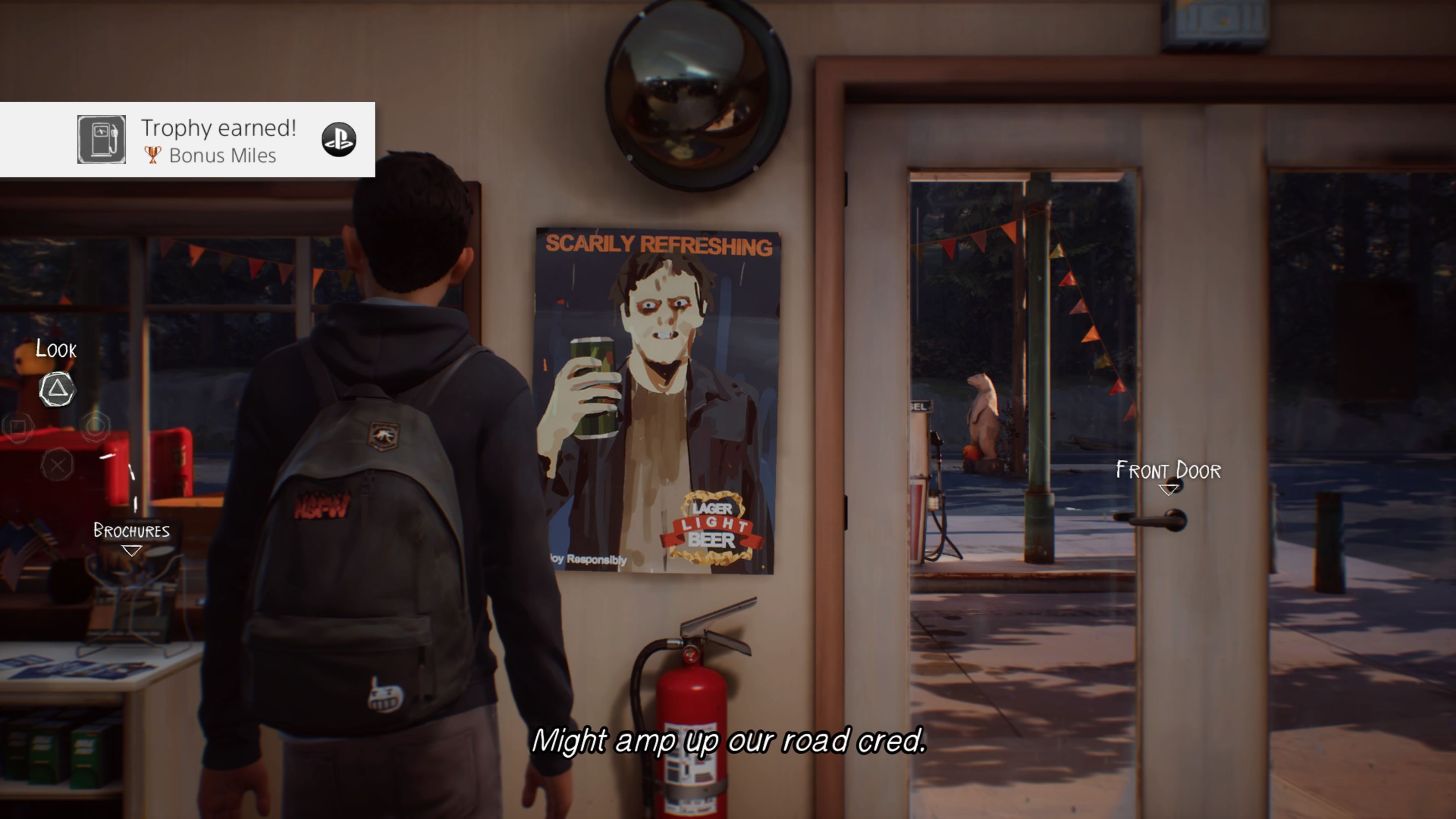 Inspect the stores, it's not stealing if you take only the collectibles!

This drama is a touching story about 2 brothers and their journey to escape the law. That’s in short. Now, I don’t want to spoil too much, as all this game has is its story. I mean, playing this, the point of this whole game is to live their life as they live it and occasionally press the confirm button. Oh yeah, you can run here and there.

Did they ripoff that indie game Brothers: A Tale of Two Sons? I dunno, never played it (yet). Well, I had to mention at least something. Well, your little brother has super powers. He is what we call a Super Sayan. Except he is a cry baby, but that is more realistic than flying with your dad and beating Frieza. 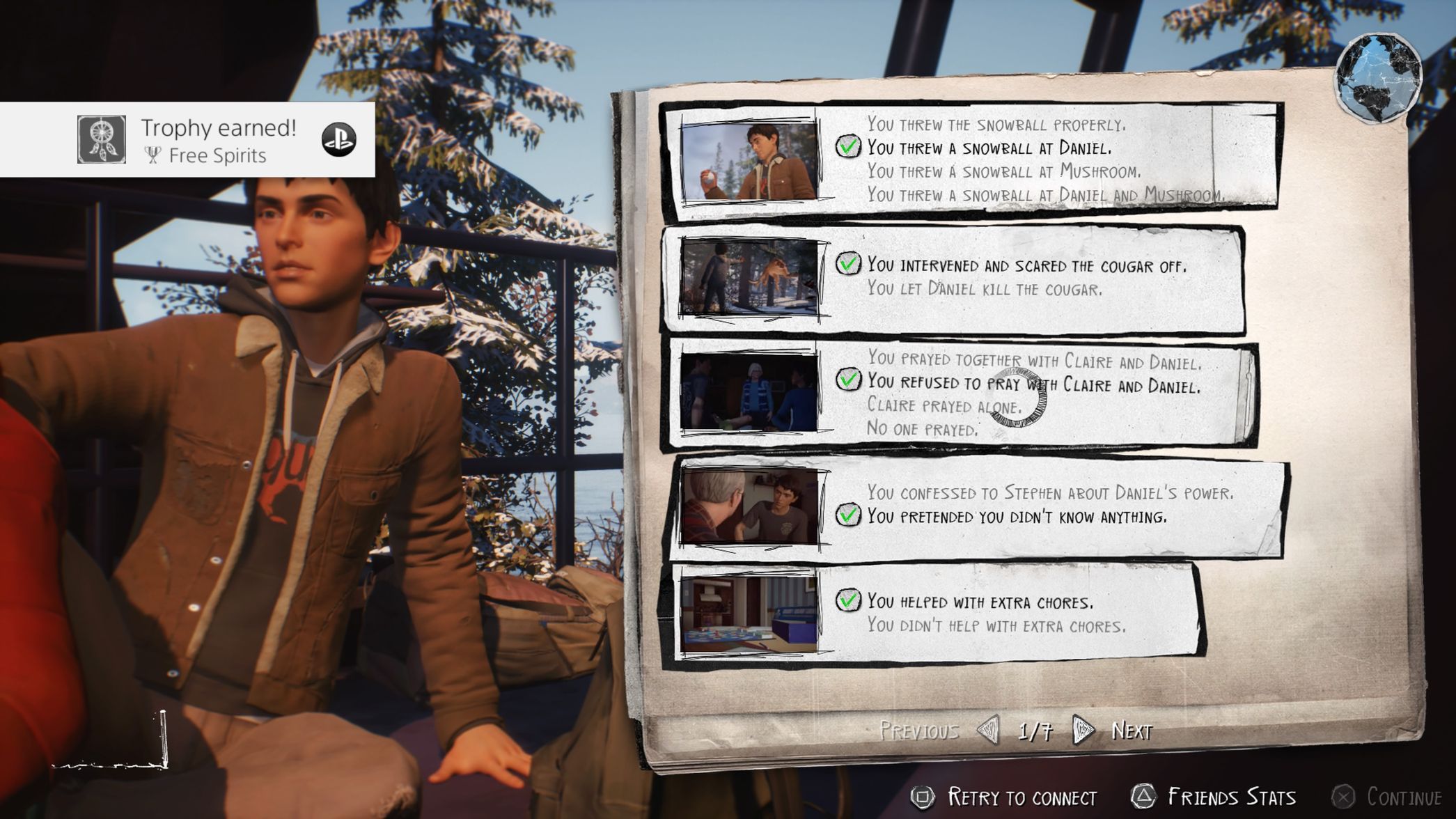 The end of every episode shows your choices. I made some stupid ones for sure.

One day everything changes. Little Wolf, unaware of his powers, tries to save his dad from the police officer that is harassing them and everything goes to shit. Now your older brother Sean has to be the smart one, so they take off to Mexico from where their dad was originally. They made that choice as the dead police officer won’t be a good defence point in front of the judge. Alrighty then. 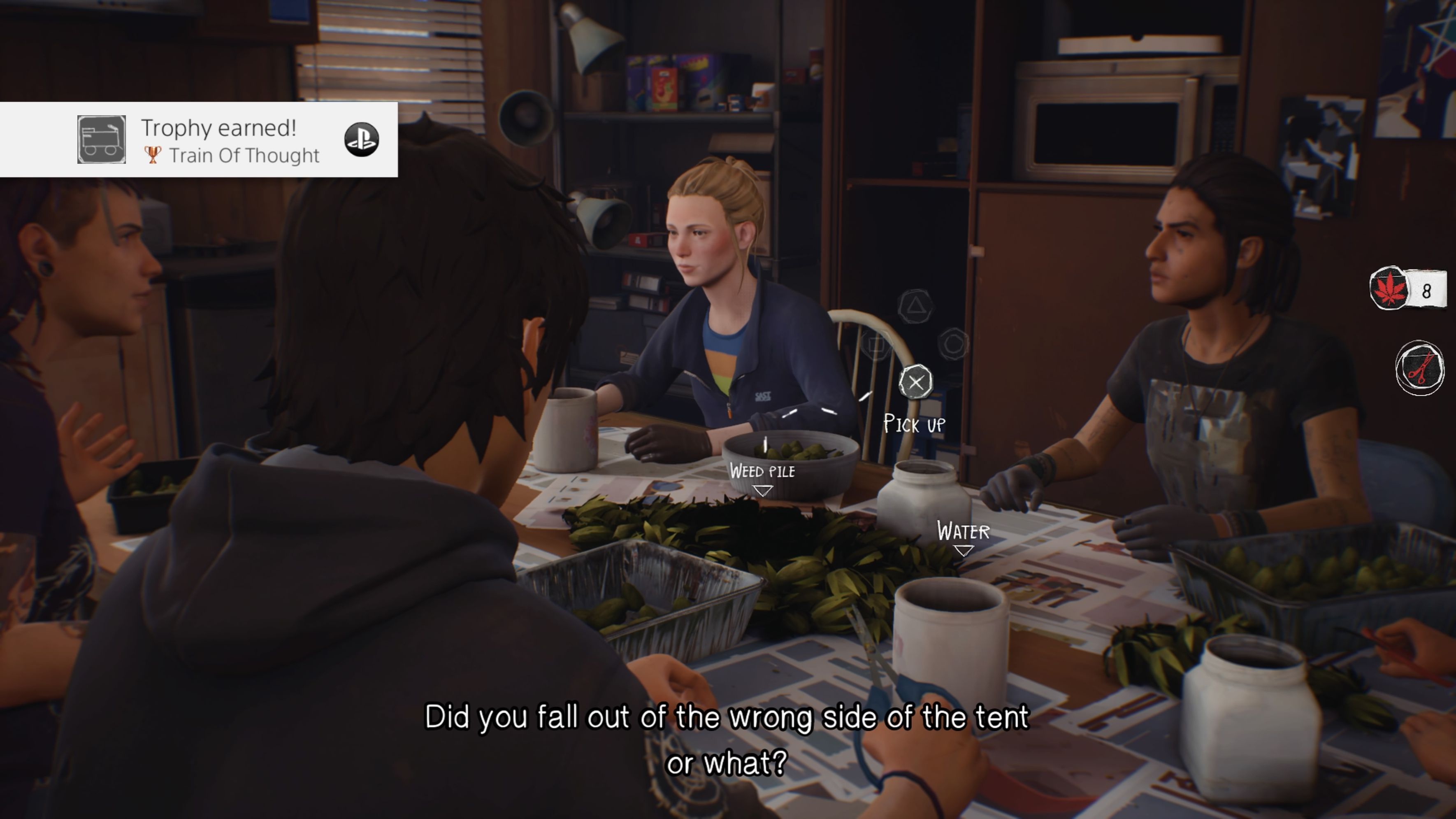 Probably the hardest collectible is to trim enough weed to get the pen.

This game is one big cringe journey towards possible salvation. I just don’t get Sean’s drama touch. In every vocal part when he is trying to represent some heavily dramatic scene, he sounds too much. Like there is too much drama. Sounds like he is overreacting in many scenes, so combining that with a bit off an outdated graphics and physics in the game; you get those cringe moments where you just can’t consolidate with your characters.

Story wise, I find it quite decent, but still not as good as the first game in this series. Too much happens for 2 little boys in this big world. It’s a good thing that your little brother can swoosh everyone and everything with his mind. 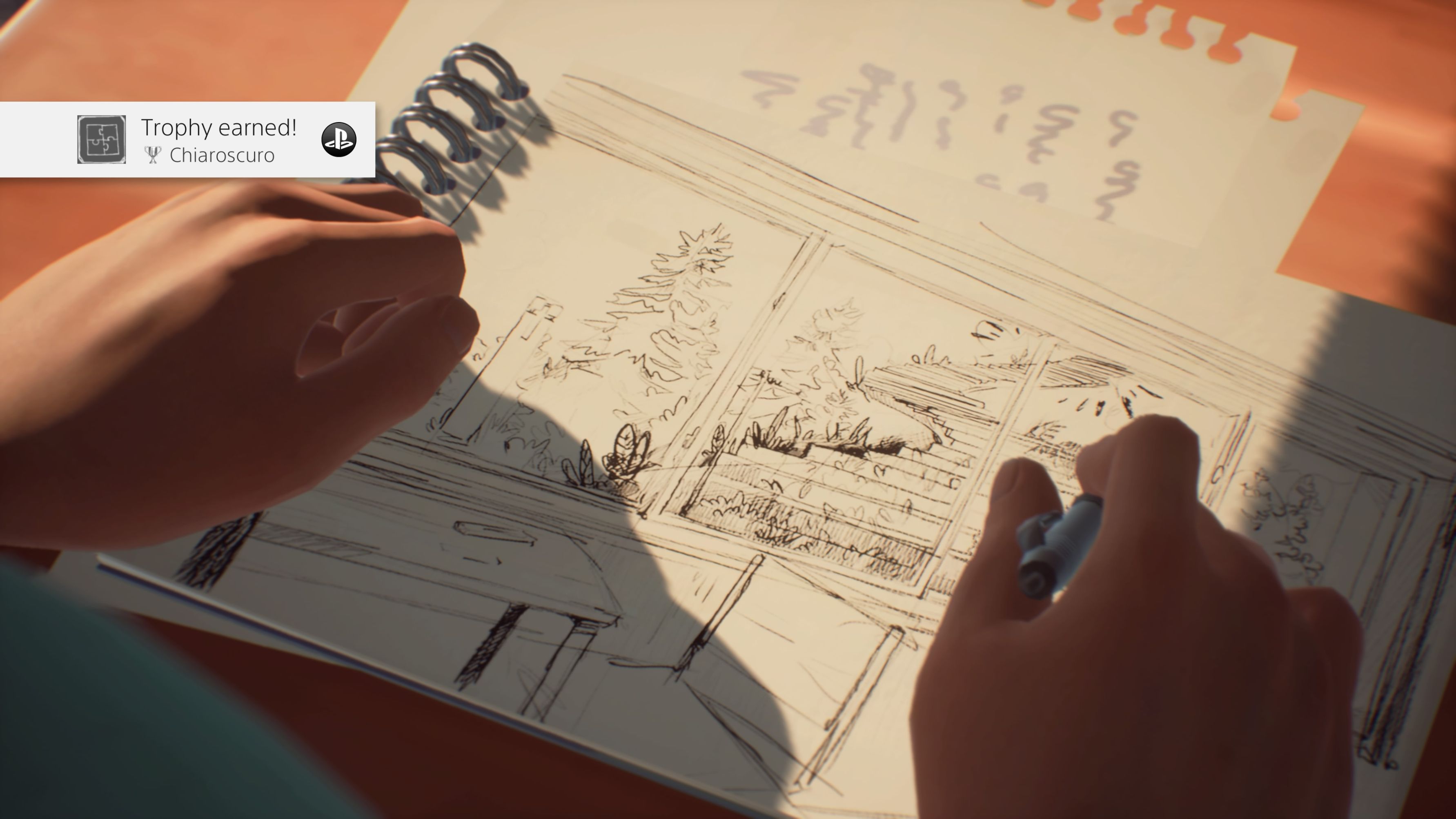 Doodle up! Time for some sketching.

Don’t expect much from the gameplay. Mostly you will control Sean and inspect objects around you. That way you will learn about things you actually want to learn, plus some require interaction to complete the objectives. Here and there you will have “breaking” choices where both sound bad or WTF, which is honestly the best in the game. Every choice makes up for the rest of the story and affects what will happen next. Still, it’s a linear game, but with slight variations in the scenes to come.

The worst and toughest decisions comes at the end, as usual. Good thing that you can replay chapters and episodes, so you can experiment with choices and maybe not take that girl in the tent, naked (you will know when you play). 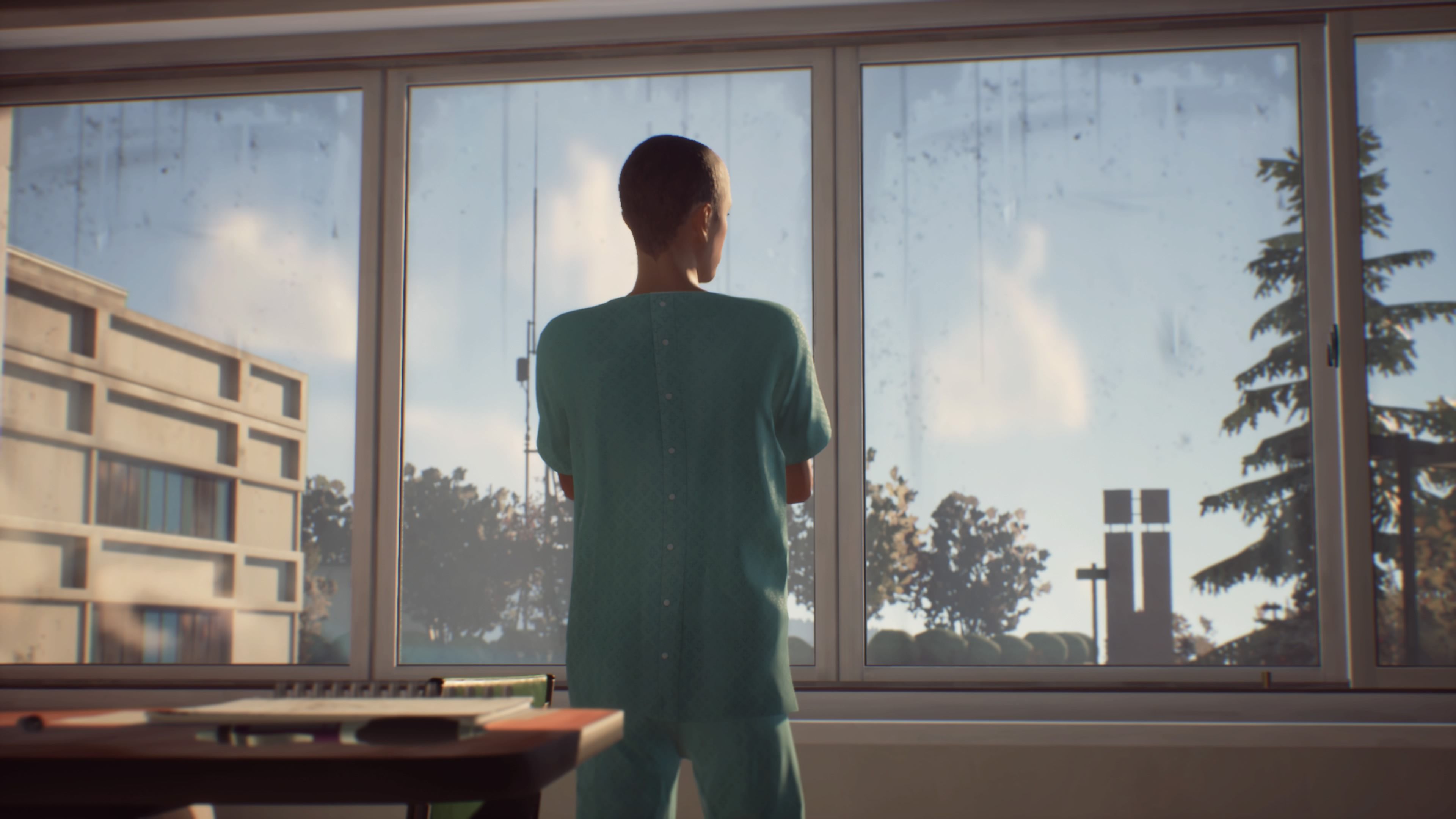 After it all goes to shit, it's time for some hospital breakouts.

You will play through 5 episodes, each with a duration of around 2 hours. Decent duration, anything more would be too much.

There is also an add-on story. If you remember when they announced the game, there was a super hero with a cape on screen. His adventures are this DLC; let’s call it that. It’s short and sweet. What rhymes with hospitals? Walking across the hot desertpitals.

Sean is the real artist. He likes to draw. Every episode offers a few scenes where you can inspect the environments and draw in your sketchbook.

Other than that, there are collectibles in the form of items to be picked up across chapters. Some are easy to find, some are not, but nothing good comes out of having them all. Although, for getting the platinum trophy here you will need to get them all. Some views can be enjoyable.

I miss something fresh, like from Life is Strange. You were that girl with the time rewind skill and that made the game unique in a sense that you can rewind all the drama to re-try paths with different ones. Here, it’s just you and your brother, where you will be the one to receive all the beatings and shit, while little one saves the day and that’s it. I need more. More I say! Probably the toughest puzzle in the game. Ridiculous.

They can print games like this indefinitely. There will always be some theme that can soak the drama and can be turned into a video game. Maybe it’s time for something fresh again, I dunno, something with more interaction and you as the main badass with some powers.

All in all, it was a decent experience. Short, a bit over the top, but good. Some scenes are lovely and really beautiful. They pull at your heartstrings, too bad mine died with FF7. 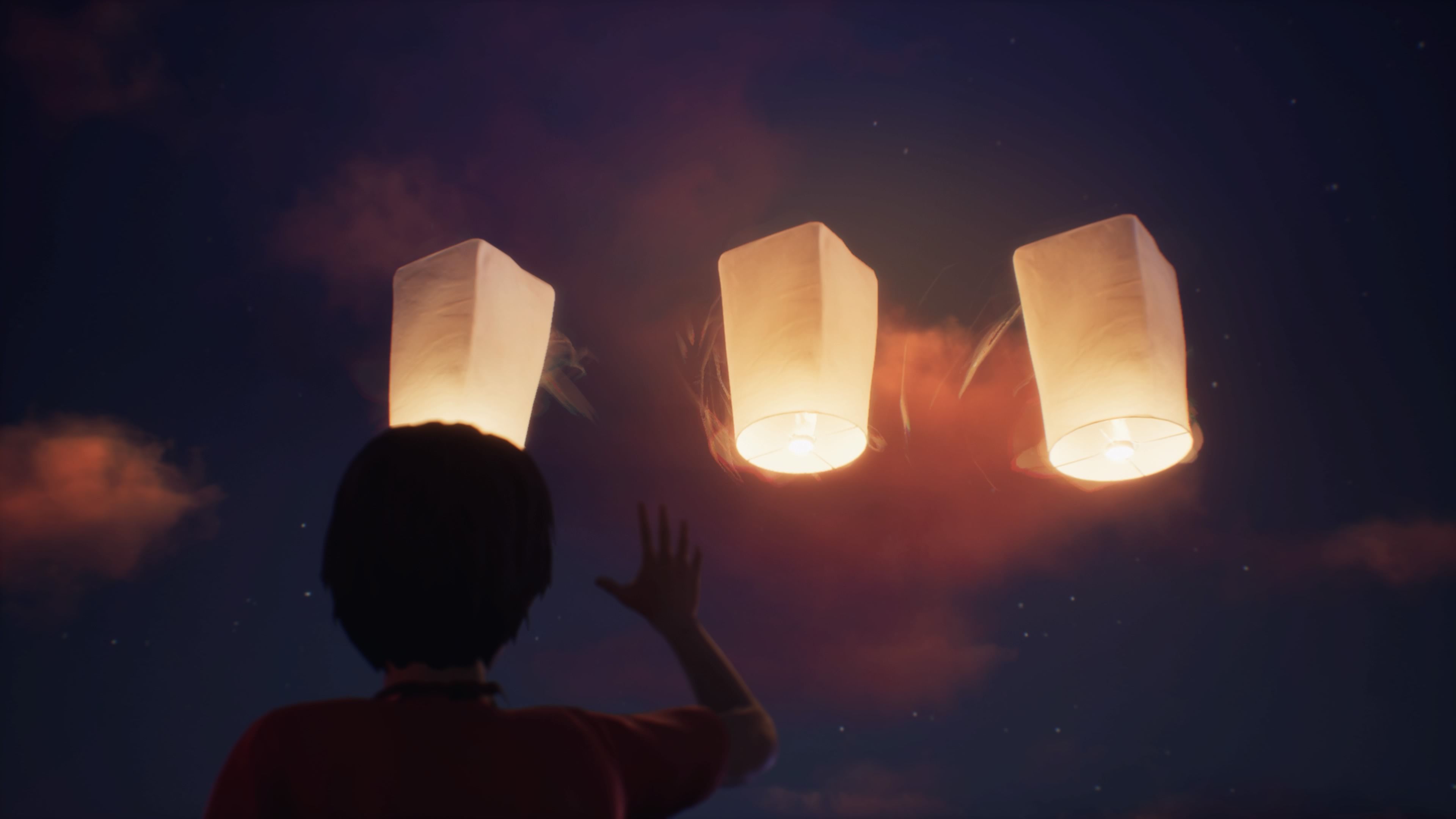 Your super power is whining, while your brothers do all this cool stuff.

If you did like every strange life until now, or maybe you want that strange supernatural experience, try Nier Automata. But if someone buys you this game, play it and there is a chance you will actually love it.

"Same quality as the first game, but without you having the super powers. Still a drama"