"Another Ys game, another journey with red-haired Adol. Button mashing at it's finest, but somewhat boring take in the kingdom of Celceta. And of course, don't forget the PS2 graphics. " 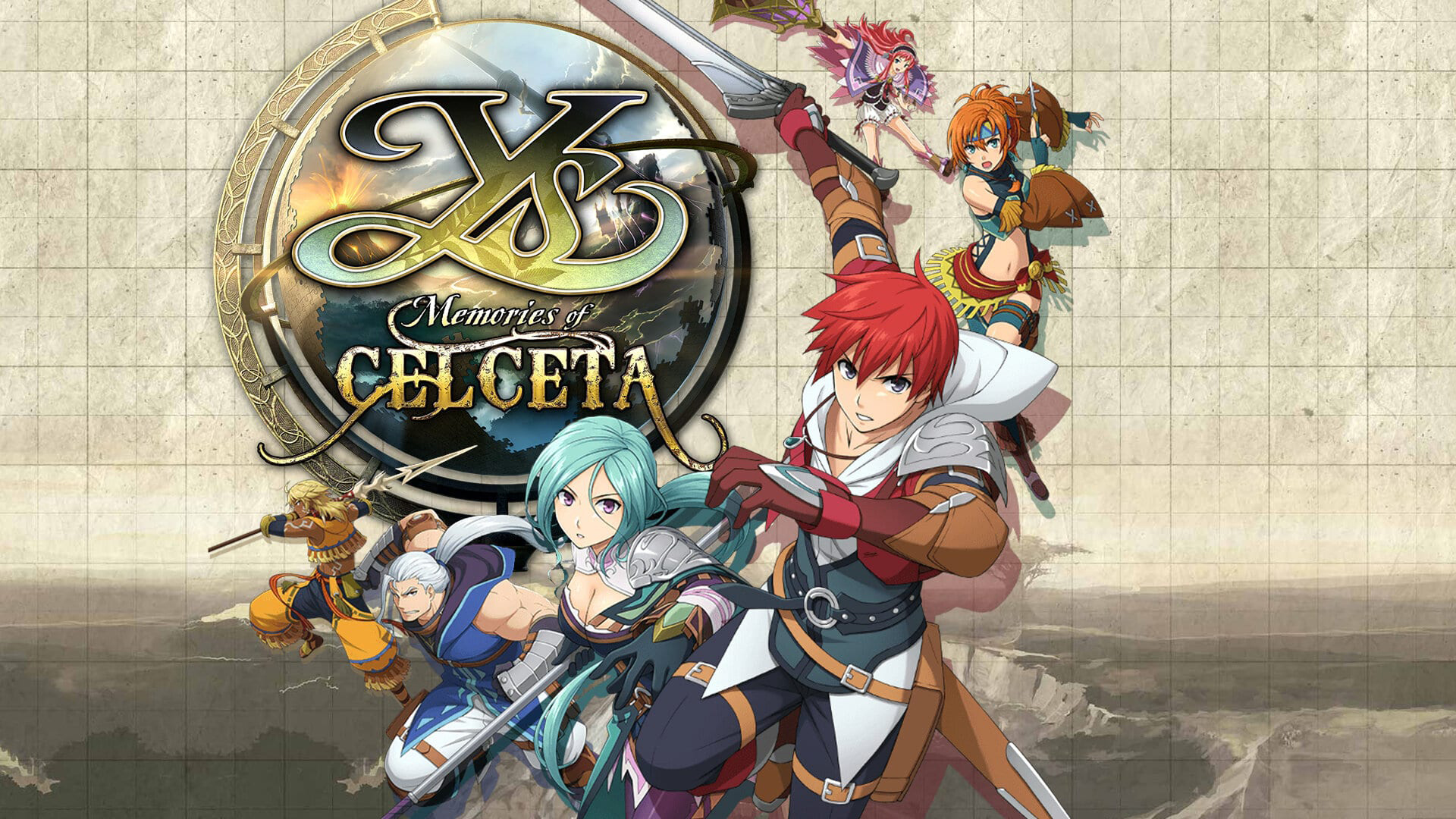 Here we go again, another Ys game! Memories of Celceta finally found its way to our PS4 consoles. It was on PSP for quite some time, so this manoeuvre is always welcome. When we talk timeline, it’s the 4th sequel featuring well-known protagonist Adol. Few days back 9th game came out, which can show just how far are we behind with some ports.

The port itself is well-transferred to the last-gen consoles. I didn’t encountered any crashes nor issues during my 60 hours playthrough. The graphics are from the PS2 era, but that’s just the way Nihon does games. Even with the outdated graphics, the port is decent and it doesn’t show any problems in this area, it actually looks pretty solid on the huge 4K screens. 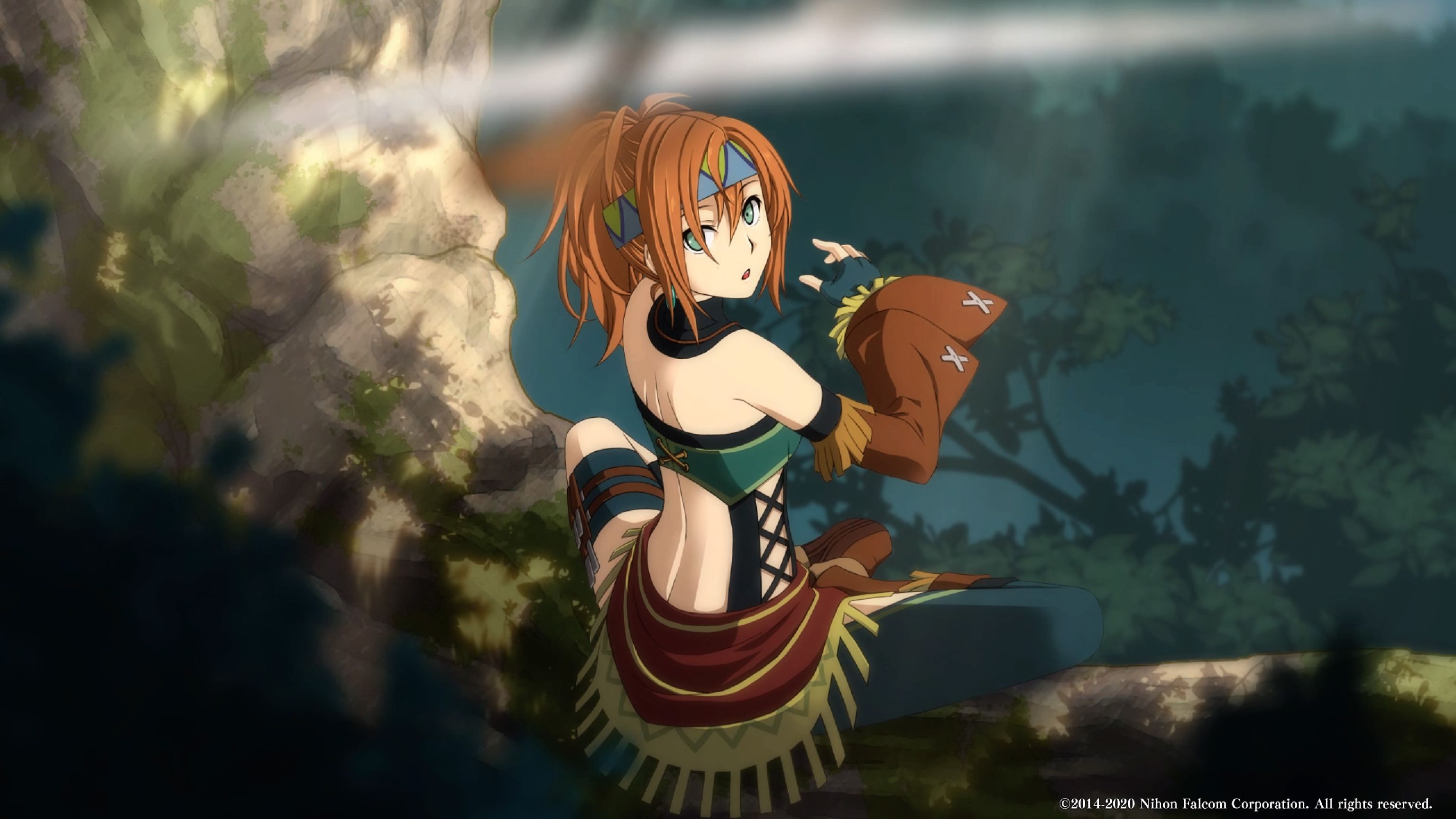 I love the anime-styled animations! Too bad there are just a few.

All Ys games are action RPG games. My first was Lacrimosa of Dana and I instantly fell in love with that one. I expected much of the same for the other entries, but Ys Origins left bitter taste in my mouth. I honestly disliked a lot in that game, and Celceta falls somewhere in-between Origins and Dana. I will explain everything, but in due time!

Adol, the protagonist, is your (new) hero with lost memories. He remembers nothing! That is how you start, that is how you progress, and that is how you usually start in every town, area… This is my main problem with the game, it just doesn’t seem interesting enough with its story-telling. Half of the game is just cringe, one scene after another how Adol lost his memories and has no idea who is who, while they do remember him and usually throws him and the crew behind the bars. By the point where game finally picks up and explain the mystical part of the story, I was utterly bored and uninterested what happens next. I just didn’t cared anymore. Most of the events are simple and boring fillers anyway. 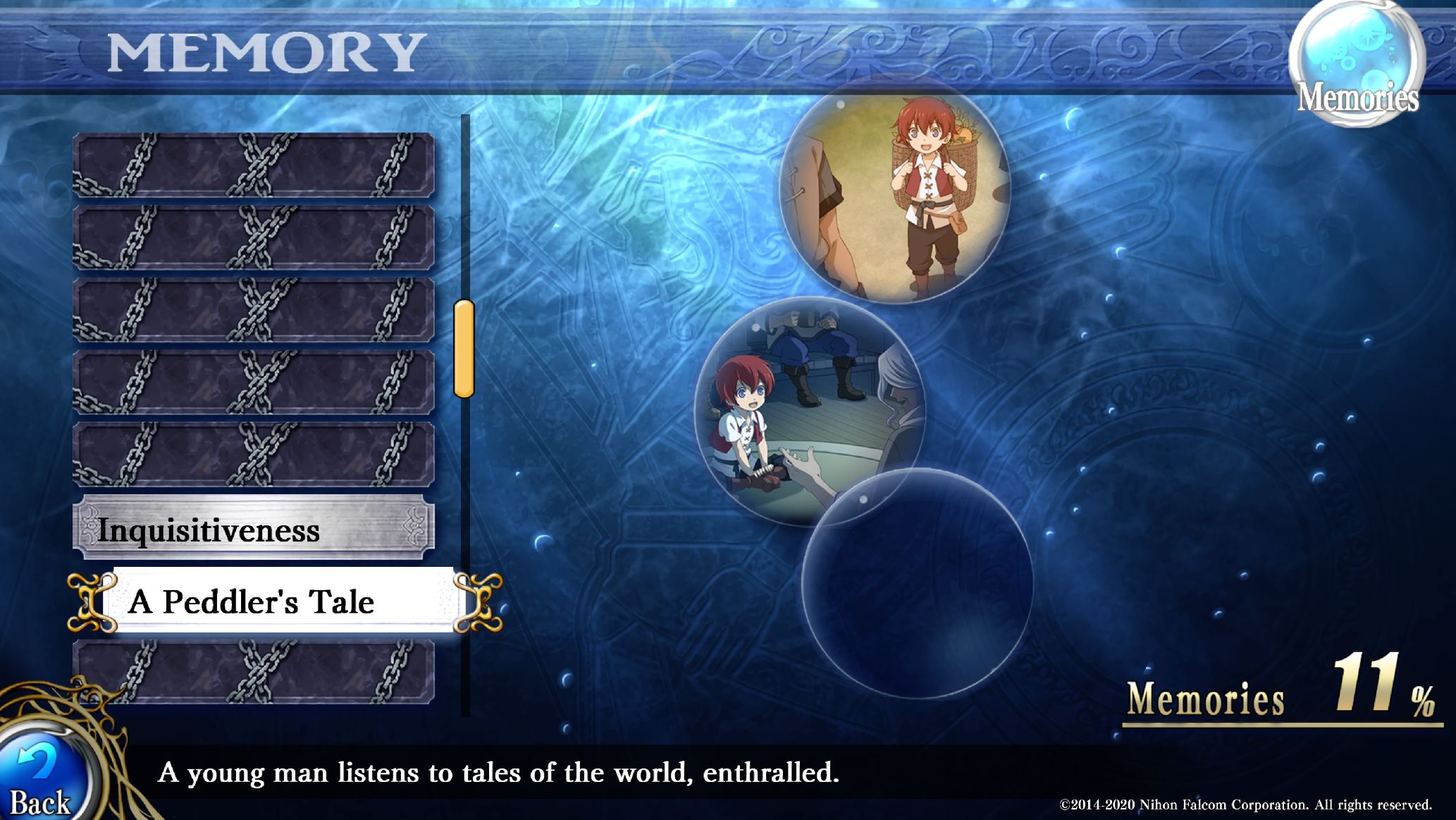 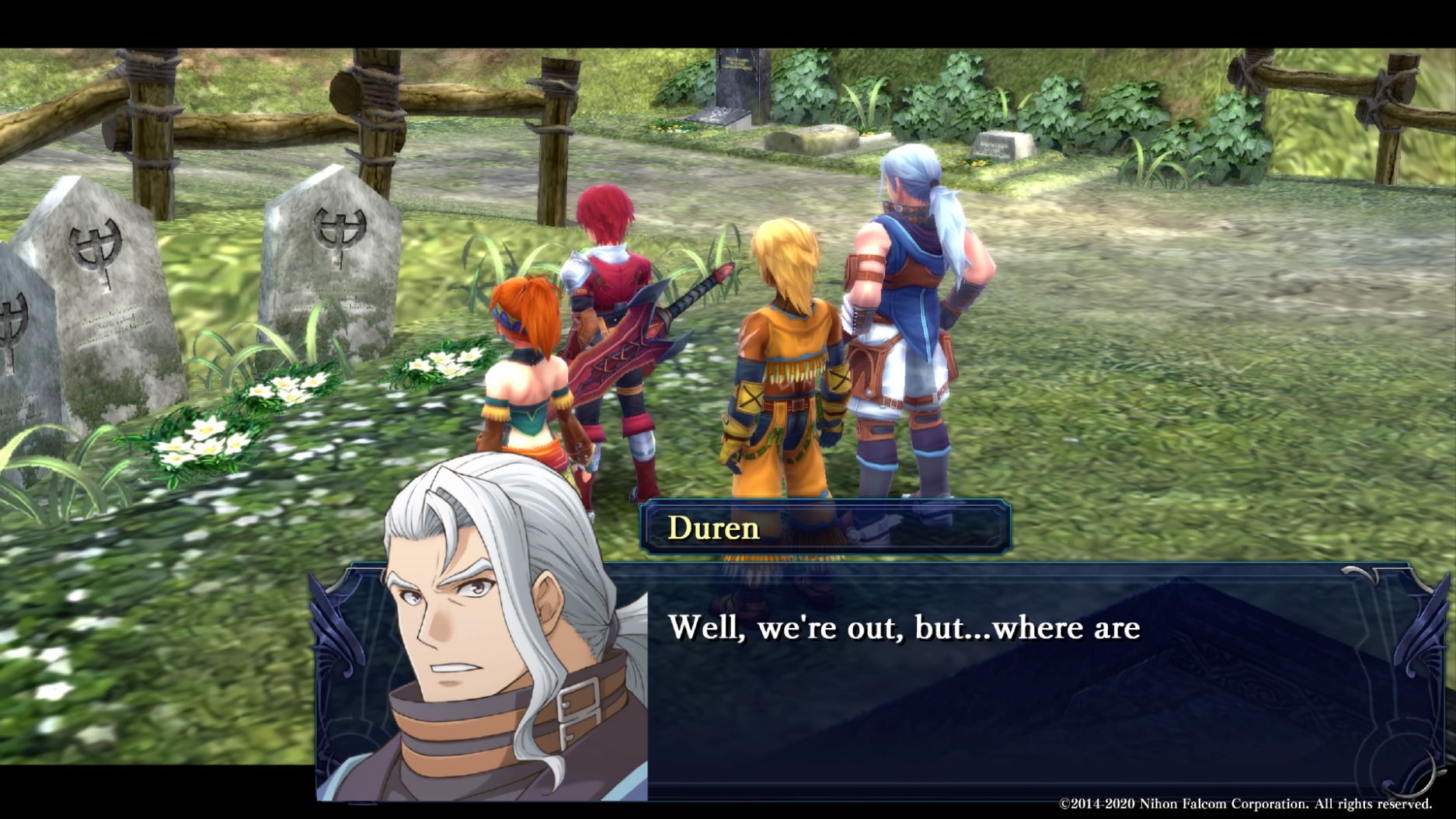 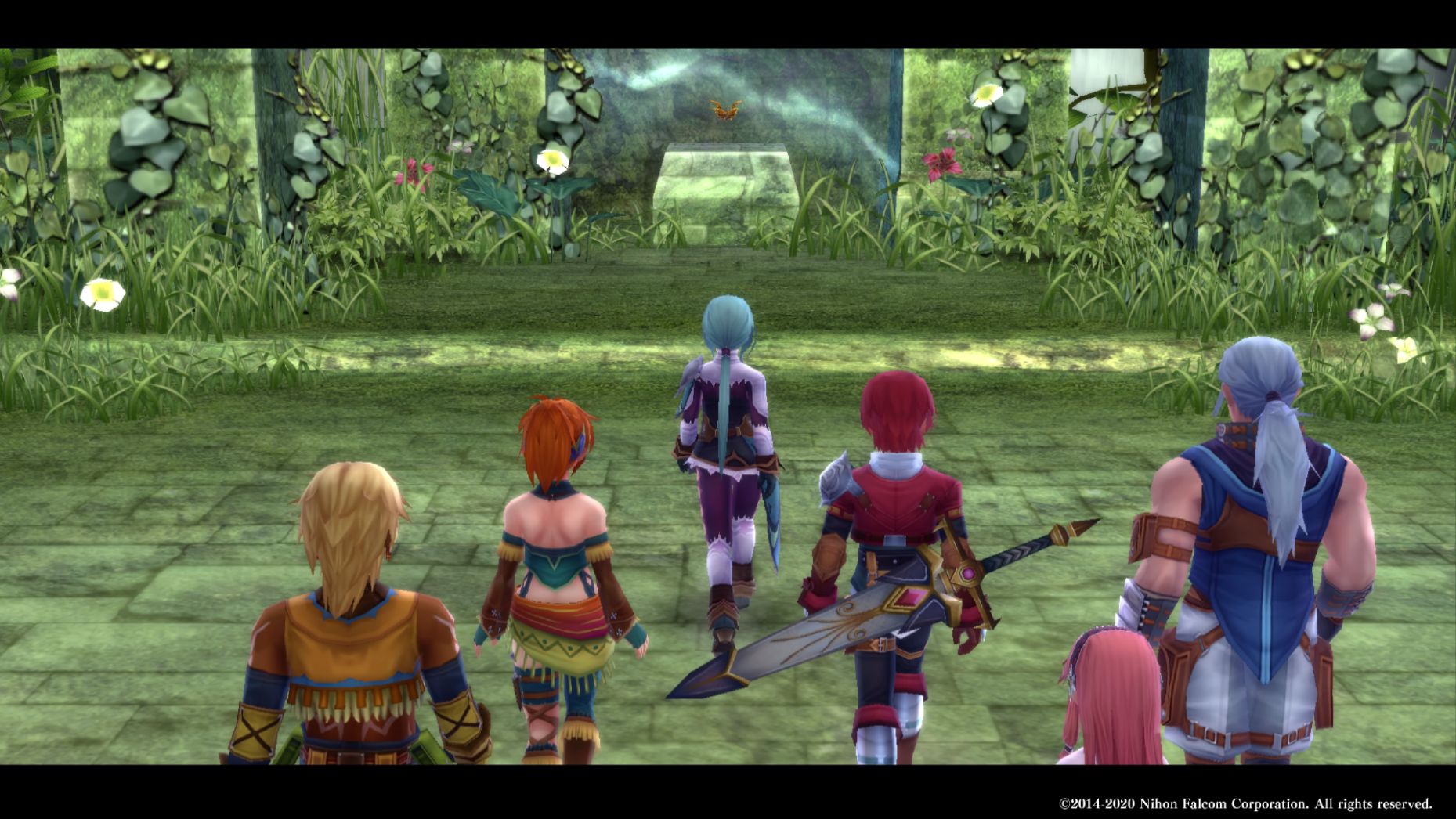 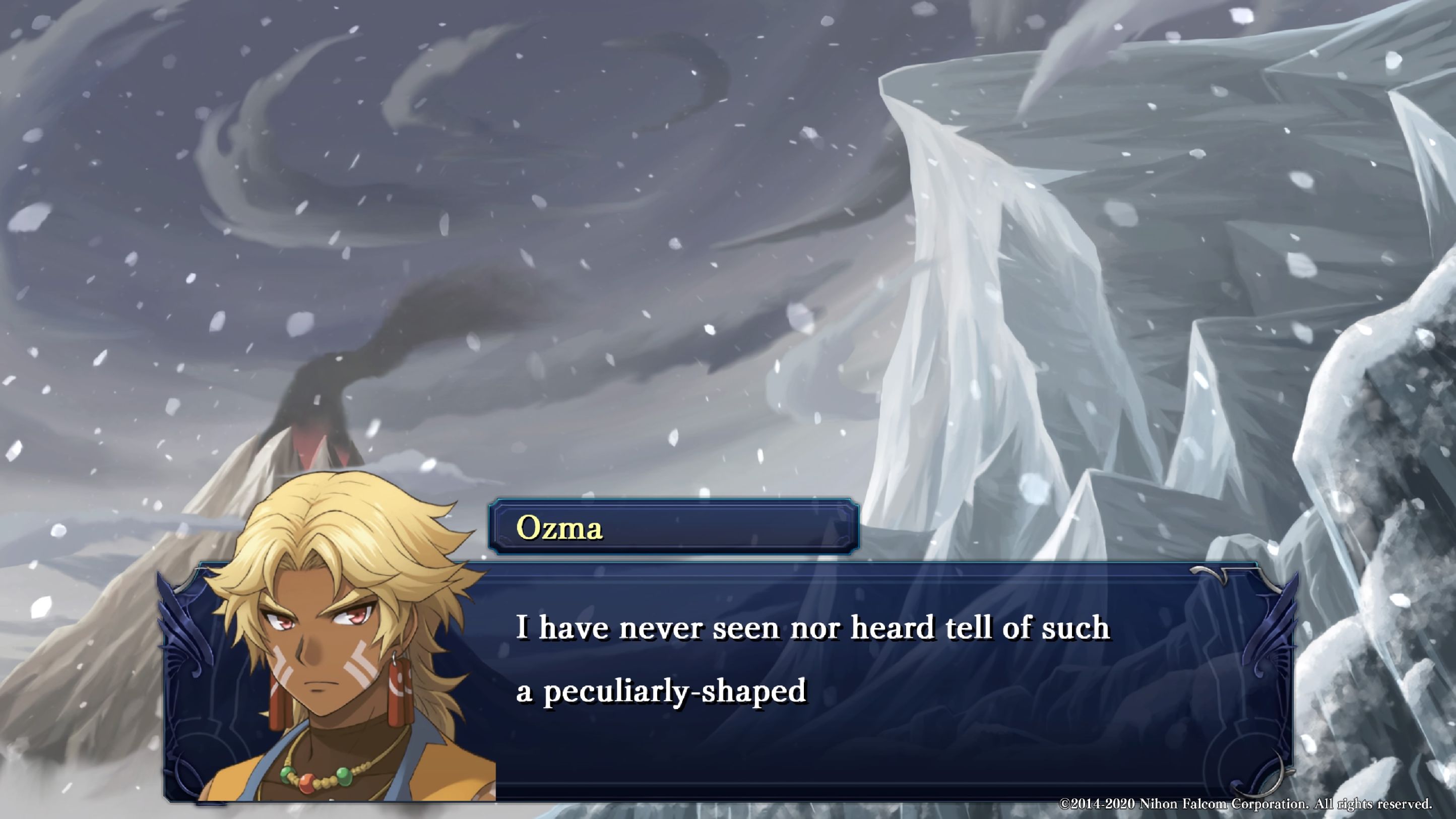 Collect all the memories, explore the world... Thats it, apart from that there are plenty of boring conversations you will have to listen to.

Why Memories of Celceta? Well, Celceta is the kingdom, and Memories you collect to regain those with Adol. You will remember everything eventually and learn what your mission is, who your friends are truly and what one hero needs to do to save everyone.

In this agony there are some pretty decent songs. The soundtrack is great, not Dana great, but pretty great I would say. This raised the grade and feel in towns, dungeons, basically everything is better when the music is good. Nostalgic melodic tunes, harder ones, there is a mash of everything. I love the soundtracks from Ys, Trails, and basically all Nihon games. That is one of their strongest points for sure.

During your journey you will traverse towns, they offer shops and quests. All of those are small and limited, leaving the only “pleasure” to be quests. And they suck. They suck so hard it’s really sad. All of them are fetchy, you need to bring something or get rid of someone. This is yet another minus. Doing them all can unlock some cool weapons and equipment, but the quests themselves are boring and there is nothing inspiring to be found. 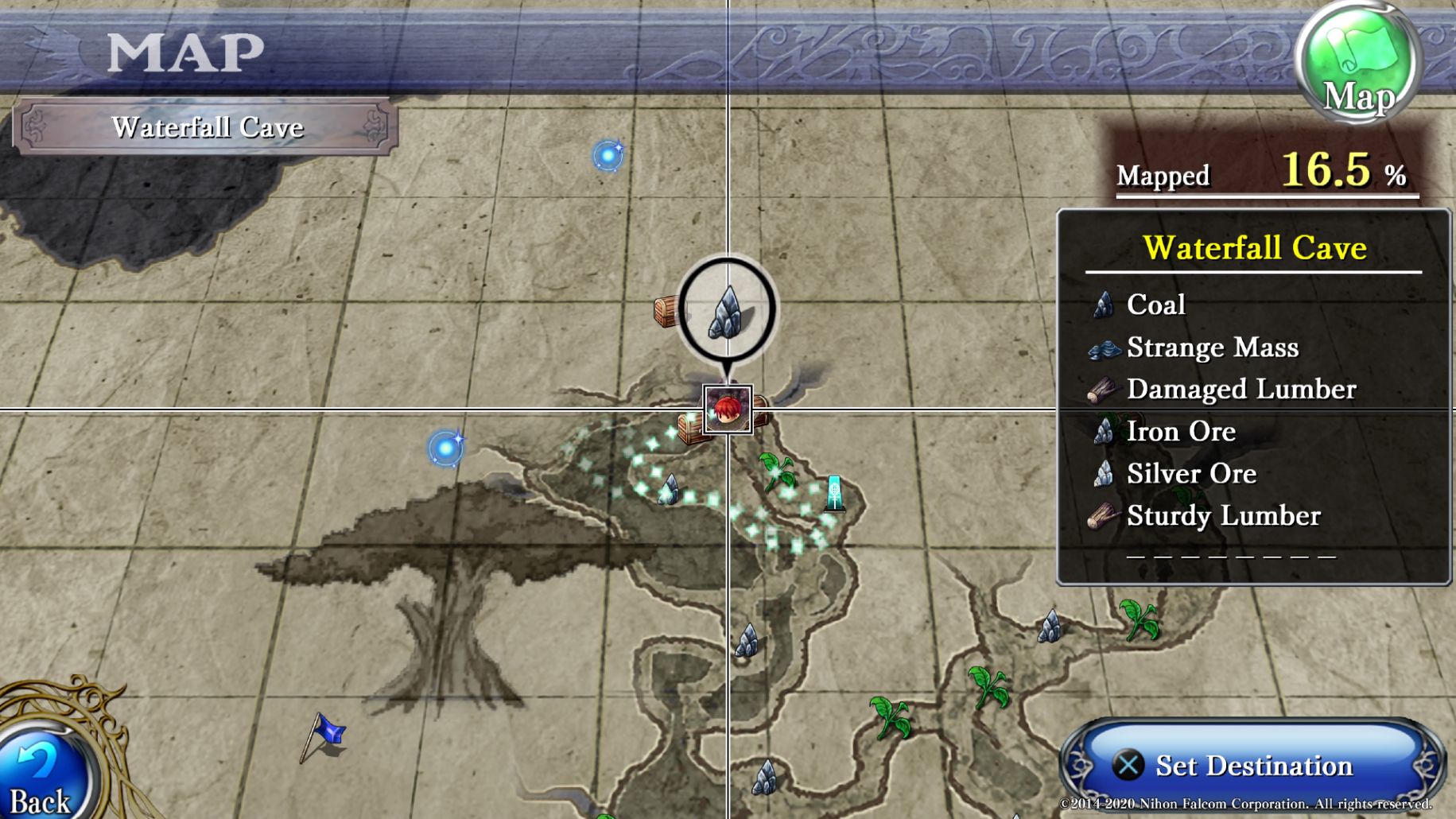 Milking monsters in the field is really something I never expected doing in this game. No, it's not cute and fun.

What I always loved in theirs Ys games is the exploration factor. Fast-paced action in the field helps, and exploring areas is somewhat fun. At least here I find it somewhat fun, since I’ve seen better. It’s a linear experience with few obstacles here and there, filled with interesting monsters. When I say interesting, I mean that there is enough variety not to get bored easily, but they are still limited with their movesets and you will often be overpowered on lower difficulties.

Since everything is fast like you are on cocaine, attacking and changing your team members and then unleashing skills can be fun. Well, at least when you don’t over-populate the screen with monster drops. Sometimes it gets messy and you have no idea what is happening. It’s still fun, especially the boss fights. I must admit, I liked the bosses in Origins more, there was no challenge here, and that fish boss was a bore. Sometimes to stun them takes an eternity and it feels boring.

Bottom point – exploration, dungeons, using the abilities which you collect and traversing back to reach different areas is fun; especially since you have a pretty good map and the since the game is not so long, so exploring while traveling back to already finished areas is not a big problem. There are maybe 1 or 2 puzzles that can make you think, the others are just easy and there is nothing that can stop you completing them easily. Too bad, I miss using my brain. 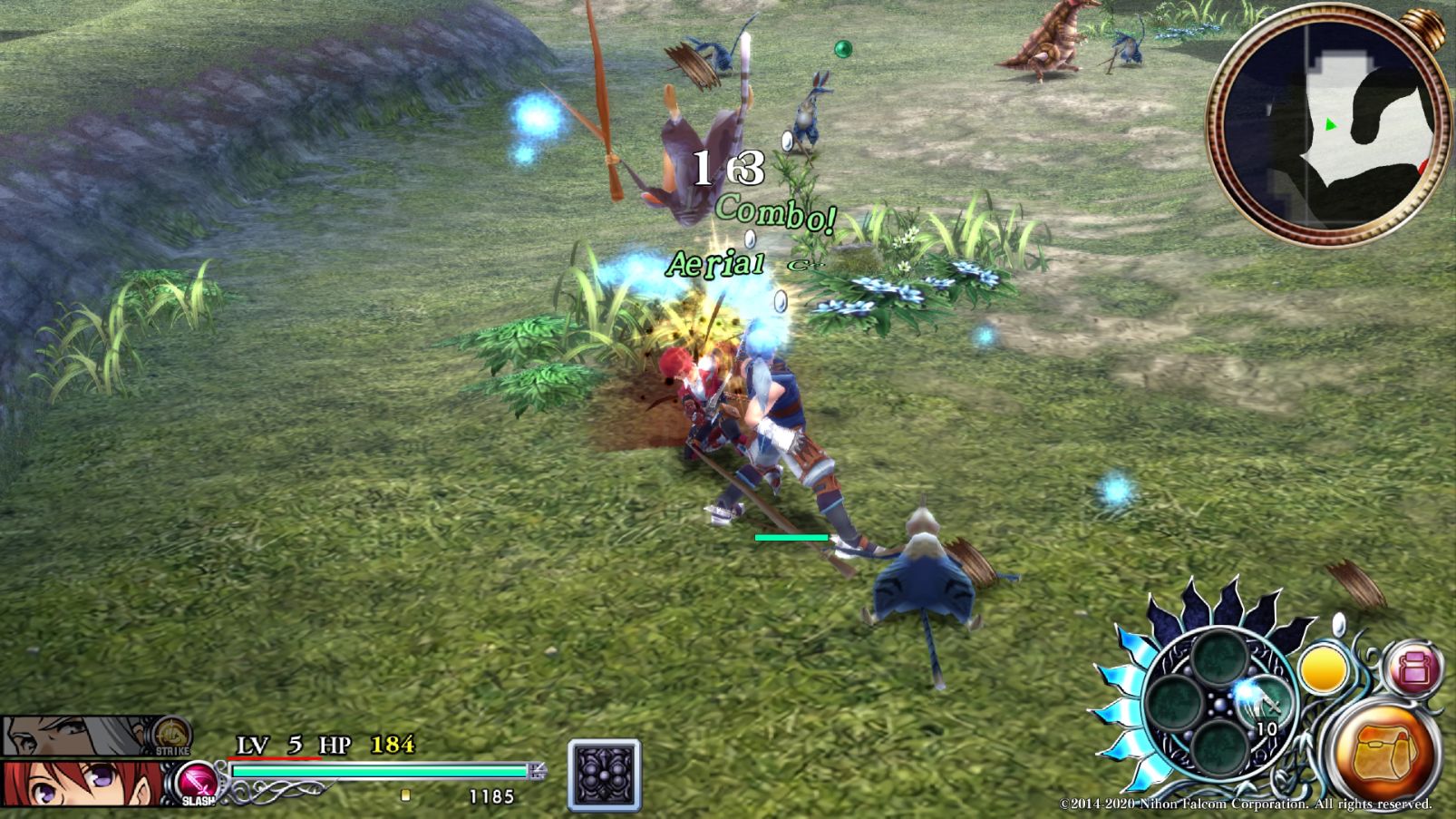 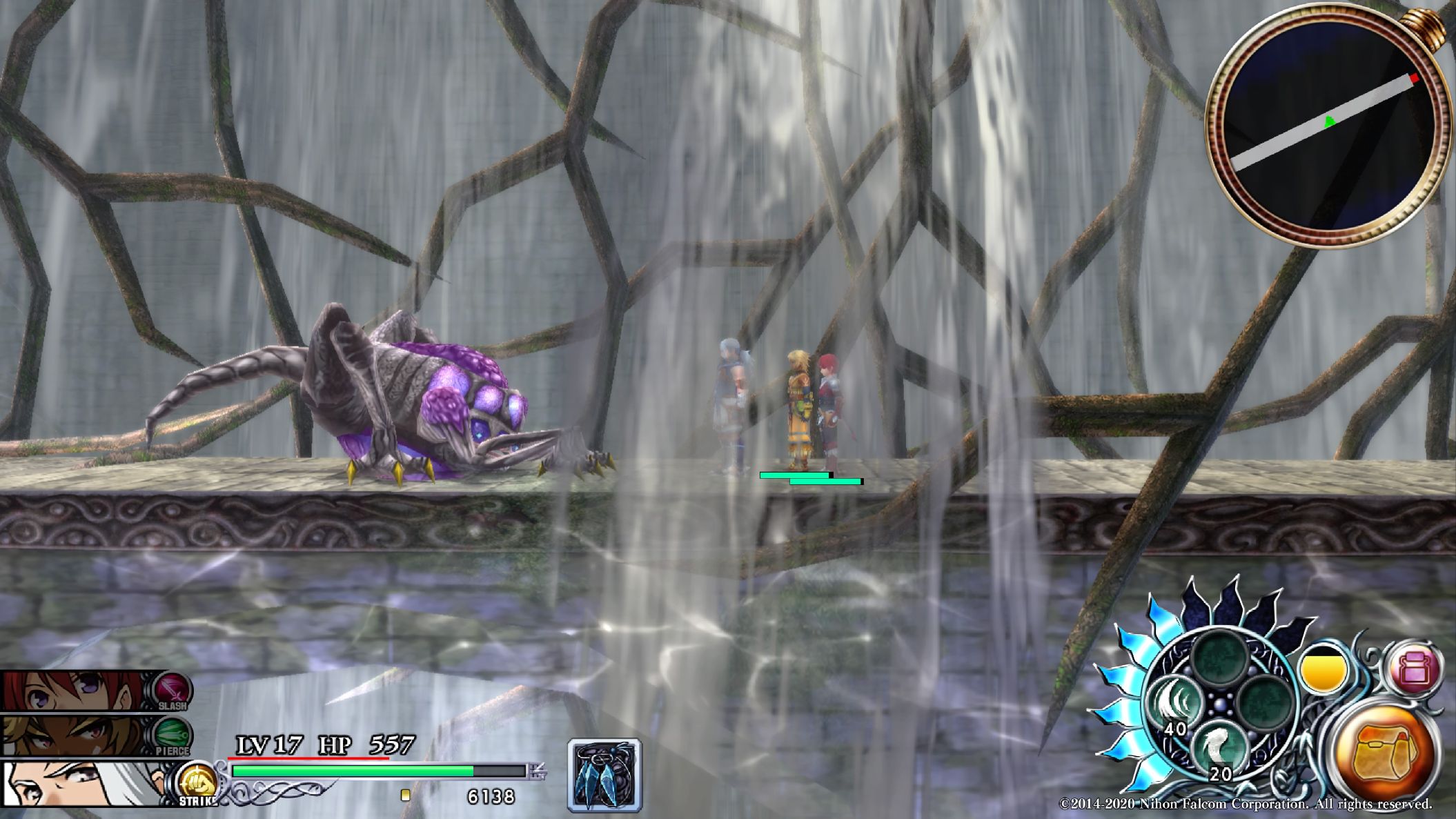 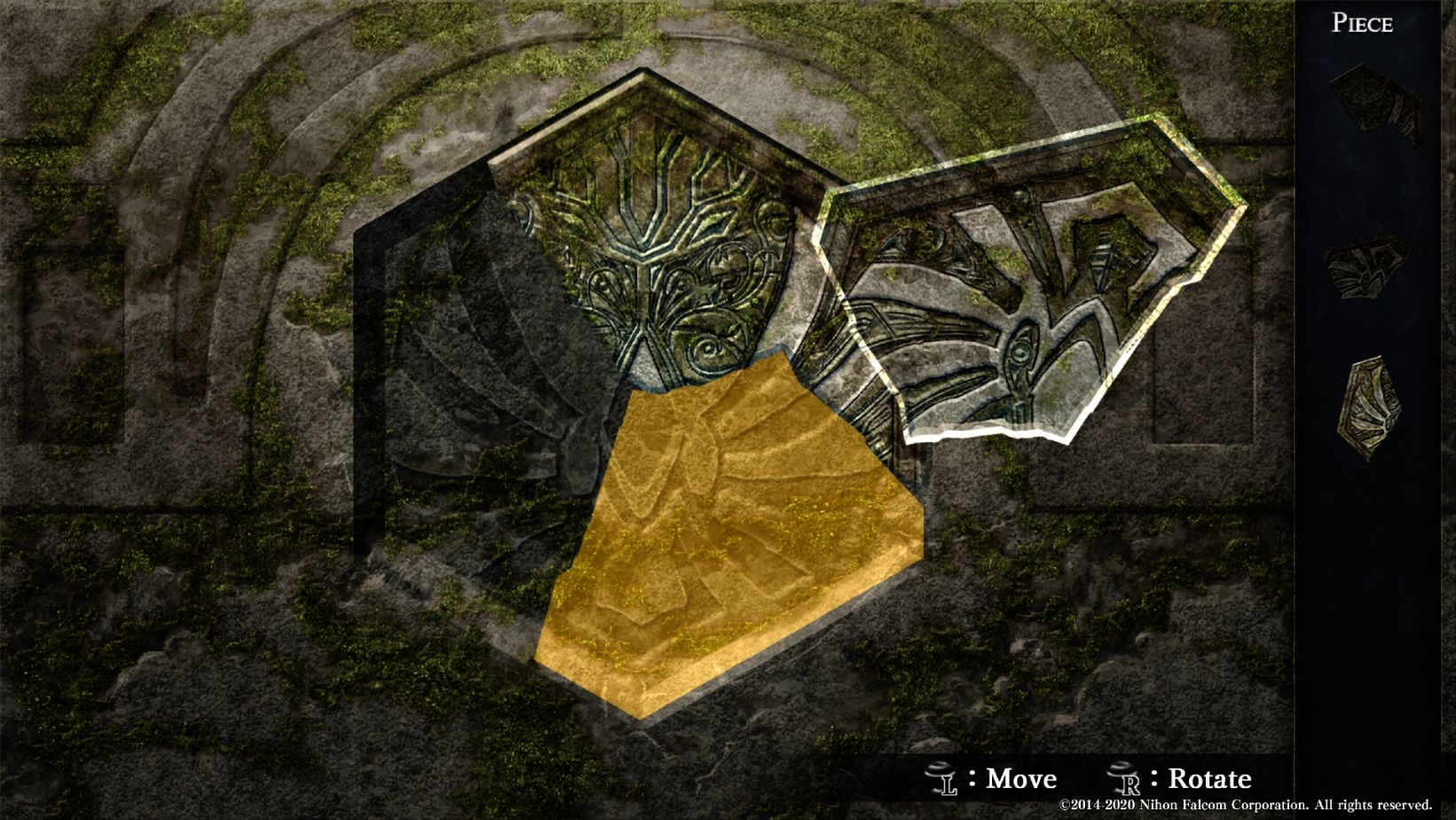 Mash that X button! Or was it it square? I have no idea anymore, and look at this puzzle! So hard, I had to stop and think.

The RPG system is ok-ish. Levelling up raised your stats of course. Finding new equipment is always welcome, you need to stay strong. I liked the weapons, they change visually as you equip them. You can even upgrade them and add certain stat boosts to them. Same for armours. It will be something that you will need to do for your nightmare difficulty run if you want to try it out.

Collecting all items is not a problem, the drop rates are decent. By selling what you collect will grant you money, but the usefulness of this is when you decide to craft accessories. The best and the cheapest way is to spend monster drops to craft something, so make sure to think about this as you play.

Skills are learned by using what you’ve already learned, and they can be levelled up as well. Some are really cool, but you can easily overuse them, thus making your life quite easy. It’s all your typical RPG mechanics packed into this action adventure. Nothing new, nothing worth mentioning, really. Skills and equipment at least gives you some fun. All of that will prepare you for the Nightmare difficutly if you ever decide to go there.

I liked playing with different team members, but I also hated few. My favourite is the halberd lady, while the guy with the spear is just… No, I just don’t like anything that guy does. Ozma, the same name as the giant earth boss from FF9. You can also try time challenges and Boss Rush mode in NG+, but considering boss fights are not that special, you might wanna abandon this.

My final experience with this title is decent, but pretty mediocre in all aspects. It never really hit me in the right spot. Still, fast-paced fluent battle system is fun, exploring and some boss fights can get your blood pumping. If you want something that will rock your world, avoid this one. If you love Ys games, get it, but don’t expect mind-blowing story-telling and complicated mechanics. Simple game, great soundtrack, not that great side content – in short that was my experience.

"Solid Ys, mediocre action RPG game. Not as good as Lacrimosa of Dana, not as bad as Origins."