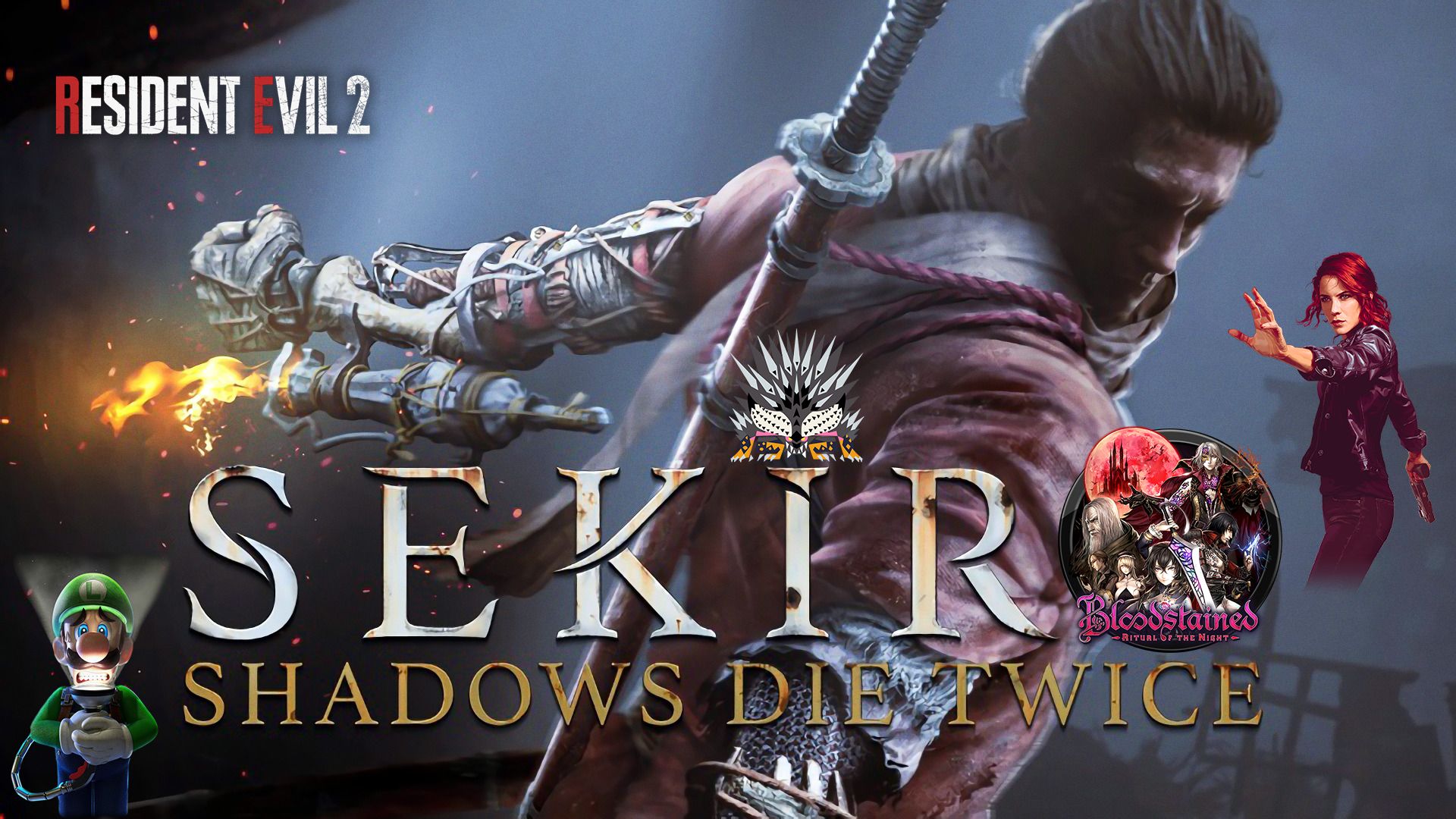 Wow, when i look back at 2019th (which is few days ahead), I really need to create an article about this year. Although I don't see any game in 90+ rank, let me create few categories for ya'all.

Let's think about Tier S like something that should be played, it inovates, but at the same time it's fun and worth your time. Tier A is somewhat bellow, but just lacks that little something. B would be good, even solid, but not something everyone would like and C is omg kill me before i finish that game. Let's go!

Sekiro: Shadows Die Twice (PlayStation 4)
What can I say that I didn't in review. Not much. I respect From Software a lot. Sekiro proves it. It inovates in faster combat and great mechanics that will test your nerves real good. The best for me in this year.

Bloodstained: Ritual of the Night (PlayStation 4)
When it comes to Castlevania: Syphony of the Night, it comes to this. Same guy, same respect, same game (hehe). Best what side-scrollers can offer.

Control (PlayStation 4)
Remedy is your remedy. Fast paced supernatural combat and the badass chick in the new Alan Wake! Don't miss it.

Monster Hunter World: Iceborne (PlayStation 4)
Guys, you know that MHW that was an animal of a game? This is DLC and it's almost as big as the game itself! Featuring new weapons, monsters, maps, you name it...This is Capcoms golden globe.

[Remake] The Legend of Zelda: Link's Awakening (Switch)
More of these please! Everyone should play Zelda, both older and younger generations.

[Remaster] Tales of Vesperia: Definitive Edition (PlayStation 4)
Personaly one of the best Tales games and great edition of this one. It was a long time when it came out on Xbox 360, so grab it now and play it yesterday.

[Remake] Resident Evil 2 (PlayStation 4)
A perfect remake of already almost perfect old school horror game. Nothing should stop you from buying and playing this.

Kingdom Hearts III (PlayStation 4)
I just miss something. Story maybe? Nah, that I don't even understand. It should have been so much more after all this waiting.

Devil May Cry 5 (PlayStation 4)
I would say that this should be Tier S, but for some reason I just don't feel it there. It's probably personal opinion as I'm not crazy about this series. But great comeback and one of the most complex Dante you will ever control.

Days Gone (PlayStation 4)
The best open world Zombie game. Period. Although outdated in some ways, story was fine and overal game is solid. The hordes are cool.

A Plague Tale: Innocence (PlayStation 4)
Solid experience from a small studio. Fun little game, but nothing more than that.

Judgment (PlayStation 4)
Back to Kamurocho! Detective that let tailing missions ruin whole Tier. Easily an S rank but some stuff in the game was tedious. Great enlish dub btw.

Death Stranding (PlayStation 4)
Mail motherfucker! Great experience that stops when you want to play good side content. Best in game physics and many great things, but not the best from Kojima. Stop making open world games man.

Star Wars Jedi: Fallen Order (PlayStation 4)
Although decent in all ways, it just copies too much and fails to inovate. But if you like the universe, try it out!

Arise: A Simple Story (PlayStation 4)
Beautiful art game. I love them here and there and this one is one of my favorites in this year.

Blasphemous
Dark Souls meets Castlevania. Do not think, go for it.

Code Vein (PlayStation 4)
Maybe dissapointent of the year. I looked forward to this game, but it's just not what I expected. It's not bad, but it's just dull at some moments.

Concrete Genie (PlayStation 4)
Sorry guys, I disliked this outdated cotrols and lousy platforming. I do like the art, but everything else, meh.

Backlog from this year (wanna play, will play)