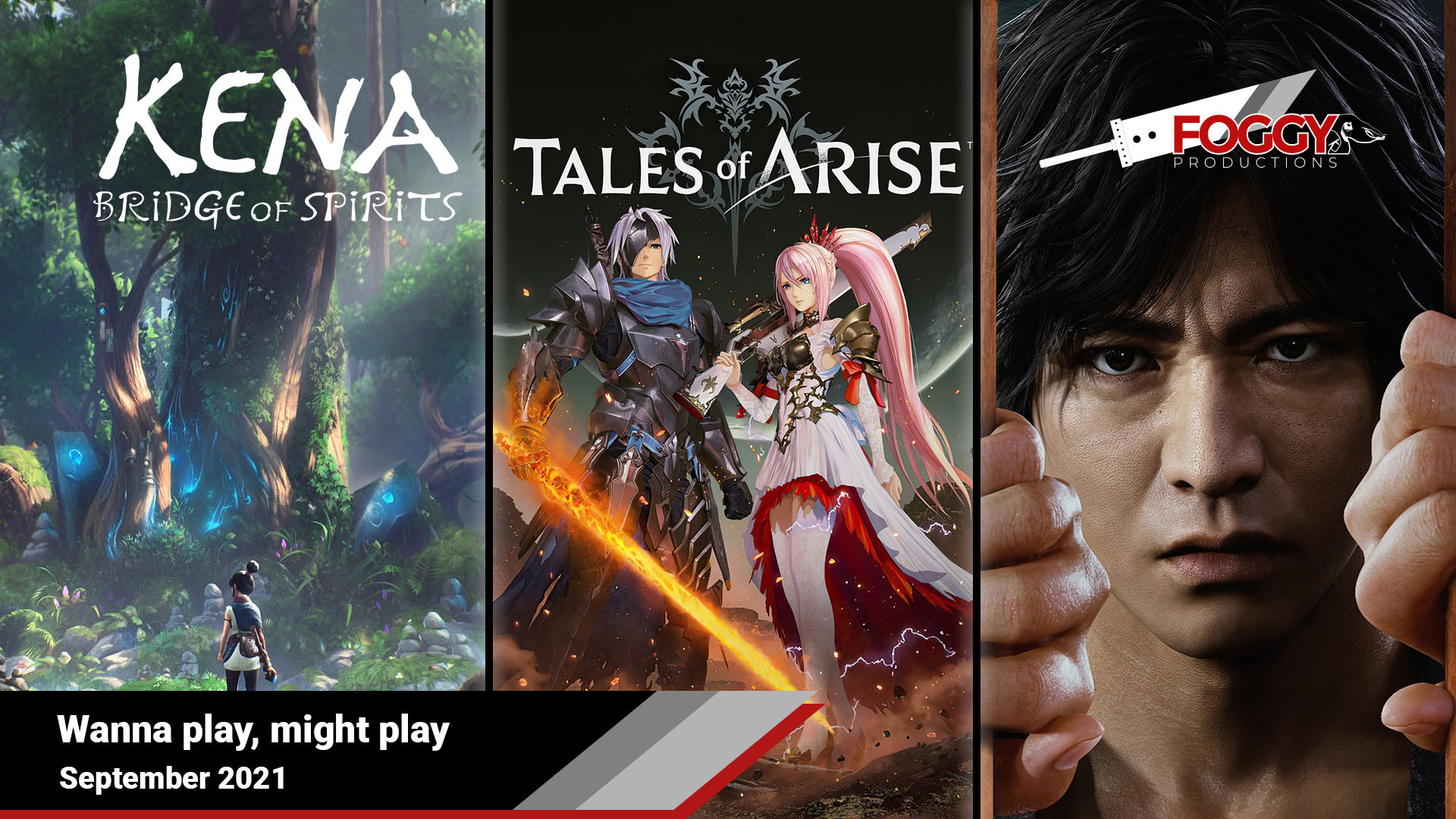 September 2021. is for me filled with Tales, I know that one will last for 100 hours. Check out what I will be playing (or at least I think I will find the time to play it).

Another month, another opportunity to fill my backlog. This month we will get few hot titles, probably some other games that will not be covered here will be your pick (like Deathloop), but overal September is not a bad month. Maybe Tales of Arise, maybe Lost Judgment, who knows! For sure I know it will be impossible to play everything from this list, which honestly sucks, I really want to play all of these games...

The Medium is a psychological horror video game developed and published by Bloober Team. The game was first released only for Microsoft platforms, but it seems that was not enough so we are getting it also on PS5. Neat! Although the game did not went viral, I still plan to at least play it.

The 3rd (4th with the Before the Storm title) instalment is upon us; new adventure where our choices matters. It I was not impressed with anything after the debut title, let's see how this one turns out. This is their first title that will come out as a complete game, while the previous games came out in episodes.

The 17th entry when it comes to Tales series! Wow! I've played them almost all, I miss some on PSP Vita, but overal that is it. I'm a huge fan of the series, and this time I'm not so hyped as they really want to folow that semi-open-world approach, which in my opinion killed the "soul" of Tales games. Last entry I loved was Vesperia, even Berseria at some extend, and for this one, let's see, it does look promising.

After few delayes the game is finaly ready and we can play it in September. Cute platforming adventure that peaqued everyone's interest looking cool, with only downside probably being its shortnes. It's more an indie game than the AAA title, but for sure many of us will play it.

Jagami is back! Yakuza type of games are high on the games that interests me. Sequel to the original Judgment is almost out there and I wish the quality is at least the same with minor fixes what was a problem in the first game. It will also be interresting to see how the combat is improved and what side-missions awaits us (the best parts of their games for sure).

The legend of hack 'n' slash RPG genre is back! One of the best of its genre for sure, a real classic that probably many of you played many times. If I find the time I will squize it on my agenda, but I also have to see if my machine will even run it. Hopefully they didn't changed much from the original game.